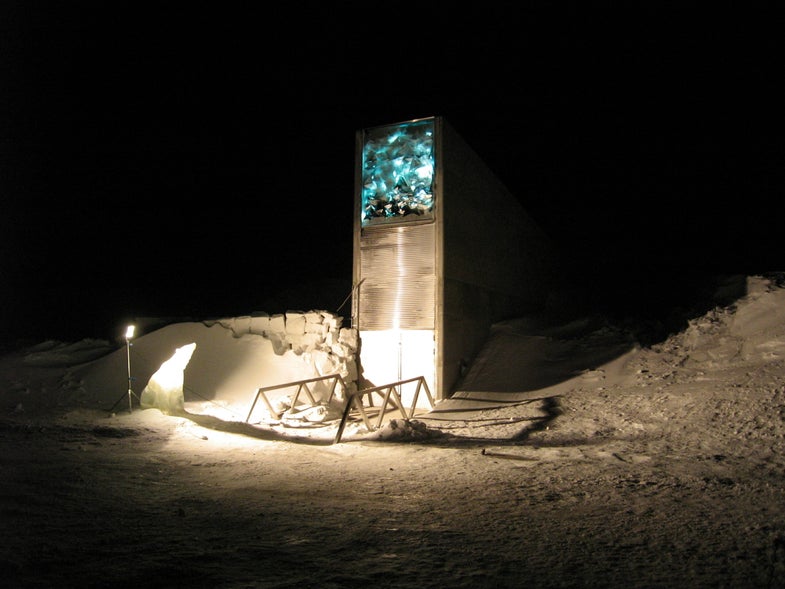 The Svalbard Global Seed Vault is the world’s insurance against worst case scenarios. Since the seed vault opened in the far north of Norway in 2008, hundreds of thousands of seeds have been deposited into the facility situated in the Arctic wilderness, a rainy day fund for the world’s food supply. And it turns out that one country already needs to make a withdrawal.

The seeds are a backup copy of crops around the globe, so that if something truly terrible happens in the future, like disease, drought, or war, a country can rebuild its food supply. For Syria, that unfortunate future is now. The civil war there has devastated the country, causing refugees to flee towards Europe in the thousands. The country’s infrastructure is unstable at best, and its own seed bank was forced to leave the country to prevent it from being utterly destroyed.

The director of Syria’s seed bank program, the International Centre for Agricultural Research in Dry Areas (ICARDA), managed to get many of the country’s seeds out of the country, moving them out of Aleppo, Syria, and into Beiruit, Lebanon back in 2012, as armed forces started to move in. They then sent the seeds to Turkey, Lebanon, and the Svalbard seed bank for safety. But they still need more seeds to re-establish crops lost during the war, and continue research. Now, they’ve requested the return of 130 boxes (116,000 seeds) from the Svalbard location.

Sylvi Listhaug, the Norwegian Minister of Agriculture and Food told Norwegian newspaper VG that the Syrian group wants some of the seeds back in order to plant and harvest in the fall. Seeds from those plants will then be returned back to Svalbar. Listhaug said that the seeds “will be sent to other countries in the Middle East, since Syria is still affected by war, but for security reasons we will not say where.”

Earlier this year, as plans for the seed withdrawal were being drawn up, the creator of the Svalbard seed bank, Cary Fowler told the Australian news company ABC that the Syrian seed bank would likely be re-established in Morocco or Lebanon.