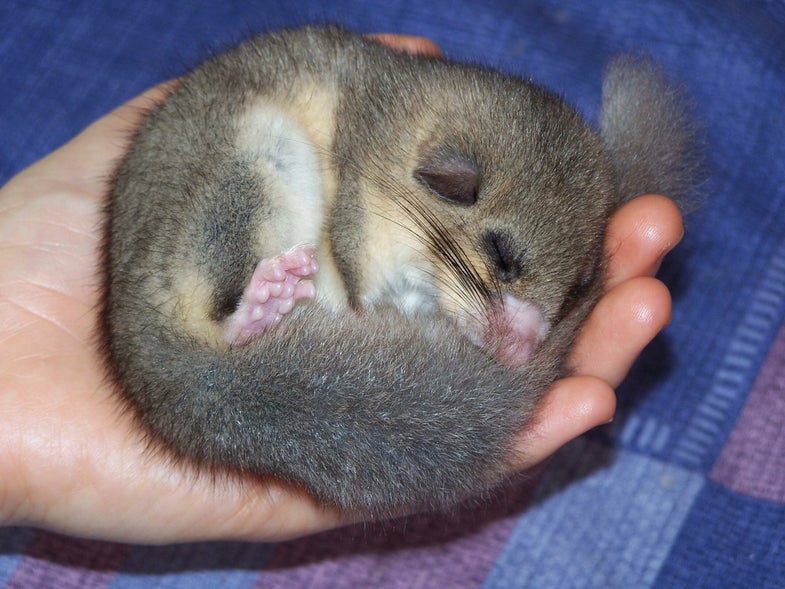 Dormice, like many other creatures, typically spend the winter in a state of hibernation. Their body temperature drops, and their metabolic rates slow. They save energy and live off their fat reserves until spring, when they scamper off to eat and mate.

But some scientists noticed that dormice were vanishing underground even during the summer months. Researchers at the University of Veterinary Medicine in Vienna, Austria captured wild dormice and surgically implanted them with tiny electronic buttons that recorded body temperature every hour. Then they released them and recaptured them a year later to see what the dormice had been up to.

Apparently, not very much. Some of the dormice had just gone back to bed. Claudia Bieber, a co-author on the paper, says this is probably because the environmental conditions weren’t right to reproduce. One of the dormouse’s main food sources is beech tree seeds, but some years the trees fail to produce seeds, a phenomenon known as mast failure. It’s these years, Bieber says, that dormice might hibernate rather than get busy.

Dormice reproduce late in the season, leaving their young only 3 months to fatten up enough to survive their first winter hibernation. They need to pack on about 26 times their body weight before winter to have a shot at surviving, Bieber says. Without bountiful beech seeds, the juveniles will likely die.

Adults may have a better chance of surviving to make future babies if they don’t invest in reproduction during a mast failure year and hibernate instead. “In their underground burrows, they are safe,” says Bieber. They can avoid their predators.

Not every dormouse hibernated through the summer, the study, which was published this month in the Journal of Comparative Physiology B, points out. Only the roundest, plumpest dormice could afford to trade foraging time for safety. But those that did now have the record for longest recorded hibernation in a wild mammal under natural conditions.

Other researchers have fattened up animals in the lab to test the limits of dormancy–a pygmy possum [paywall] holds the laboratory current record, having hibernated for 367 days. Bieber’s research, however, shows that long-term hibernation is a survival strategy that wild animals actually use. Next, the team intends to figure out how a dormouse’s body manages to maintain such a long hibernation.