Ann Makosinski is our young inventor of the year 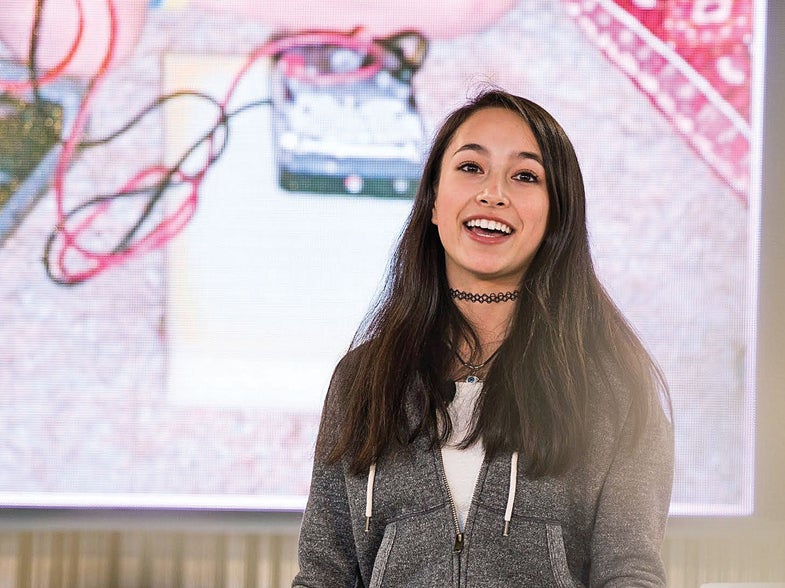 Ann Makosinski’s first serious toy was a box of transistors. She’s been tinkering ever since, creating projects with a hot-glue gun and household items. A few years ago, she used her hobby to solve a real-world problem.

A friend in the Philippines was failing school; without electricity, she couldn’t do her homework at night. So Makosinski devised a flashlight powered by the heat of your hand. It uses peltier tiles, which generate electricity when one side is hotter than the other, to draw energy from the heat difference between hand and air. Makosinski submitted her invention to the 2013 Google Science Fair and won first place in her age group.

She has since nabbed prizes from competitions such as the 2014 Intel International Science and Engineering Fair, and has twice appeared on The Tonight Show Starring Jimmy Fallon. Makosinski is now enrolled at the University of British Columbia in Vancouver, but hitting the books hasn’t stopped her from inventing. Her latest creation is the eDrink, which uses the heat from a coffee mug to charge a phone for 30 minutes.