There Will Be A Gorgeous Meteor Shower This Week 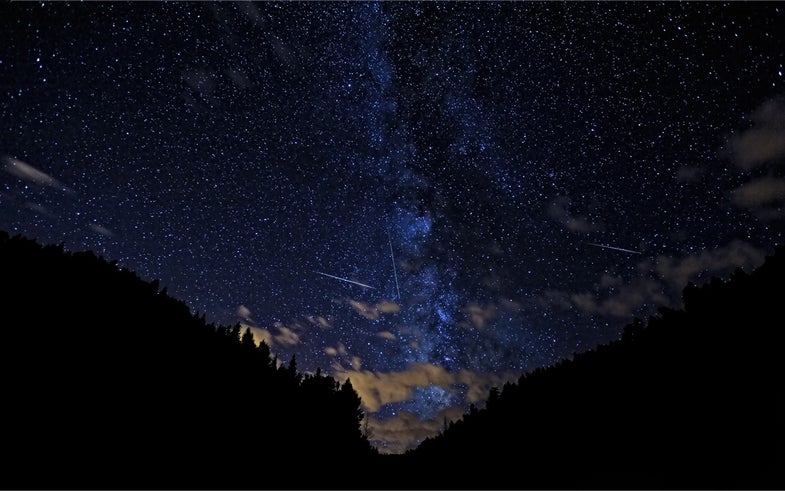 There’s going to be an amazing show visible all over the world this week, and it’s not the Olympics.

This week marks the peak of the Perseid Meteor shower, which occurs every year as the Earth passes through a trail of debris left behind by the Swift-Tuttle comet. During that time, people can see plenty of bright meteors streaking across the sky at speeds of 132,000 miles per hour. It’s a gorgeous, firey sight, best viewed away from city lights in the darkest hours of the night, between midnight and dawn.

“Forecasters are predicting a Perseid outburst this year with double normal rates on the night of Aug. 11-12,” said Bill Cooke with NASA’s Meteoroid Environments Office in Huntsville, Alabama. “Under perfect conditions, rates could soar to 200 meteors per hour.”

If you live in an area with lots of light pollution, or in an area that happens to be cloudy during the best viewing times, don’t worry. Starting at 10:00 pm Eastern Time on August 11 and 12, NASA will broadcast a live stream of the meteor shower online.