A mixture of tricks, techniques, and robotics 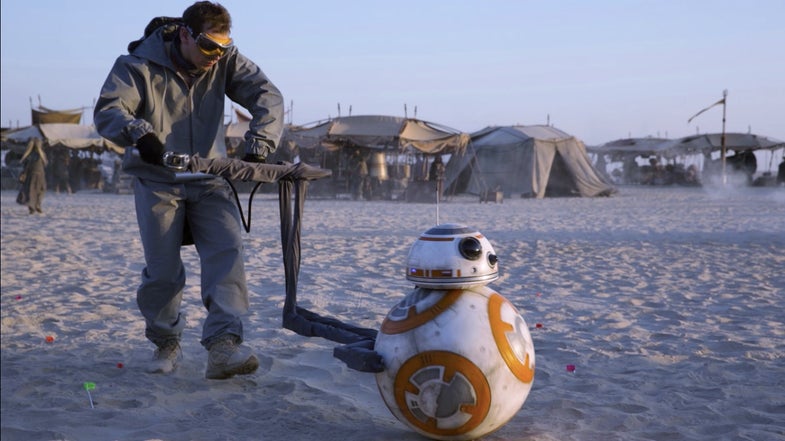 BB-8 came out of Star Wars: Episode VII as one of the most talked-about characters who didn’t have a hole in their heart emotionally or literally (too soon?). Between the toys and props there’s been a lot of talk about just how they made him move in the film.

A panel at Star Wars Celebration Europe answered some of these questions with a lengthy discussion of how they shot the curious new droid in various scenes. Puppet masters were called in, models were made with and without motors, and generally it seems that at some point in the film every possible technique was used.

We’re not here to debate the cinematic pros and cons, so without further ado, go ahead to the video below. BB-8 makes his appearance at the 7:40 mark.