True river dolphins are amongst the rarest and most endangered animals. 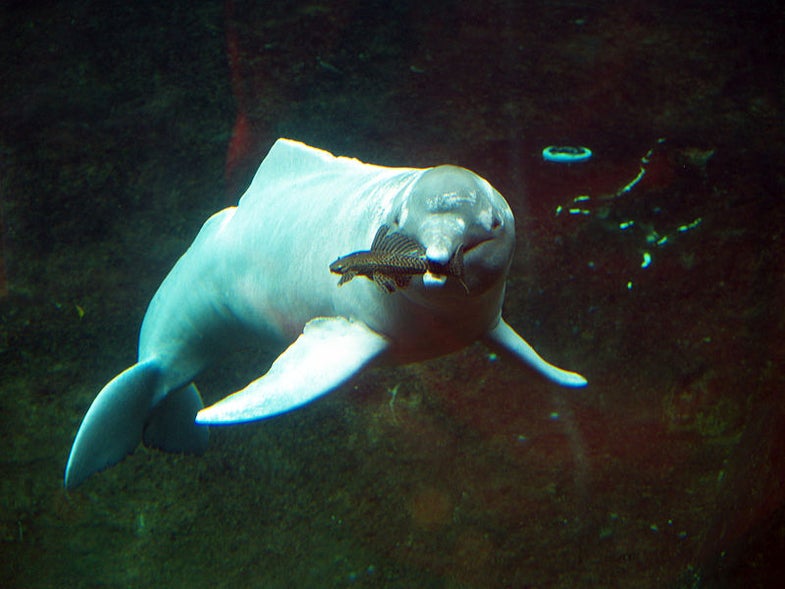 Researchers have discovered a new species of river dolphin in Brazil, named the “Araguaian boto,” the first such finding in nearly 100 years. Genetic work shows that it diverged from other river dolphins more than 2 million years ago. The animals live in the Araguaia River, which is not a tributary of the Amazon River and separated from that watershed about the time the animals diverged from the common ancestor they share with Inia geoffrensis, the Amazon river dolphin.

This species, named Inia araguaiaensis, becomes the fifth true river dolphin, amongst the rarest and most endangered animals. The last river dolphin species to be described, in 1918, was the Chinese baiji, which went extinct in about 2006. Three of the four previously known species are all threatened with extinction, according to the International Union for Conservation of Nature.

Writing in PLOS ONE, the scientists estimate that there are approximately 1,000 Araguaia river dolphins left. They suggest the animal should be listed as “vulnerable” to extinction by the IUCN, and are threatened by fragmentation due to development and construction of hydroelectric dams. The animals differ enough genetically from the Amazon river dolphin and the Bolivian river dolphin that they represent a distinct species, and do not interbreed, the study shows. The new species looks quite similar in outward appearance to its cousin, but they do possess a slightly larger brain case.