How to set parental controls on any phone or tablet

Tips and apps for peace of mind. 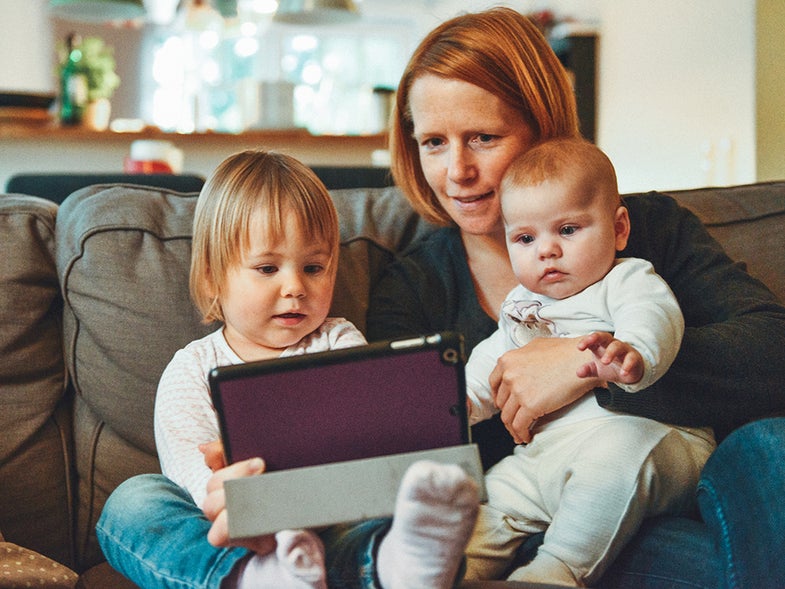 Keep your kids (and your gadgets) safe from harm. Alexander Dummer/Unsplash
SHARE

If you’ve spent any time around youngsters lately, you’ll know that they love flat, shiny touchscreens just as much as the rest of us. That means a son, daughter, nephew, or niece will be quick to “borrow” your phone or tablet—or eventually request a device of their own.

Whether you’re handing your phone to a nagging toddler or sorting out a new tablet for your children, you’ll need to protect the device against unwholesome content, unauthorized purchases, and more. Thankfully, it’s not that difficult. Here’s what you need to do.

Let’s start with a quick fix you can use if a child you’re responsible for wants to borrow your phone. It’s called App pinning, and it’s been part of stock Android since version 5.0. First, head to the Security menu in Settings and turn the App pinning option On. When you do, a second toggle switch will appear—turn it on. Then, users of one app will need to use the same method you use to unlock your phone before accessing the rest of your apps.

A warning: Even though App pinning limits external users to one app, said app might open another one and your operating system won’t be able to stop it. If you’re letting your little nephew borrow your phone to play, you probably won’t have to worry about your privacy. But if you realize your device is now in a language you can’t speak, now you know why.

App pinning is a good temporary fix, but if you want to go for something more comprehensive, you can set up a dedicated user account for a frequent guest. Open System and then go to Advanced. There, choose Multiple users, turn the toggle switch on, and finally, tap Add user. This doesn’t add much in the way of parental controls, but it does create a phone-within-a-phone kind of experience, and the new user’s apps and settings will be totally separate from yours. To change accounts, drag down from the top of the screen to open the Quick Settings menu, and tap the user icon—it’s to the left of the settings’ cog wheel. Once there, tap the name of the user you want to switch to.

Android tablets used to have a special “restricted” mode, which allowed parents to control which apps and services their kids could use. This was later replaced (on both tablets and phones) by Family Link, giving parents more capabilities and even allowing them to control their kid’s devices remotely. Recently, Google launched Kids Space, a built-in safe mode that, among other functionalities, automatically enables all parental control settings, and only gives access to curated and age-appropriate content on both YouTube and Google Play. This new feature was initially developed for the Lenovo Smart Tab M10 HD Gen 2 tablet, but the company says it’ll hit other devices soon.

[Related: How to find a tablet that works for you]

The main place to find parental controls on Android, whether for your main user account or one you’ve set up for your kids, is in the Google Play Store app. Open the main app menu, tap Settings, then Parental controls, and switch them on. You can set age limits for all the content that comes through Google Play, including games, films, shows, magazines, books, and music.

YouTube has its own set of kid-proofing capabilities. Your best bet for child-friendly video-watching is the separate YouTube Kids platform, which uses Google’s algorithms and filters to keep little ones away from stuff they shouldn’t be seeing (though they have failed in the past). The classic YouTube app didn’t have any parental control features until recently, when Google launched Supervised Accounts. This functionality is specifically aimed at children that have outgrown YouTube Kids, but are still too young to use YouTube by themselves (in the US, only people 13 or older can legally use the platform unsupervised). This type of supervised account automatically blocks certain content and ad categories, and parents get to see their kid’s viewing history and set screen timers through Family Link. The feature will roll out in the coming months.

If this is still not enough to keep the younglings at bay, third-party apps can help plug the gap. Kids Place and Kids Zone both let children run the apps you’ve approved and nothing else, while a tool such as AppLock puts PIN protection on individual apps, preventing youngsters from running anything you don’t want them to. Meanwhile, apps like MMGuardian let you remotely monitor and control activity on your child’s phone. This means you control which apps can run, at which times, and the software will filter out any inappropriate content from apps and the web.

In the land of Apple hardware, kid-proofing devices is fairly straightforward. On iOS and iPadOS, there’s a feature called Guided Access, which will prevent your kids from switching to other apps without a PIN code—find it under Accessibility in the Settings app. If you’re used to Android, this feature is a lot like app pinning.

When you activate Guided Access, be sure to turn on the passcode lock (or biometric protection) and decide how long you want it to sit untouched before the display locks on its own.

Once it’s been enabled, you can launch Guided Access for whatever app you or your kids are currently using with a triple-tap on the side button or Home button, depending on your device. At this point, you can also disable certain areas of the screen, lock the volume controls, and even set a time limit for the app. Another triple-tap on the same button will end Guided Access, but your kids won’t be able to escape from whatever app you’ve left them in without your PIN code, fingerprint, or face.

Guided Access works for single apps, whether on your personal device or one specifically for your kids. Elsewhere, the bulk of Apple’s parental controls are inside Screen Time. Once you find Screen Time in Settings, go to Content & Privacy Restrictions. Turn the toggle switch on to take control over web browsing, camera use, App Store purchases, and more. Make sure you set up a Screen Time passcode to secure your settings, or else anyone who finds their way in will be able to lift any restrictions you’ve put in place.

The limits you can set here are more comprehensive than they are on Android. It’s possible to block access to Siri and FaceTime, prevent apps from being installed or deleted, and build a list of approved websites. Don’t worry about having to undo everything when you get your device back either—turn the toggle switch off and it’ll deactivate any restrictions or limits you’ve set up. When it’s time to give the device to a child again, turn it on and it’ll be kid-safe.

You will be able to tweak privacy settings for non-Apple apps, too, like preventing them from accessing your photos or sharing your location, it’s always worth double-checking that the apps you have on your iPhone or iPad have built-in controls. If you can’t restrict an app to your satisfaction, you might want to remove it completely or find a child-friendly alternative, such as YouTube Kids.

You won’t find the same range of parental control apps on the iOS App Store as you will on Android because Apple’s mobile operating system just doesn’t give third-party apps as much control as Google’s does. But there are still control options, such as Norton Family, which is essentially an alternative web browser with extra filtering and monitoring controls. The more comprehensive iOS parental control apps require special setup and have mixed reviews, so it’s usually best to stick to what Apple provides.

Overall, iOS has better built-in options for putting limits on your kids and Android has a better selection of third-party apps. That said, no matter the make and model of the device you’re trying to protect, you should be able to put together something suitable for kids of any age. At the same time, remember the importance of educating children about social media and online security. Eventually, they’ll be ready to explore the internet without training wheels—so make sure they stay safe when they do.