This male birth control worked for over a year (in monkeys)

It gives ‘are you gellin’?’ a whole new meaning 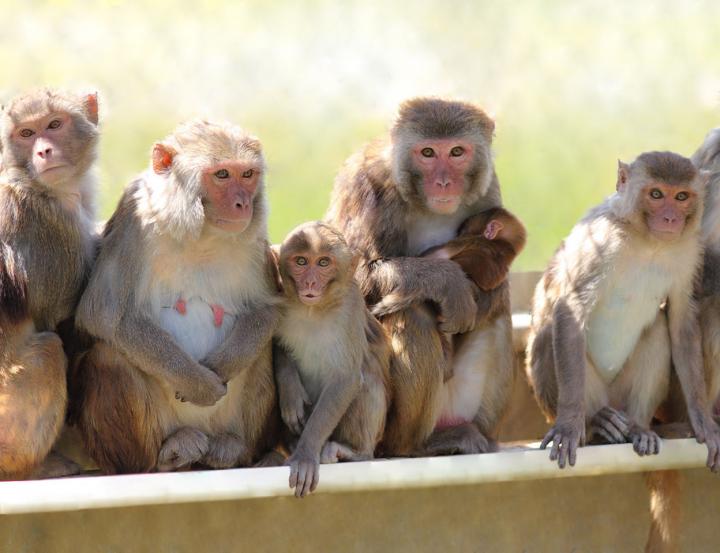 Nearly half of all pregnancies in the United States are unintended. That’s 2.8 million pregnancies a year, at least as of 2011—and that’s the lowest it’s been in three decades. We have better contraceptives (and more access to them) to thank for that decline, but if 45 percent of all pregnancies are accidental, there’s still a lot of room for improvement.

That’s why the recent wave of studies on male contraceptive options has been so exciting—if both sexes can use a form of birth control (other than condoms), we can reduce the number of unintended pregnancies even more. And a recent study suggests that one of these methods for men already works in monkeys.

Monday’s paper in the journal Basic and Clinical Andrology showed that injecting a gel into male rhesus monkeys’ reproductive parts was almost 100 percent effective in preventing pregnancy in their sexual partners. The gel, also known as Vasalgel, works by physically blocking sperm from moving through the vas deferens during ejaculation. This is similar to how a vasectomy works—mechanical blockage, as opposed to some hormonal method—but Vasalgel is more easily reversed than a surgical procedure, because the gel can be flushed out of the vas deferens with a simple injection. Researchers at California National Primate Research tested the gel in 16 adult male rhesus monkeys by performing the procedure, then allowing the monkeys to live amongst fertile females for one to two years. There were no pregnancies.

As with any surgical procedure, there were some complications. One monkey experienced leakage from the vas deferens as a result of incorrect gel placement and another developed a small lump from sperm that had pushed through the vas deferens. In both cases, the monkeys had vasectomies to repair the damage. Those aren’t insignificant side effects, but they’re not outrageous when you consider the standard physical costs and risks of most other forms of birth control. Some women with intrauterine devices (IUDs) end up with an infection that can leave them infertile, or at the very least hospitalize them. Hormonal birth control gives some women blood clots and strokes.

Since the gel hasn’t hit human clinical trials yet, we don’t know yet if human men will have more side effects than their monkey counterparts. But a highly-effective form of lasting birth control could be huge. Human error in using contraceptives is a big factor in accidental pregnancy. If everyone used condoms perfectly (and used no other form of contraception), only 2 out of every 100 couples relying on them would get pregnant. In reality, 12 out of every 100 people do. People aren’t perfect. They forget to pinch the end of the condom, or they don’t use enough lube, or—for a terrifyingly high 15 percent of men—the condom isn’t actually used for the entirety of the encounter.

Contraceptives like IUDS have much higher rates of efficacy in part because they eliminate human error. No matter how you have sex, the IUD will stay inside your uterus and will prevent pregnancy—that’s why they work over 99.9 percent of the time. Vasalgel could be like that, but for men—and in all likelihood will come with fewer dangerous side effects.

In the meantime, please use your birth control properly. I never thought I would have to say this, but here goes: you have to keep condoms on the whole time for them to work. The end is the most important part.