A bill in New York state is betting on it. If passed, it would be the first of its kind in the nation. 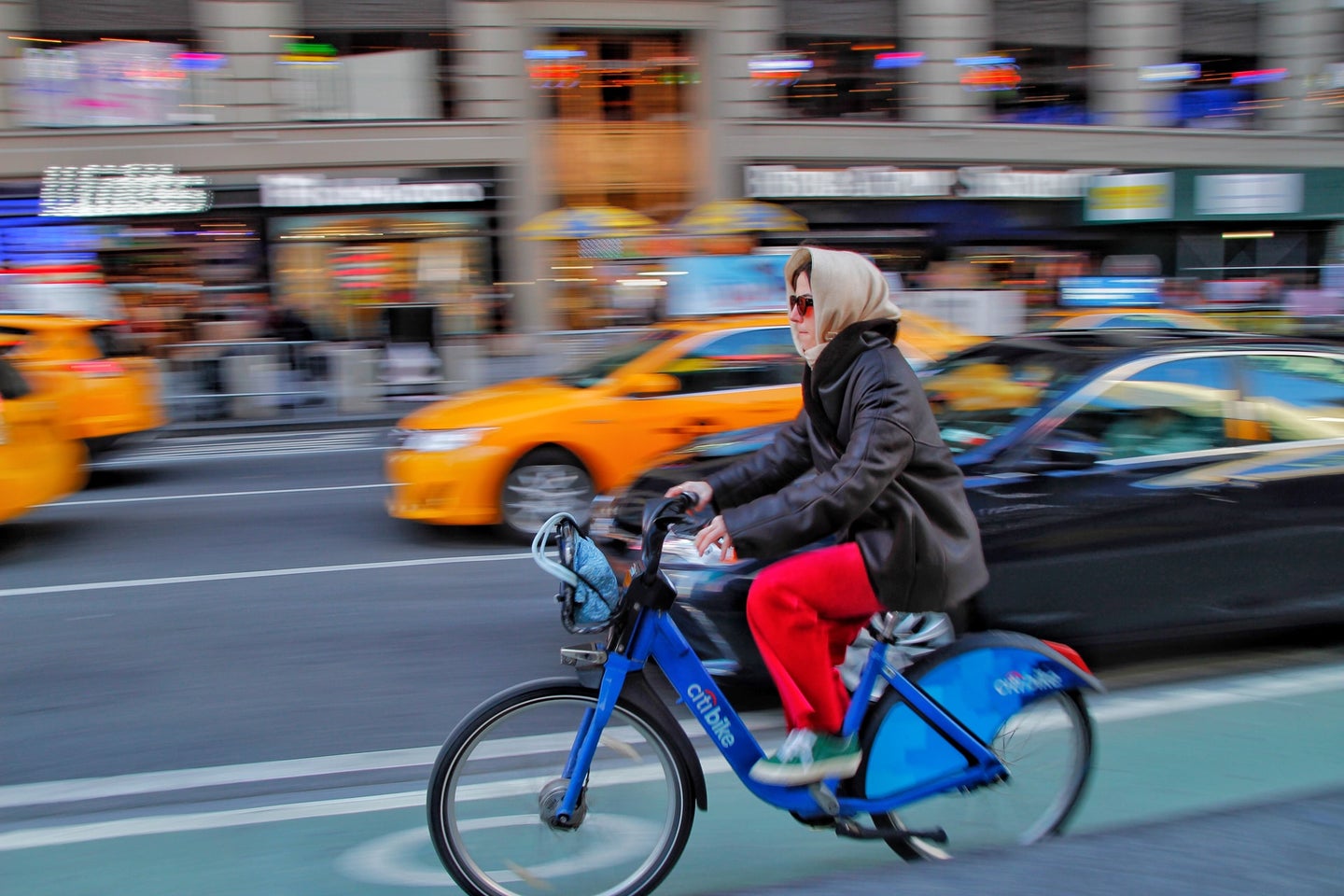 A bill is betting on the fact that cameras could deter drivers from blocking bike lanes. Tom Dillon / Unsplash
SHARE

Bike-lane-blocking drivers, beware—the New York legislature is considering a bill introduced in late May that calls for installing cameras alongside these protected paths in New York City. The tech would be used to monitor cars that illegally park or drive in bike lanes, and the city’s transportation department would then use that footage to fine those drivers $50 by mail. The goal is to make these lanes, which run for more than 1,000 miles across the five boroughs, safer for bikers.

New York State Assembly member Zohran Kwame Mamdani posted a lengthy Twitter thread in June to explain why he introduced the bill to the Assembly, writing: “Every day across NYC, cyclists like myself go head to head with cars in bike lanes—an incredibly scary and dangerous experience.” In one of the tweets, he included a video of a cyclist being confronted by a driver trying to use the lane, who then spat on the cyclist when she refused to yield to the car.

[Related: US pedestrian deaths are reaching a new high]

While New York City has invested heavily in bike lanes in recent years, adding nearly 30 miles of protected lanes in 2020 alone, cycling deaths have yet to see a significant decrease. Mamdani believes this legislation could help deter drivers from creating potentially dangerous situations. He cited the City’s claim that installing speed cameras in 750 school zones has reduced speeding violations by an average of 72 percent since 2014 as one example of why this measure would be effective. New York City also has cameras monitoring bus lanes, which similarly ticket drivers who enter into these dedicated lanes.

The proposed bike lane legislation would cap the number of cameras allowed throughout the city at 50, which Mamdani told Bloomberg was per the Department of Transportation’s request and signals the agency’s willingness to implement the measure if it is passed. Mamdani said he and New York State Senator Brad Hoylman, his Senate co-sponsor, plan to reintroduce the measure in January 2023, at which point they hope to have garnered enough support to get it through the Assembly and Senate. If it succeeds, it would be the first such use of cameras to protect bike lanes in the nation, according to Bloomberg.