These “MagRobots” can specifically target toxins in dairy that survive pasteurization. 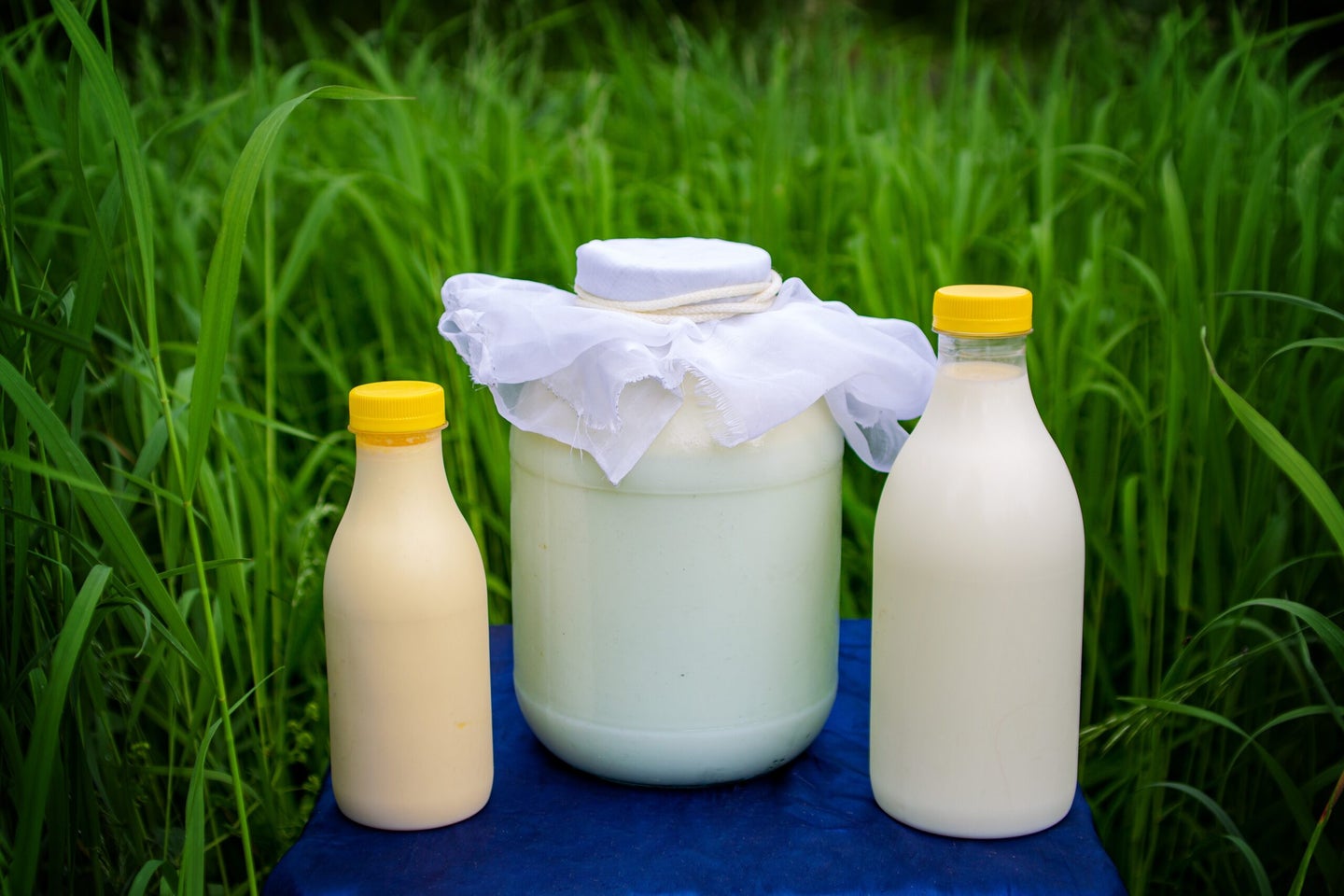 A perfect mix of chemistry and engineering has produced microscopic robots that function like specialized immune cells—capable of pursuing pathogenic culprits with a specific mugshot.

The pathogen in question is Staphylococcus aureus (S. aureus), which can impact dairy cows’ milk production. These bacteria also make toxins that cause food poisoning and gastrointestinal illnesses in humans (that includes the usual trifecta of diarrhea, abdominal cramps, and nausea).

Removing the toxins from dairy products is not easy to do. The toxins tend to be stable and can’t be eradicated by common hygienic practices in food production, like pasteurization and heat sterilization. However, an international group of researchers led by a team from the University of Chemistry and Technology Prague may have come up with another way to get rid of these pesky pathogens: with a tiny army of magnetic microrobots. Plus, each “MagRobot” is equipped with an antibody that specifically targets a protein on the S. aureus bacteria, like a lock-and-key mechanism.

In a small proof-of-concept study published in the journal Small, the team detailed how these MagRobots could bind and isolate S. aureus from milk without affecting other microbes that may naturally occur.

Bacteria-chasing nanobots have been making waves lately in medicine, clearing wounds and dental plaque. And if these tiny devices can work in real, scaled up trials, as opposed to just in the lab, they promise to cut down on the use of antibiotics.

In the past, microscopic robots have been propelled by light, chemicals, and even ultrasound. But these MagRobots are driven through a special magnetic field. The team thought this form for control was the best option to go with since the robots wouldn’t produce any toxic byproducts, and can be remotely accessed for reconfiguring and reprogramming.

To make the MagRobots, paramagnetic microparticles are covered with a chemical compound that allows them to be coated with antibodies that match with proteins on the cell wall of S. aureus. This allows the MagRobot to find, bind, and retrieve the bacteria. A transversal rotating magnetic field with different frequencies is used to coordinate the bots. At higher frequencies, the MagRobots moved faster. Researchers preset the trajectory of the microrobots so that they would “walk” back and forth through a control solution and a container with milk in it in three rows and two columns. They are retrieved using a permanent magnet.

During the experiment, MagRobots that measured 2.8 micrometers across were able to remove around 60 percent of the S. aureus cells in one hour. When the MagRobots were placed in a milk containing both S. aureus and another bacteria, E. coli, it was able to avoid the E. coli and solely go after the S. aureus.

“These results indicate that our system can successfully remove S. aureus remaining after the milk has been pasteurized,” the researchers wrote. “Moreover, this fuel-free removal system based on magnetic robots is specific to S. aureus bacteria and does not affect the natural milk microbiota or add toxic compounds resulting from fuel catalysis.”

Additionally, they propose that this method can be applied to a variety of other pathogens simply by modifying the surfaces of these microrobots.