The company figured out how to fit three times more qubits on a quantum computer chip. Here's what's next. 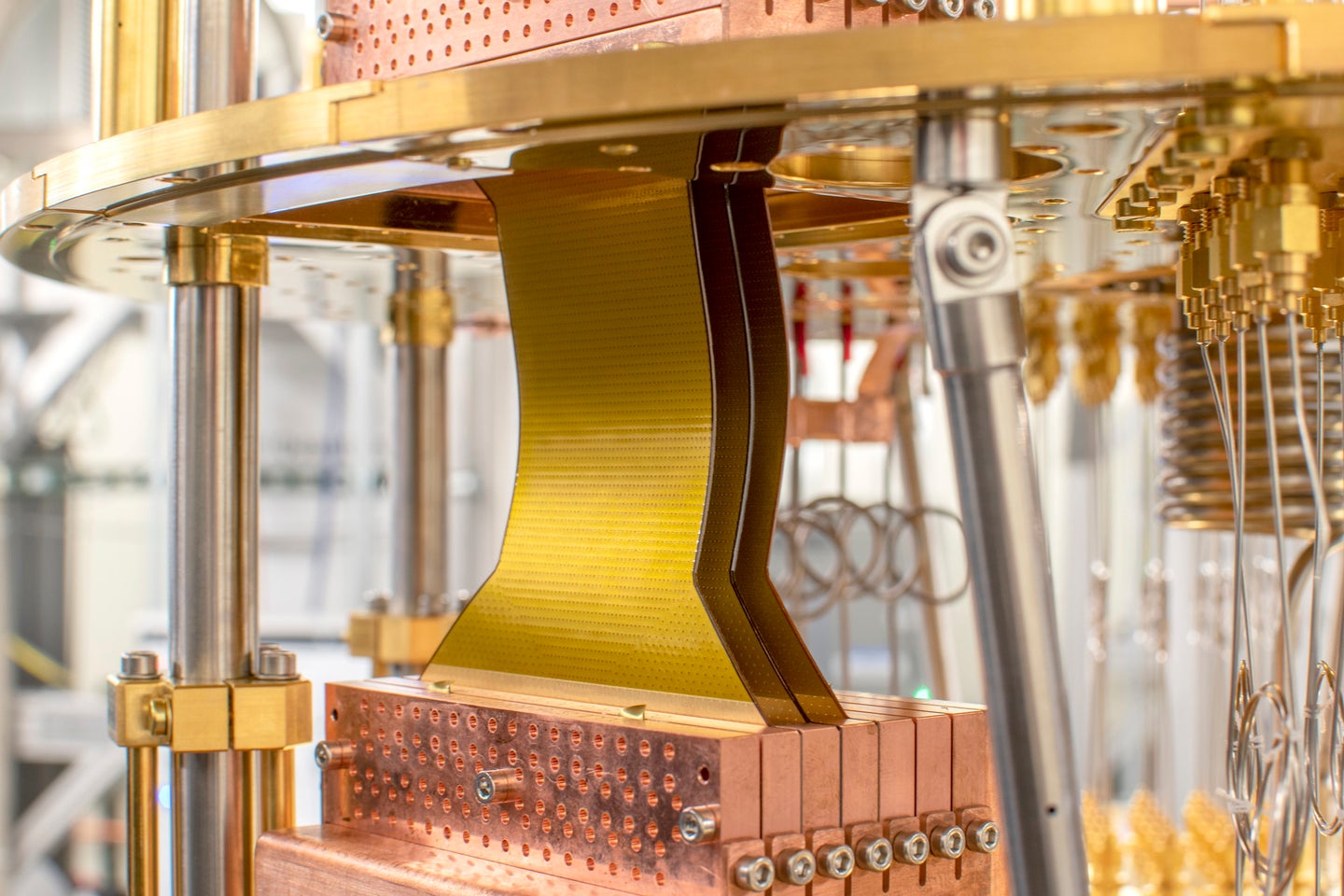 Quantum computers, though delicate and finicky in their present forms, promise to excel at a specific set of tasks. For one, they should be able to solve certain types of math problems involving linear algebra faster and more accurately than classical computers, due to a quirk in their design.

In the quantum field, IBM’s researchers have been hard at work, updating their suite of hardware and software inside a device that aims to solve problems deemed difficult or impossible for the best classical computers available today.

In May, IBM unveiled an ambitious roadmap towards making quantum computing both more powerful and more practical. At the IBM Summit this week, the company announced the checkpoints they’ve hit so far, including a newly completed 433-qubit processor called Osprey, and updated versions of their quantum software.

For these devices to maintain their quantum properties, they need to be kept at very cold temperatures using specialized fridges and cooling systems. IBM shared a progress report on where they are in assembling the different parts that will comprise their 2023 cryogenic fridge infrastructure, which is called System Two. It will be responsible for containing all the quantum computing equipment and keeping it stable.

IBM’s quantum chips are named after birds. Osprey, which is almost three times larger than a previous 127-qubit chip called Eagle, uses many of the same technologies and designs, like a hexagon lattice structure on the chip surface that holds all the qubits. But 400 qubits can be a lot to manage, so engineers are constantly experimenting with fabrication techniques or small changes in design to make the processors less noisy and more efficient.

“Everytime you need to engineer it to be 3x, there’s things that come into play to make sure it works,” says Jerry Chow, director of quantum hardware system development at IBM Quantum. “With the Osprey, a lot of it comes down to further developing and scaling the multi-level wiring that was common in the Eagle stack, but also ways of optimizing it in order to pack more qubits together and route them together.”

One way of doing this is by tweaking a structural component in the quantum computer: Replacing the hand-crafted coaxial cables with a ribbon-like higher density cabling called flex wiring reduces the overall size footprint (and cost). These ribbons can also be pancaked and stacked together in a staircase fashion to connect the different plates of the fridges. This change can increase the amount of signals that can get relayed.

Along with new processors, the team announced new generations of control electronics, and improvements to older chips like Eagle and Falcon.

One metric IBM has been trying to improve across all its chips is the coherence time of the qubits. Coherence time refers to how long the qubits stay in their wave-like quantum state. Qubits can lose this property if there’s too much noise interference from other qubits and the environment, which can result in decoherence. That messes with the results of calculations. The coherence time, how long it takes to do a quantum gate, and the number of qubits available are factors that determine the performance of a chip. They also set a limit on the size of problems that a certain device can take on.

[Related: In photos: Journey to the center of a quantum computer]

Right now, the median coherence time for Osprey is around 70 to 80 microseconds. Chow and his colleagues have been boosting the coherence times of qubits on earlier chips like Eagle and Falcon by a factor of three.

“Falcon increased by a factor of three to around 300 to 400 microseconds. Eagle, last year when we released it, it was in the 90 microsecond to 100 microsecond range,” Chow says. “Now, we have our Eagle revision three which can also hit 300 microseconds of coherence times.”

The second revision of Osprey, which is already being put together, shows a similar improvement in its coherence times.

IBM hasn’t released Osprey yet to any clients. “It’s still in the phase of working out how well it works, characterizing it,” Chow says. “We certainly have coherence times and some of the more fundamental aspects of it, but we’re still going to work on bringing it up in a full system over the next few months leading towards client deployment early next year.”

The summit was also an opportunity to demonstrate all the applications that IBM’s partners have found so far with quantum technology, including using it for detecting gravitational waves, finding fraud in card payment data, calculating weather-related risks for energy storage problems, and simulating the properties of molecules to design new materials.