The 'SpeedFolding' robot is still not as fast as a human. 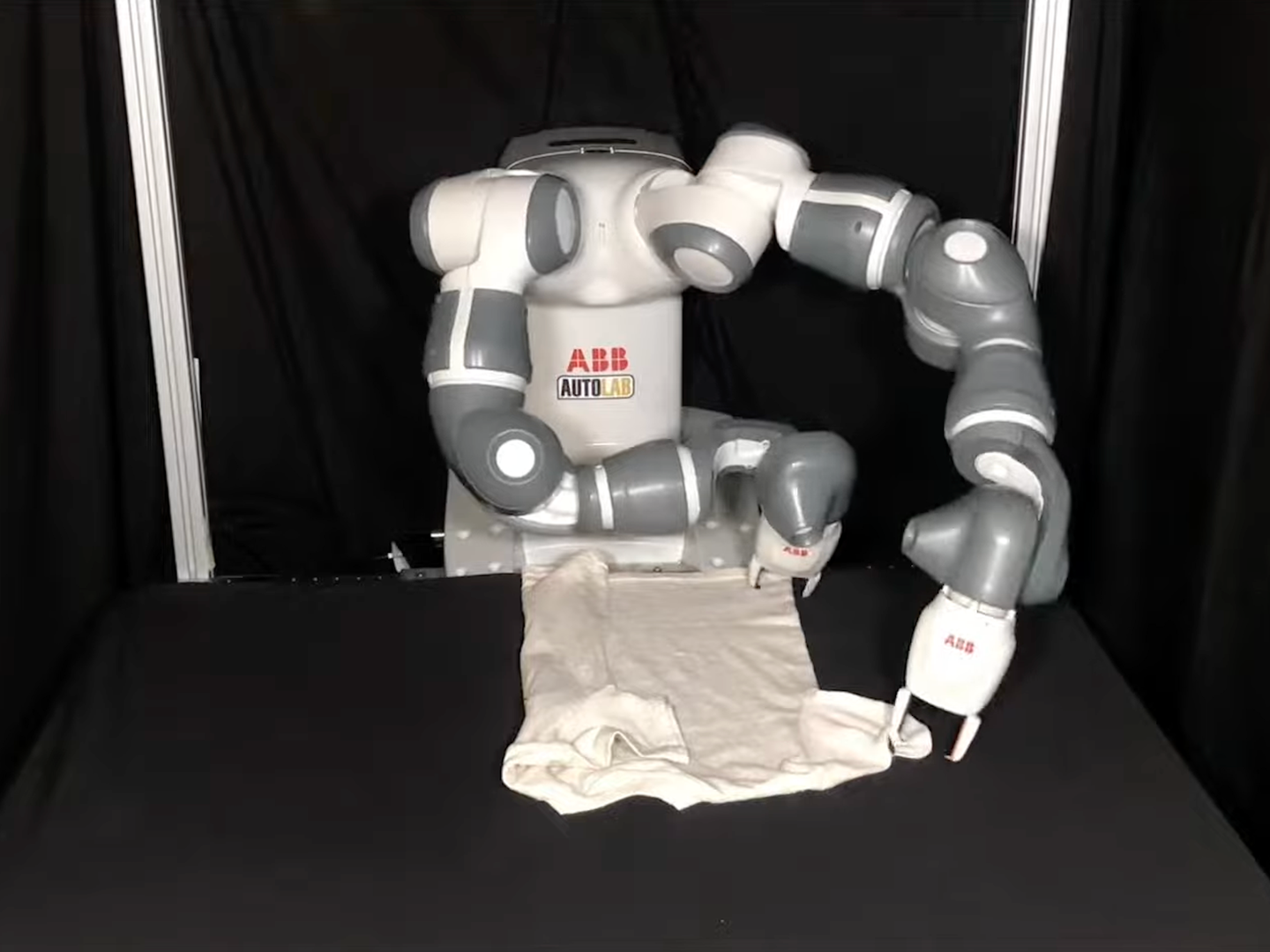 Researchers at UC Berkeley’s AUTOLAB recently unveiled a new robot whose neural network allows it to fold 30-40 randomly disheveled garments per hour, an astounding new speed record for automated bots. While the machine still (unfortunately) trails human capabilities by a considerable amount, its cuteness coupled with its amusingly to-the-point name makes up for any remaining laundry lag time. Everyone, say hello to SpeedFolding.

According to UC Berkeley designers and a subsequent writeup earlier this week via ArsTechnica, SpeedFolding utilizes a neural network called BiManual Manipulation Network, a pair of industrial robot arms, and an overhead camera system to analyze each wrinkly, unfolded garment. From there, it can subsequently arrange the fabric into shape on average in under two minutes, with a 93 percent success rate.

SpeedFolding learned how to properly and quickly fold through studying 4,300 human and machine-assisted examples. Coupled with the extra arm (previous, similar robots usually only employed one limb or none at all), SpeedFolding essentially blows all past iterations out of the water, given that the previous record only clocked in at between 4-6 folds per hour.

The AUTOLAB team employed an ABB YuMi industrial robot featuring gripper fingertips “extended by small 3D printed teeth to improve grasping.” As Ars Technica notes, a similar product runs for about $58,000, so don’t expect to see SpeedFolding in households anytime soon. In the meantime, however, homeowners are welcome to automate their vacuuming with something like a Roomba, whose makers at iRobot recently were acquired by Amazon to the tune of $1.7 billion.