Why the Air Force wants to put lidar on robot dogs

Using laser-based sensors on robot dogs or drones is a way for the Air Force to survey damaged buildings at a base like Tyndall in Florida. 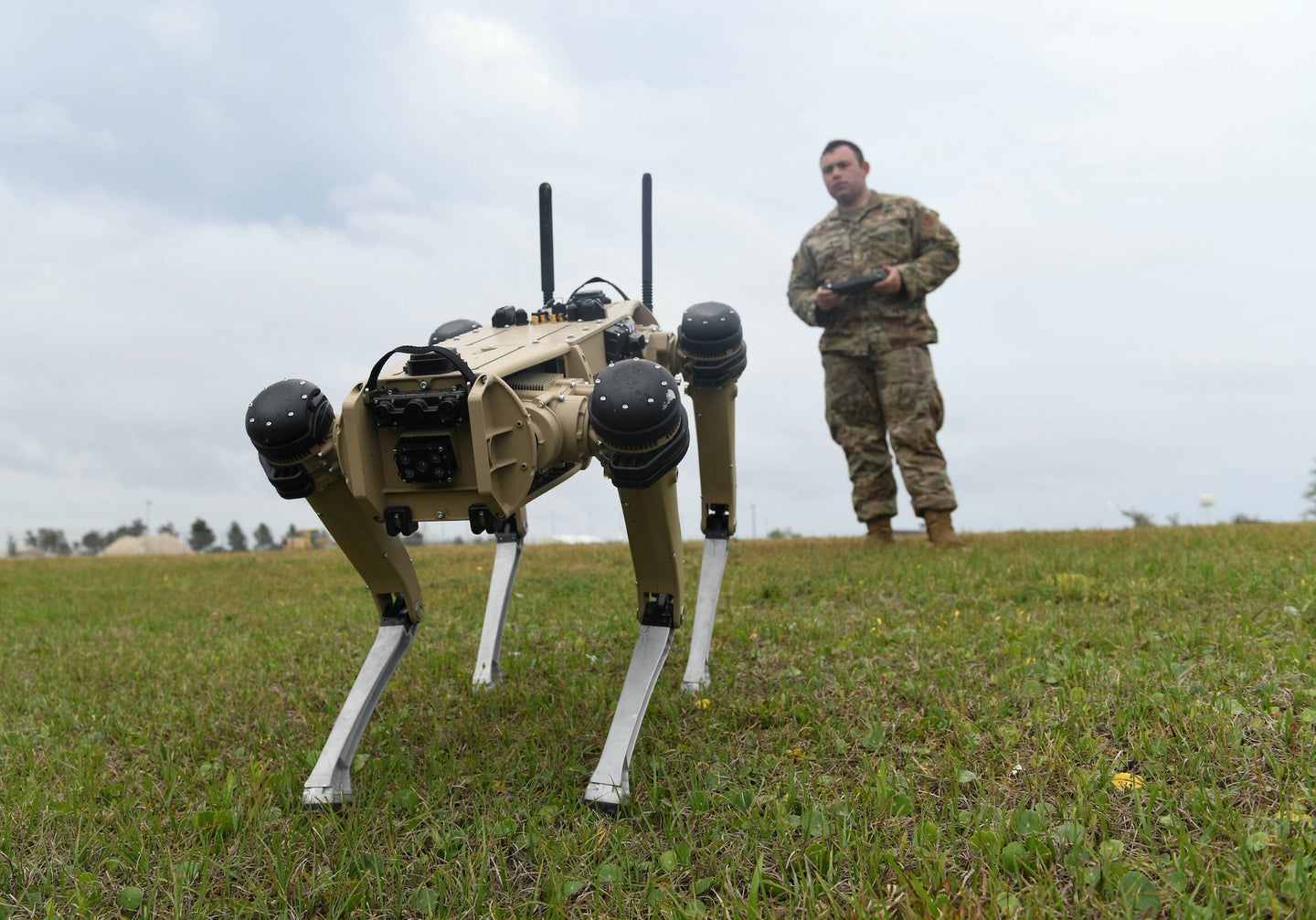 What might it take to rebuild an Air Force base after a direct hit? In 2018, Hurricane Michael tore through Tyndall Air Force Base on the Florida panhandle, damaging planes and facilities alike. Restoring the place, while safeguarding against future disasters, is an ongoing task, and it’s one the Air Force is treating as a learning exercise. To that end, it’s experimenting with how laser sensors, on drones and robot dogs, can map damage before a human even has to set foot in a collapsing building.

“Imagine being able to see the components of a potentially dangerous situation in live 3D and in fine detail without even having to survey the area,” says Brian Goddin, from the Air Force Installation and Mission Support Center public affairs, in a video produced by the military.

As he speaks, the video highlights the interior of a garage. The laser-constructed vision is surreal, almost unearthly, with objects visible not as whole forms but instead reflected lines adjacent to each other in space. The imaging tool is lidar, which stands for light detection and ranging, and while the results are a little weird, it’s clear enough to showcase roof damage in the garage. Also visible is construction around the facility, and a large armored vehicle parked at the end.

Putting lidar on drones and on ground robots gives the military a way to map the interior of a building with a machine. With that lidar data transmitted to the computers in a command center, or even just the tablet of an operator sitting outside the building, a human can see what the robot sees, and direct the robot accordingly. (In the civilian world, lidar sensors are commonly used on self-driving cars as one tool for the vehicles to perceive the world around them.)

Goddin’s presentation, released online December 9, 2021, shows lidar mounted on Spot, the Boston Dynamics dog-shaped robot. Ghost Robotics Q-UGV machines, also dog-shaped and sensor-rich, have been used to patrol the perimeter of Tyndall AFB, making Spot the second breed (or brand) of robot dog to serve the needs of the base.

While all of this mapping at Tyndall is happening in the wake of Hurricane Michael, creating a virtual 3D model of the buildings as they stand can guide future repair. Such a virtual model is a useful tool for regular maintenance and repair, and it provides a record of a prior state should disaster strike again.

Such techniques could also allow better investigations of failure after the fact. By comparing lidar scans of downed or wrecked craft to those before launch, and to surviving aircraft that made it back from a fight, the Air Force could understand how to better make more durable craft. Scanning a wrecked plane with lidar also lets rescue workers and recovery teams know if and how they should act to save pilots and passengers, suggested Javier Rodriguez, a technician stationed at Tyndall.

“Lidar is the gold standard, because we can get information we couldn’t get from just pictures,” said Sean Cloud, Air Force program manager for the Rapid Airfield Damage Assessment System, describing a use case in the same video for fixing a runway after an attack. “We can calculate how much material we need to repair based on the craters and fill volume.”

Calculating the amount of concrete needed to fix a pothole isn’t the flashiest use of robots and lasers. Yet it’s that kind of routine work, thoroughly unglamorous, that lets runways stay functional and keeps planes in the sky.