A Swedish engineer's 'Commodordion 64' looks as hard to play as it is to announce. 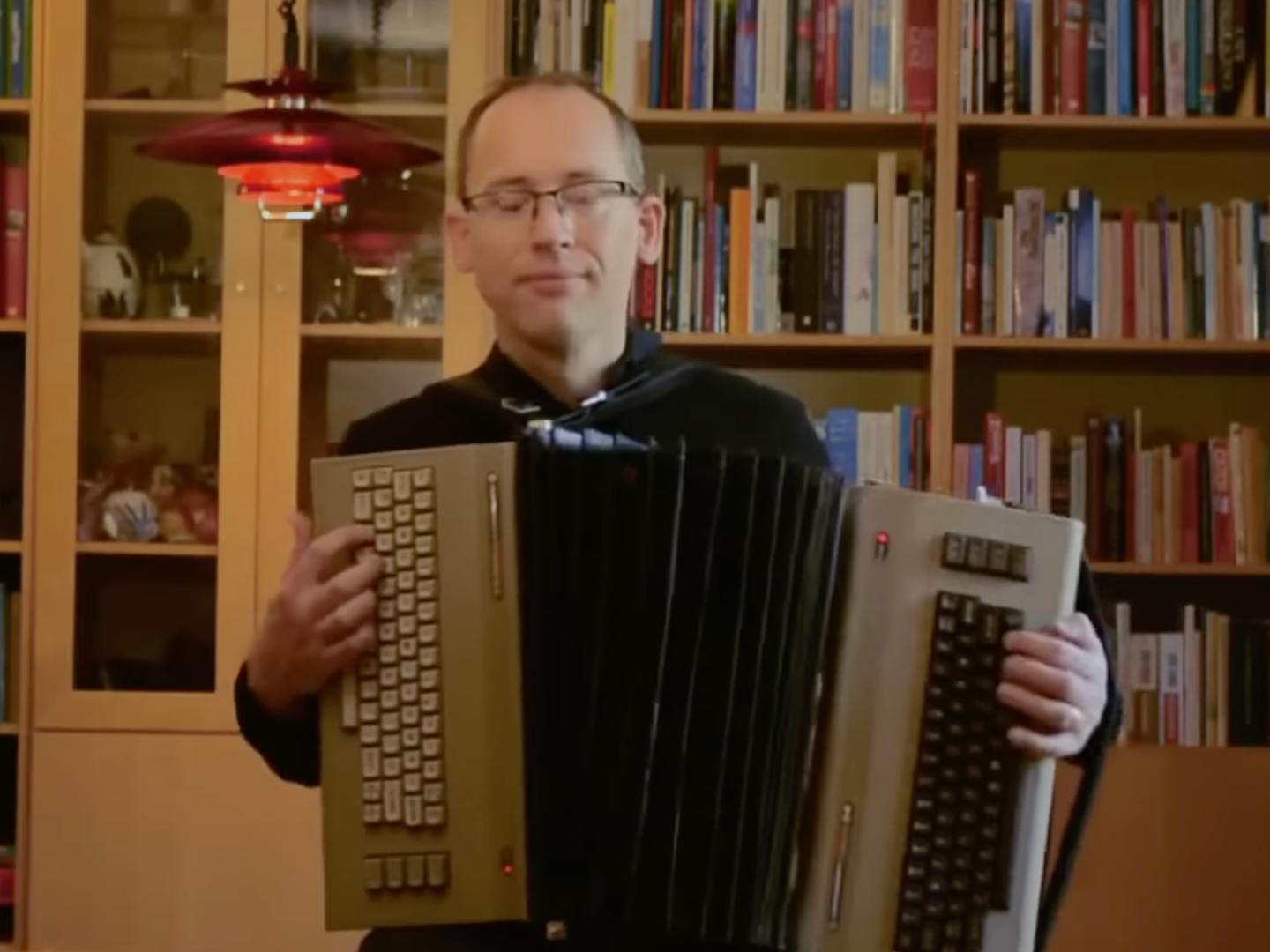 There are few pieces of computer history more iconic and, at one time, ubiquitous as the Commodore 64. Produced between 1982 and 1994, the C64 still holds the Guinness World Record for all-time bestselling desktop computer—but it’s probably pretty safe to say that of the roughly 12.5 million units sold, only two of them were subsequently programmed to become an adorable, 8-bit “accordion.”

[Related: How technology can help you learn a musical instrument.]

Readers, please behold the “Commodordion,” a ridiculous, adorable musical contraption built using two C64 keyboards, custom software and wiring, as well as a bellows painstakingly constructed from taped-together floppy disks. First unveiled in late October by Linus Åkesson, a Swedish software engineer, YouTuber, and, as his video showcases, accomplished musician, the Commodordion looks predictably as difficult to play as the portmanteau is to pronounce. Åkesson, however, makes the whole thing look relatively simple, demonstrating his wonderful setup through an extremely impressive rendition of Scott Joplin‘s “Maple Town Rag” from 1899.

As Åkesson explains in his 11-minute video, the Commodordion intentionally builds off of his previous projects, the Sixtyforgan and Qwertuoso, and employs a custom-made mixer circuit board combining audio signals from both C64 keyboard rigs. The airflow through a hole in the device’s floppy disk bellows feeds into a mounted microphone, which then translates the noise into an audio envelope and the ensuing sound is emitted through an external speaker. The music software itself was also designed by Åkesson using a Commodore Datasette emulator board.

Unfortunately, as Åkesson and Ars Technica‘s writeup both note, C64 keyboards weren’t exactly designed to be held, much less typed upon vertically. As such, the whole contraption is pretty ergonomically rough on a player’s wrists, hands, and arms. “This rather undermines the potential for the Commodordion as a viable musical instrument,” Åkesson writes on his website, making it unlikely we’ll ever participate in a Commodordian polka party.