These platforms are smart enough to use while you're behind the wheel. 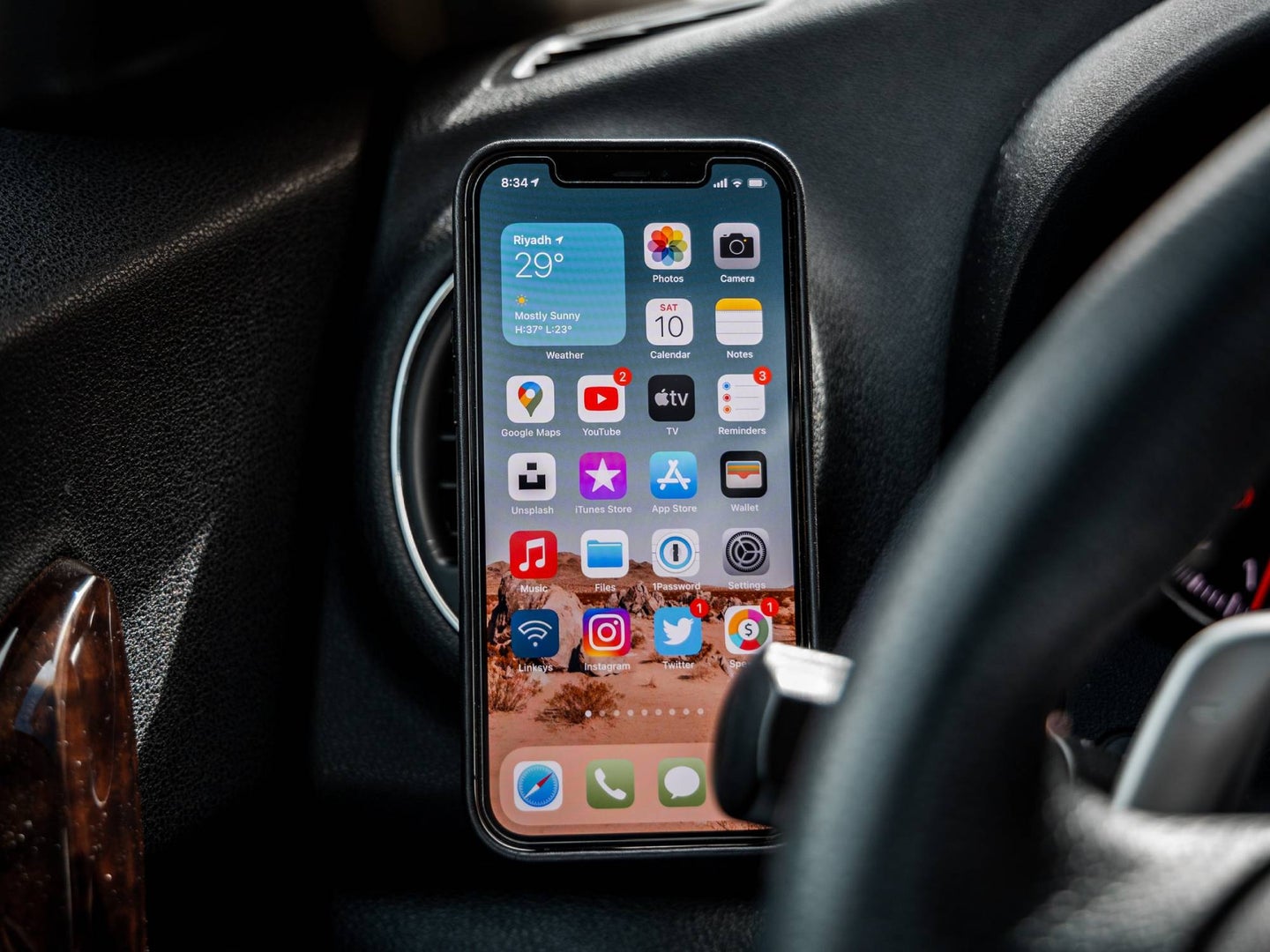 As distracting as our smartphones can be, you should not give your cellphone any of your focus while you’re behind the wheel. Distracted driving claims 8 lives a day in the US alone, and while smartphones aren’t the only cause, they play an important role—especially as people continue to use them more and more while driving.

[Related: Prevent your phone from distracting you while driving]

But voice control can make your phone and car compatible, and several apps are now embracing this feature. Using it will allow you to keep your hands on the wheel and your eyes on the road, while you reply to texts, take calls or switch to another playlist.

The music streaming app just announced the “hey, Spotify” voice command, which is currently rolling out.

When you get it, it’ll be your perfect driving companion. With the Spotify app open on your phone, just say “hey Spotify, play…” followed by an artist, song, album, genre or playlist.

To enable the feature in the Spotify app, tap Search and then the mic icon next to the search bar. Once you’ve given the app the necessary permissions, you can use the voice command. To turn it off, tap the cog icon (top right on the home screen) to get to the Settings page, then choose Voice interactions.

Spotify also features a Car View mode—a simplified, minimal interface that’s easier to read at a glance. This feature kicks in when the app detects a Bluetooth connection to a car stereo. To make sure it always turns on automatically, tap the cog icon in the app (top right), then Car and Car view (iOS), or Switch to car mode (Android).

Unfortunately, you can’t enable it manually for when your phone is connected to your vehicle using a cable.

It will come as no surprise that the Amazon Music app uses Alexa for hands-free control. With the app open,  just say “Alexa…”, followed by your command, and enjoy your tunes. You can also tap the Alexa icon on the bottom right corner of the ‘now playing’ screen, or on most screens inside the app.

Alexa is smart enough to recognize most commands. Tell it to play songs, albums, or artists, or request a playlist by name. You can even ask to hear songs filtered by mood, or “play the music I was listening to on Sunday morning”.

There’s also an alternative Car Mode interface in the app, with bigger buttons and larger album art. As with the Spotify app, Amazon Music’s Car Mode should launch automatically when a car stereo is detected via Bluetooth.

But unlike Spotify, you can also launch the mode manually. Just tap the cog icon (top right), then Car Mode. Alexa voice commands work in this mode as they do throughout the app.

The Google Assistant is now fully integrated into the navigation mode of Google Maps. This gives you access to a variety of commands and features that you can call on using your voice while driving. The bad news is that It’s only available on Android.

To turn it on, open the Google app, then tap More, Settings, Google Assistant, Transport, and Driving mode.

While you’re driving, say “hey Google,” and follow it with your command. You can call or send a message to someone on your contacts list—just say “call…” and then their name. If you’ve added relationships to your contacts, you can use those as well, for easy access.  If you want to hear the messages that have come in while you’ve been driving, say “hey Google, read my messages” to have the assistant read them back to you.

You can also use all the music commands you might be familiar with from talking to your Google Nest speaker, like playing songs, albums, or artists, for example. You can change the volume with your voice (“volume 65 percent”) and skip songs (“next song”) as well.

The Google Assistant will perform whatever commands you give using the default music app associated with it. If you haven’t set it up already, you can do it following these steps.

There’s no special mode or setting for Siri while you’re driving, because Apple’s assistant is available to you whatever app you’re in. To make sure you can activate Siri with a voice command, go to Settings in iOS and then choose Siri & Search and turn on the Listen for “Hey Siri” toggle switch.

Siri can do just about anything on an iPhone. Use “call…” or “send a message to…” followed by a contact name to call or text someone, for example. Say “hey Siri, read me my texts” to hear your recent text messages, or “hey Siri, check my emails” to look for new messages in your inbox.

[Related: How your iPhone could know when you’re in a moving car]

You can also ask Siri to play music (artists, albums, songs, or genres) or bring up navigation instructions for how to get to your destination. If you’re wondering how long a particular journey is going to take while you’re driving, ask Siri “what’s my ETA?” to find out.

There are plenty more Siri commands you can use that will come in handy when you’re behind the wheel.