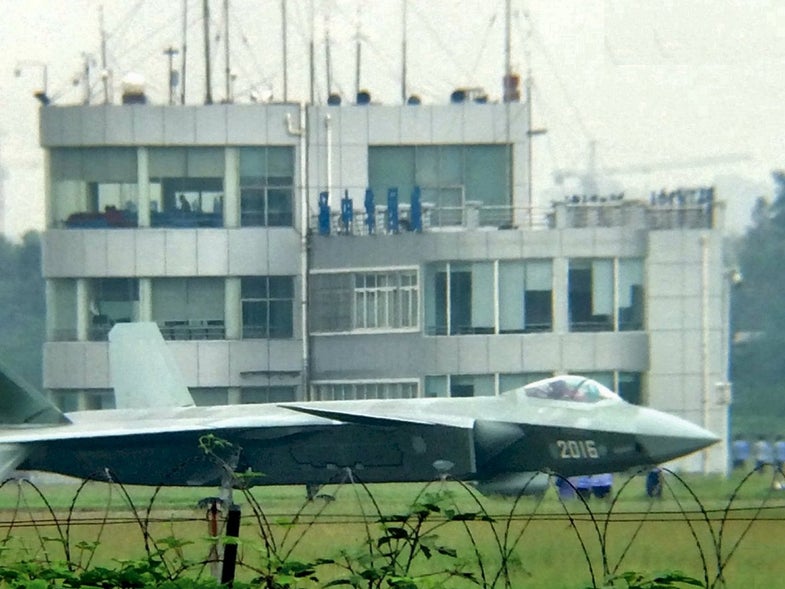 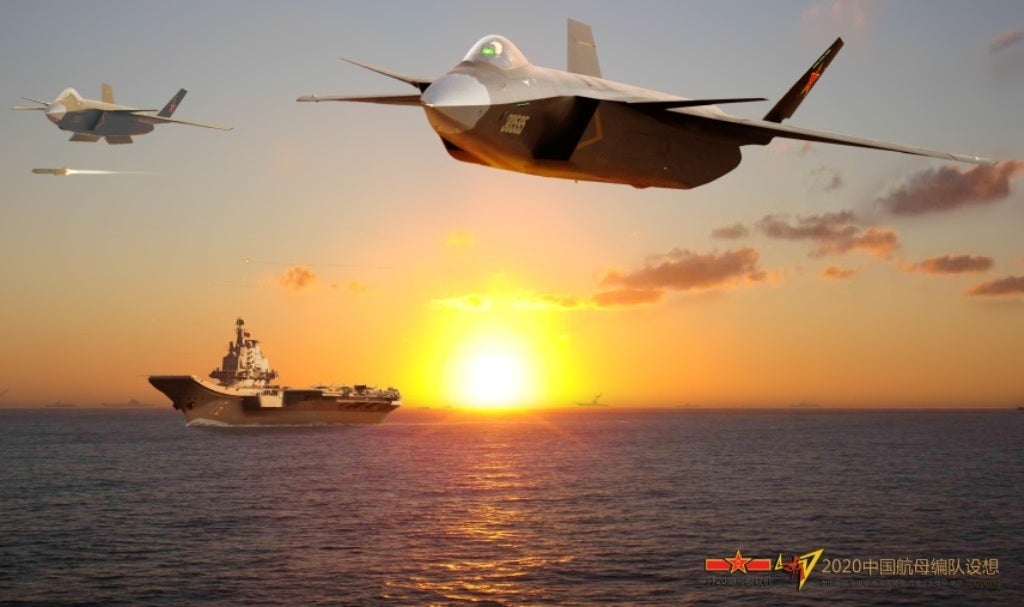 This week officers of the USAF officers gathered in at the Gaylord Hotel and Convention center for the Air Force Association’s annual Conference. Among the panels at #AFA2015 were generals speaking on “Fifth Generation” weapons and new stealth jet programs like the F-35. But perhaps they should have also shared the stage with leaders from China, which just showed off another new stealth jet prototype. 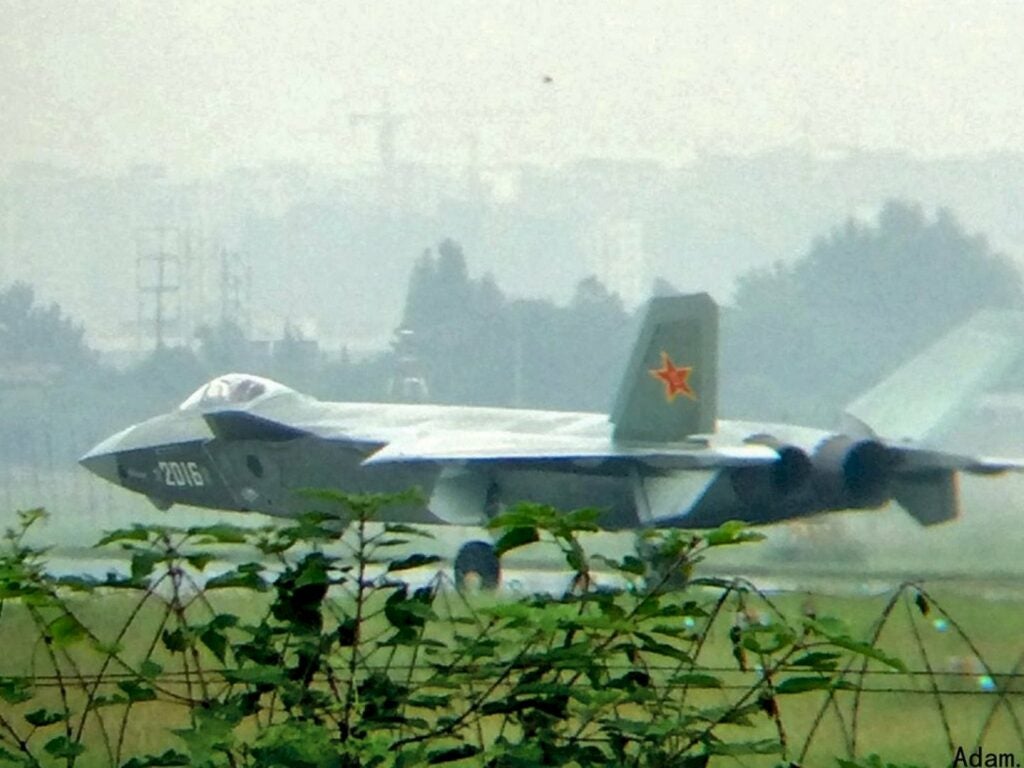 The first images of the J-20 “2016” prototype/preproduction fighter shows it at the CAC factories, days before its first flight. Flying its seventh stealth fighter would give China the largest number of stealth fighters in the world after the United States.

Fifth generation fighters, like the American F-22 and F-35, Chinese J-20 and Russian PAK-FA, blend together supersonic endurance, stealth and sensor fusion as force multipliers against older fighters like the F-15 and Su-27. This week, Chengdu Aircraft Corporation, one of China’s top air manufacturers, rolled out “2016,” the seventh J-20 prototype/preproduction fighter since 2011. Flying seven fighters puts the J-20 ahead of the five PAK-FA fighters, the only other non-US flying fifth generation fighter. 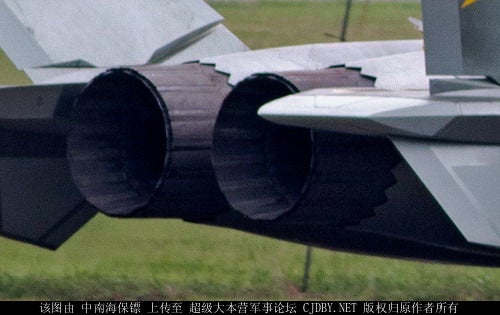 Compared to previous J-20s, “2016”‘s fuselage extends almost all the way to the engine’s exhaust nozzles. The trapezoidal booms on sides of the nozzles also reshaped, possibly to install rearwards facing radar or ECM equipment. 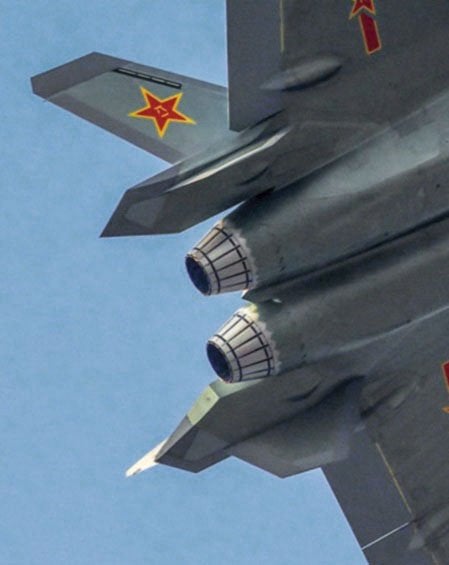 The previous J-20 prototype “2015” (the sixth flying airframe) had exposed part of the engines between the fuselage and afterburning nozzles (the nozzles are also covered with a silvery material, likely to have some infrared signature suppression features).

Notably, this prototype shows how the program is advancing its design and capabilities through the stages of testing and development, a sharp contrast to how parallel US 5th generation jet fighter programs have pushed off most upgrades to the future, in order to try to keep initial costs down. The runway photos show several key differences compared to the older J-20s, as Chinese engineers work overtime to optimize the J-20’s performance for its projected 2017 debut. Most interesting are the J-20’s engines. Compared to its “2014” and “2015” predecessors, the J-20’s fuselage contains more of engine’s surface area inside the stealthy fuselage, which would provide greater rearwards stealth for the J-20 against enemy radar. 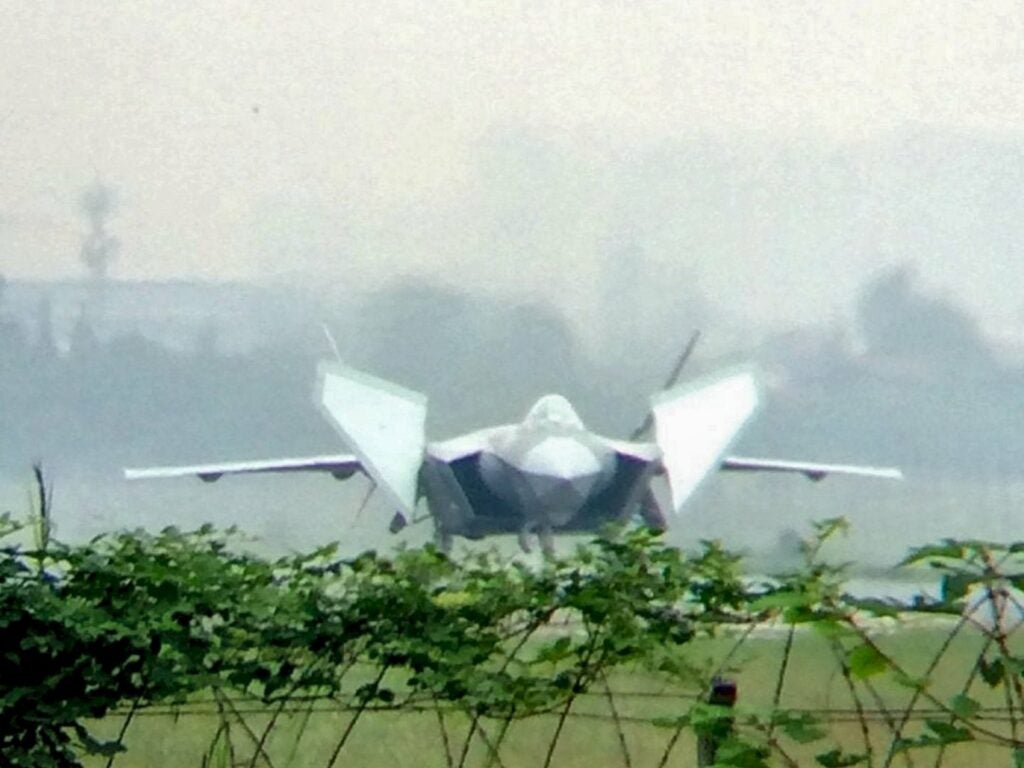 “2016” rotates its large canards in this frontal shots, which also shows the large bumps on the inner vertical inside of the engine intakes. Those DSI bumps save weight, complexity and radar signature compared to moving air intake ramps. The apparent shape change of the 2016’s DSI suggests the possibility of new engines to power the fighter.

The Diverterless Supersonic Intake (DSI) on the inner side of air intake has also been changed, and it is now apparently larger. Altering the shape of the DSI suggets that “2016” may have more powerful engines than its predecessors, likely to be an advanced 14 ton thrust derivative of the Russian AL-31 or Chinese WS-10 turbofan engines (though by 2020 the J-20 is planned to use the 18-19 ton WS-15 engine, enabling extended supersonic flight without using fuel hungry afterburners). “2016”‘s flight booms around the engines have been enlargened, possibly to accommodate rearwards facing radars or electronic jamming equipment. 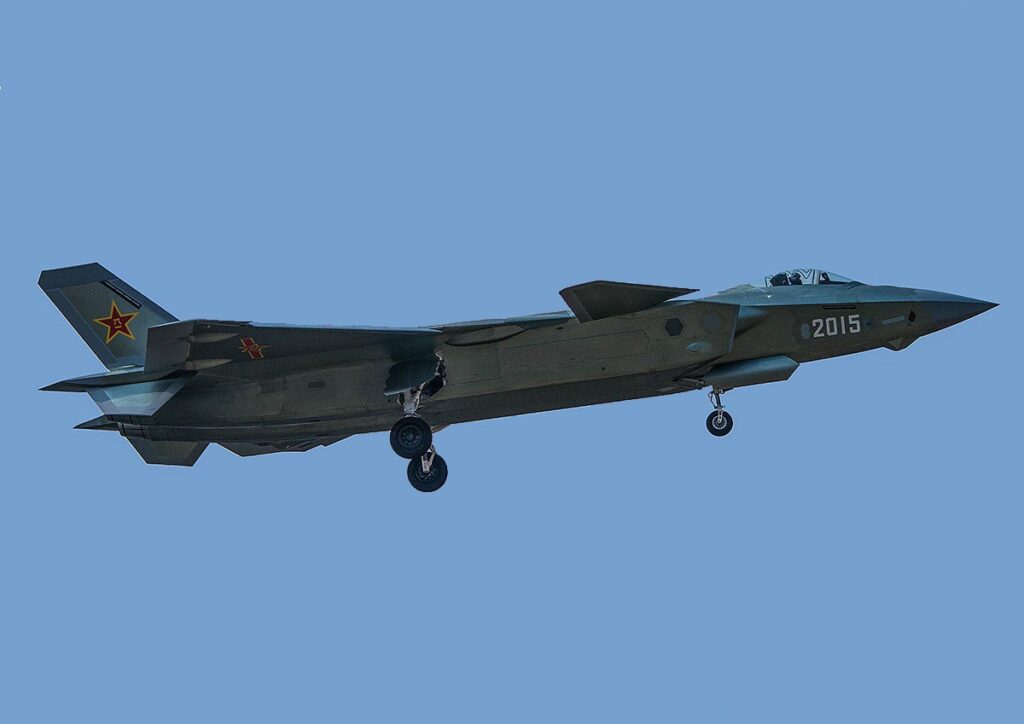 The rapid progress of the J-20 programs suggests that at the very least, Chinese designers are confident enough to induct more advanced features into the first production models. It also shows that while US leaders are rightly proud of their new generation of gear, China’s generals will soon be able to give similar talks on their fleet sporting a new generation of air combat capable features.