CarbonQuest's carbon capture system is being installed at five other locations after a successful pilot test. 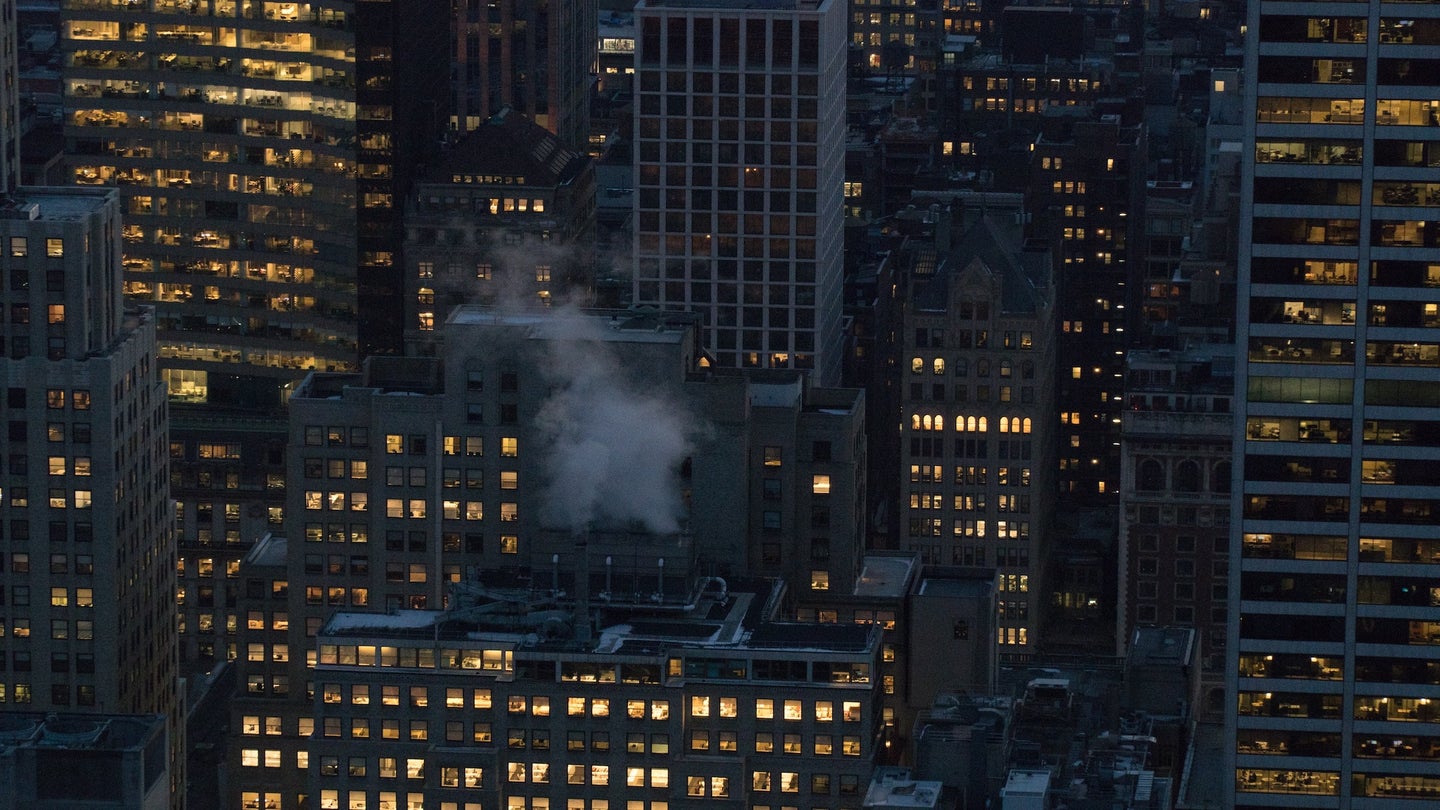 After a successful pilot run, a start-up called CarbonQuest is expanding its footprint in New York City. Its mission? Outfit high-rise buildings in carbon capture technology.

Carbon capture tech aims to do exactly what the name implies: capture carbon dioxide emissions generated by burning fossil fuels. It’s just one of the many experimental methods to combat the climate crisis. In this case, instead of grabbing carbon out of the air, the goal would be to prevent it from being expelled by the building in the first place.

“The deal marks the first multibuilding deployment of a new technology that could prove crucial for eliminating carbon emissions from buildings,” Canary Media reported.

One year ago, the company launched its first working system at 1930 Broadway, which is a more than 350,000 square foot luxury apartment building in Lincoln Square owned by Glenwood Management. The heart of the technology is tucked away in the building basement, taking up the equivalent of three parking spaces.

While the building operates as usual, CarbonQuest’s equipment would capture emissions generated by activities like cooking and heating with natural gas, for example, filter out the carbon dioxide from the mix of exhaust gasses, and turn it into a liquid form by applying pressure. The company uses software to verify, measure, and report carbon dioxide emissions to third party verifiers, auditors, and regulators. Since its technology provides “point source capture,” this would in theory prevent any carbon dioxide from being discharged into the atmosphere. (Read PopSci’s guide to carbon capture and storage here.)

Some studies suggest that injecting carbon dioxide into concrete can alter its properties, making it stronger than traditional concrete. The Department of Transportation in the City of San Jose has even used carbon dioxide-infused concrete for their ramps.

Structures like 1930 Broadway are facing growing pressure to become more sustainable, with the latest incentive coming from NYC’s Local Law 97 requiring large buildings to meet new energy efficiency and greenhouse gas emissions limits by 2024. Those limits will become even more strict in 2030. (The Biden administration rolled out similar emission-cutting regulations around federal buildings.)

In the 1930 Broadway case study, technology implemented by CarbonQuest is “expected to cut 60-70 percent of CO2 emissions from natural gas usage” and reduce a building’s annual carbon emissions by 25 percent. Without such an instrument in place, the building could be penalized hundreds of thousands of dollars by the city every year after 2024. Glenwood Management has already ordered five more systems for other rental properties in the city to be installed by March of 2023, according to an announcement earlier this month.

“The installations at these buildings — which include The Fairmont (300 East 75th Street), The Bristol (300 East 56th Street), The Paramount Tower (240 East 39th Street), The Barclay (1755 York Avenue) and The Somerset (1365 York Avenue) — come on the heels of the success of Glenwood’s pilot project with CarbonQuest at The Grand Tier (1930 Broadway), which is the first commercially operational building carbon capture project on the market,” the companies elaborated in the press release.

Engineers have been brainstorming ways to make high-rise buildings greener, including rethinking design, construction materials, and the construction process. Others have considered the integration of plants and outer skins on the surfaces of these skyscrapers to help it conserve energy. CarbonQuest claims that it hasn’t had any direct competitors in the building space, although many big companies have been investing in nascent technologies that can remove and repurpose greenhouse gas emissions.

Ultimately, capturing carbon emissions would be a separate, more non-disruptive way of reducing emissions compared to electrification or heat pumps, though it alone is not likely the end-all solution. “Building Carbon Capture can provide a cost-effective means of providing immediate reductions while the grid, over time, becomes greener,” the company noted in its FAQ page.