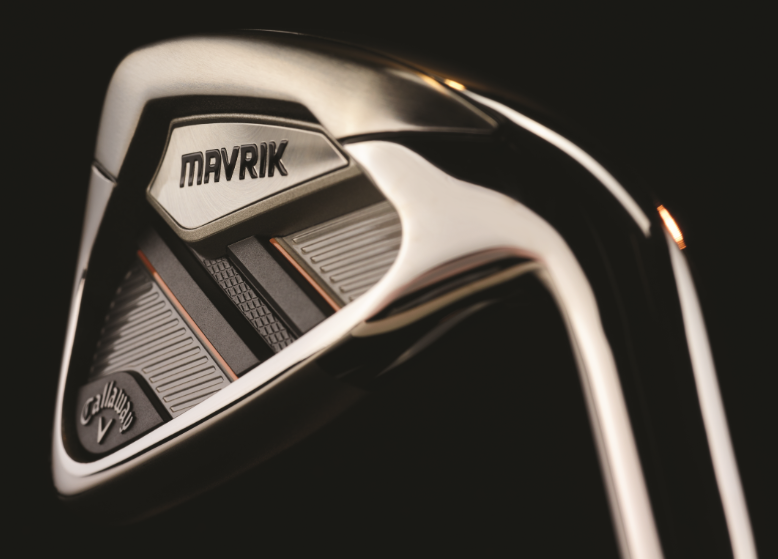 This is the first time Callaway has used AI to design a full range of clubs including irons. Callaway
SHARE

Artificial intelligence may regularly beat humans at games like chess and checkers, but it’s currently helping us out when it comes to golf. Callaway used machine learning throughout the Mavrik line to introduce new design elements, some of which surprised even the veteran members of its 120-person R&D team.

Callaway’s AI efforts began with its Flash drivers, which relied on AI to determine the shape of its face. Driver faces typically employ a familiar shape which is thicker in the center and thins out around the edges. “The face thickness pattern that it first came out with looked nothing like what we designed,” says Alan Hocknell, Callaway’s senior vice president of research and development. “One of the thinnest areas was in the center. It had a pattern of ripples and ridges. It had thick areas directly adjacent to thin areas. It had things we really didn’t understand, but we could prove that it generated more ball speed.”

Computers typically help club makers simulate thousands of ball strikes to analyze the consistency of its performance. Callaway, however, fed parameters into the AI and let it work to solve problems on its own.

By relying on AI simulations, the company can more effectively refine the groups of players it’s trying to help by adjusting the performance targets. That’s especially difficult to do with beginners. “The challenges of designing for the lower-ability golfers is that you have a higher degree of noise,” says Hocknell. “Shot-to-shot variation is a lot higher than with tour pros. The computer can help analyze that. It helps us capture what the challenges are that we need to address.”

According to Hocknell, the development process for a new set of clubs typically ranges between 12 and 16 months, which only provides enough time to create three or four prototypes. Once a club exists in the physical world outside of the simulation, the company uses a swing robot to evaluate its performance, but it also puts the club in the hands of real people. The AI can help analyze shots—even if there’s a lot of variation due to varying skill levels—and help guide the development in the right direction.

Creating the clubs that AI designs isn’t always simple, however. Callaway says it has had to make some notable upgrades to its manufacturing process in order to bring the clubs off the screen and into the clubhouse. In order to manufacture the driver faces, for instance, it needed to revamp its forge. “We needed a new titanium alloy—one that we could fabricate this unusual thickness pattern,” says Hocknell. “There were only a couple machines in the world that could do that with the thin titanium grade we were using. We had to change the crystal structure in the titanium in such a way that it would be durable under the loads it was going to see.”

The measuring equipment needed a similar boost. “We developed a laser scanning system that puts millions of points of laser light onto the back of the face in order to measure in way greater detail than with a touch probe,” says Hocknell. “We went with a couple dozen points to millions.” Of course, the designs aren’t valuable if they can’t make it out onto the course.

In order to handle all of the calculations, Callaway built its own supercomputer with around 1,000 cores on its campus. With the amount of operations they’re doing, Hocknell says it was more financially feasible than leasing time on a cloud-based system. “Things that used to take four to five weeks now take a couple days,” he says.

As time goes on, the size of Callaway’s data set about golf shots will only grow. It currently goes back 20 years and constantly pulls data from networked machines at Callaway fitting centers around the world. Eventually, AI can play a role in the actual fitting process. Right now, Callaway collects data about those shots for its own research, but down the road, a player could step into a fitting session and get real-time analysis of their game to help guide them toward the right clubs.

Currently, Callaway offers three different flavors of its AI-designed Mavrik clubs, including the standard version for average players, the Sub-Zero version for high-level and pro-grade players, and the Max edition, which places the emphasis on forgiving mishits over pure ball control and feel.

While that’s quite a few clubs to keep track of, Callaway says that each one has its own unique design. “Before, you’d typically pick an iron in the middle of the set and then use a spreadsheet to set the parameters for the rest of the clubs,” he explains. “That seems a little crude today.” Now, AI has refined the process to emphasize desirable traits for their specific use. Longer irons emphasize ball speed and trajectory to give more distance. Shorter irons aim to make launch trajectories and ball spin more consistent for hitting—and staying on—the green.

Callaway will continue to feed data into its algorithm in hopes to figure out how it can further refine its clubs. Hocknell expects more surprises along the way.