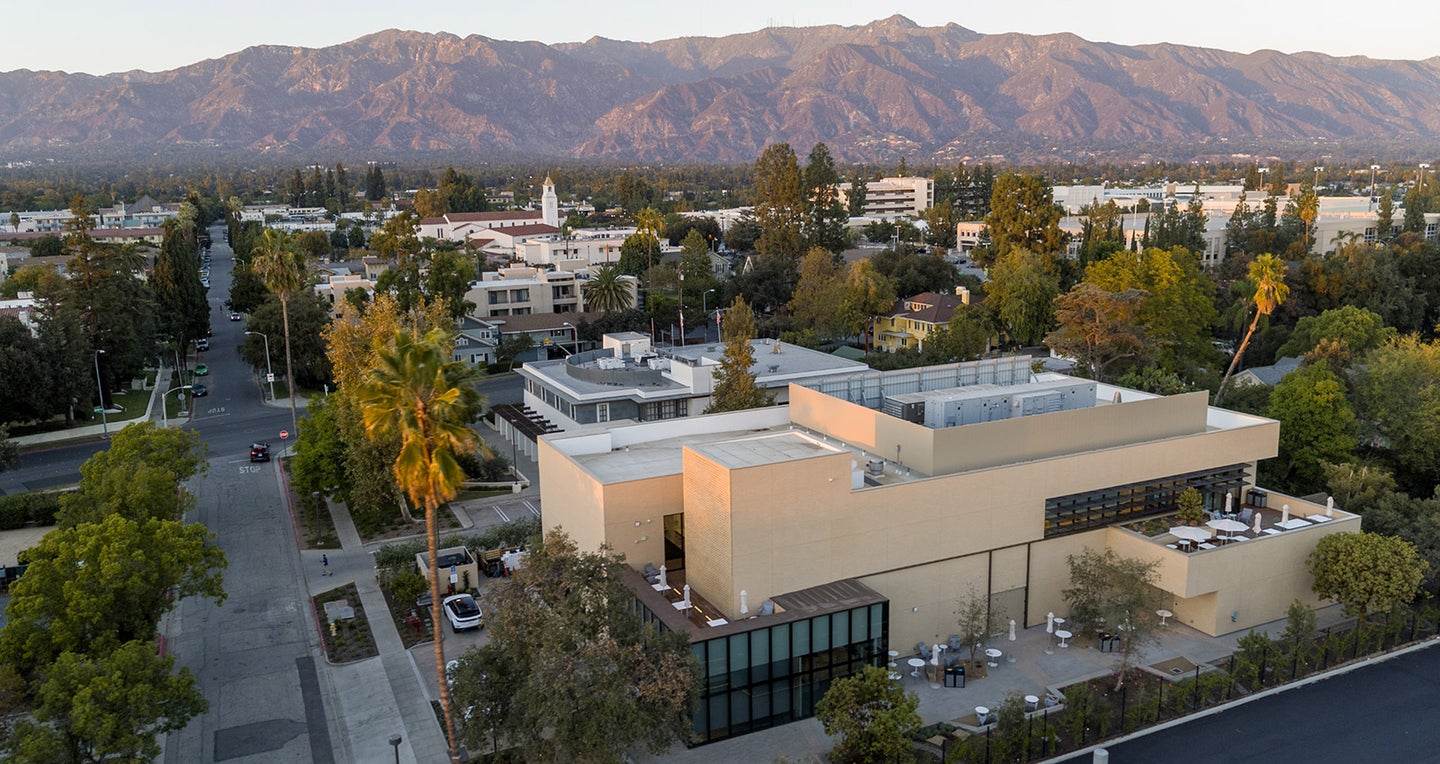 Caltech and Amazon are detangling the possibilities of quantum computing. Caltech
SHARE

Amazon and Caltech’s quantum computing center is officially open. The pair announced today that the new two-story building they had been building this past year on Caltech’s Pasadena campus is finally ready to start work on building a “fault-tolerant” quantum computer.

This site will now be the home of ​​Amazon Web Service’s Center for Quantum Computing, and will house their quantum research teams, equipped with corresponding laboratories filled with specialized tools for designing and running quantum devices. Hardware engineers, quantum theorists, and software developers, will all collaborate to tweak currently existing quantum computers, and test for ways to scale up the technology to support bigger quantum devices, such as with cryogenic cooling systems.

In a blog post in February, Amazon explained that quantum computers work differently from traditional computers because they don’t use regular bits, those binary digits 0 and 1. “Where classical computers represent information using bits, quantum computers use quantum bits, or qubits, which take advantage of the quantum phenomena of superposition and entanglement,” Amazon wrote.

[Related: How It Would Work: Creating a Quantum Computer]

Quantum computers can get pretty complicated, so here’s some basic information to know.

How do quantum computers differ from classical computers?

Quantum computers work a lot like classical computers. The ones and zeros we think of in computing are based on the idea that silicon chips have transistors on them, which are tiny switches that can be controlled to let electrical current through them or not. As the book Quantum Computing for the Quantum Curious explains, “computer hardware understands the 1-bit as an electrical current flowing through a wire (in a transistor) while the 0-bit is the absence of an electrical current in a wire. These electrical signals can be thought of as “on” (the 1-bit) or “off” (the 0-bit).”

Quantum computers, on the other hand, by using quantum bits (qubits), can process information differently. A classical bit has a value of either 0 or 1, whereas a qubit can have a value of 0, 1, or a superposition of the two—an in-between state that allows it to be both at the same time. In theory, this property would allow the computer to try multiple possible solutions to a problem to find the answer, instead of trying only one solution at a time.

Caltech explains in a post that in addition to superposition, qubits can also be “entangled, meaning that they are linked quantum mechanically to each other. Superposition and entanglement give quantum computers capabilities unknown to classical computing.” Entanglement allows quantum computers to process more information, and it could also increase the security of networks.

“The art of designing a quantum algorithm is to encode a problem into a string of entangled qubits so that, when the qubits fall out of superposition, their values represent the solution to the problem,” Amazon wrote in a blog post.

In 2019, this technology reached a notable milestone in a proof of principle task, completing a specific calculation Google assigned it eons faster than a supercomputer (specifically, it finished a task that would’ve taken a traditional supercomputer over 10,000 years in 200 seconds).

According to Caltech, engineers can make qubits by manipulating atoms, subatomic particles, photons, or by creating “artificial atoms.”

Currently, quantum computers rarely exceed 100 qubits. Here’s what they can actually look like.

To maintain a quantum state, qubits have to sit inside nested chambers that are chilled to near absolute zero temperature and shielded from interactions with other molecules or disturbances from outside magnetic fields, Caltech wrote. And as you increase the number of qubits, they become harder to manage and isolate, meaning they’re more likely to collapse and lose their properties of superposition and entanglement.

The AWS Center for Quantum Computing’s research focus is on superconducting qubits, which work at ultra-cold temperatures. Amazon aims to construct electrical circuit elements for their computers using superconducting materials, claiming that the “microelectronic fabrication techniques” will make it possible to “make many qubits in a repeatable way,” and that superconducting qubits can solve problems faster compared to other modalities due to its clock speed.

Researchers also want to figure out a hardware-based computer architecture that can correct quantum errors. One possible design is based on “Schrödinger-cat qubits,” which can stabilize qubits by preventing them from randomly flipping out of superposition into one of the binary states.

“Classical computers have billions and even trillions of bits,” Fernando Brandão, a professor of theoretical physics at Caltech and head of quantum algorithms at AWS, said in a news release. “And that’s where we eventually would want to be with qubits.”