In New Quantum Experiment, Effect Happens Before Cause

A real-world demonstration of a thought experiment conducted at the University of Vienna, has produced a result that is somewhat... 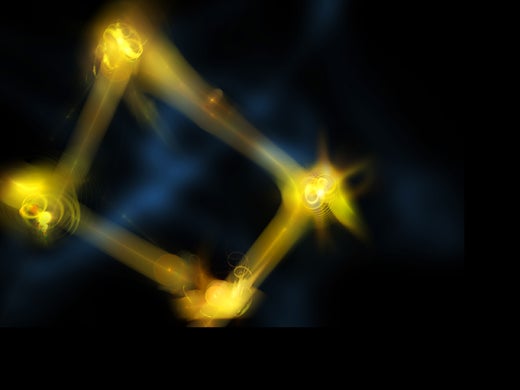 A real-world demonstration of a thought experiment conducted at the University of Vienna, has produced a result that is somewhat befuddling to people with what the lead researcher calls a “naïve classical world view.” Two pairs of particles are either quantum-entangled or not. One person makes the decision as to whether to entangle them or not, and another pair of people measure the particles to see whether they’re entangled or not.

The head-scratcher is: the measurement is made before the decision is made, and it is accurate.

“Classical correlations can be decided after they are measured,” says Xiao-song Ma, the writer of the study. Entanglement can be created “after the entangled particles have been measured and may no longer exist.”

The finding can be integrated into potential quantum computers, one hopes. Causality, clearly, is a quaint, irrelevant concept.