The 2017 model will come in a self-driving edition 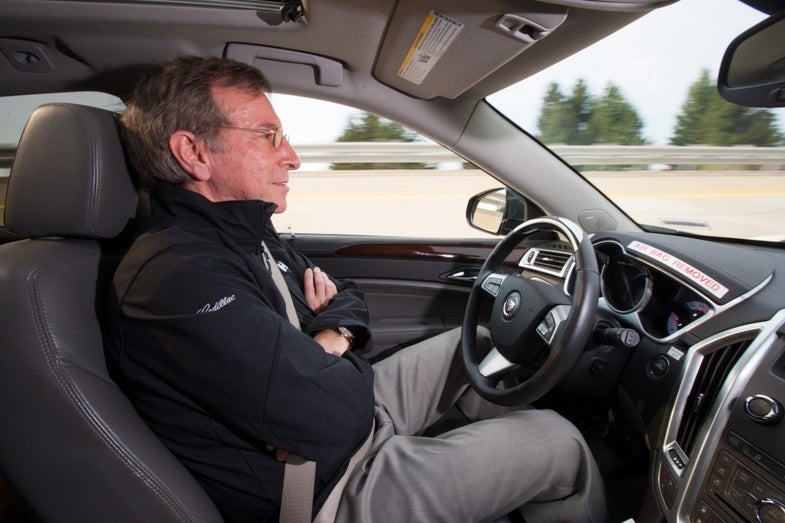 Beginning in late fall 2016, if you’re lucky enough to visit the Warren Technical Center campus of General Motors, in Michigan, you might your shuttle quite intriguing: a 2017 Chevrolet Volt, driving itself.

The automaker plans to deploy a fleet of Volt extended range electric cars to drive people autonomously within the campus.

To use the service, employees would use a smartphone application, reserving the vehicle and then selecting a destination. Using autonomous technology under development, the vehicle would then pick up the employee, bring them to the destination, and then park the vehicle.

“The program will serve as a rapid-development laboratory to provide data and lessons to accelerate the company’s technical capabilities in autonomous vehicles,” said the automaker yesterday, in a press release accompanying a Global Business Conference Call.

For the rest of us who aren’t GM insiders, we’ll need to wait many years—likely more than a decade—for the sort of technology demonstrated there, unrestricted for real-world driving. In the meantime, GM’s so-called Super Cruise autonomous-driving technology is an interim step, and the automaker confirms that it will first be offered in the 2017 Cadillac CTS.

Will any of those autonomous technologies make it into the regular-production 2017 Volt? We’d say that’s highly unlikely, yet in the 2016 Volt you can already get blind-spot alert, rear cross-traffic alert, lane-keeping assist with lane-departure warning, forward collision alert, and automatic braking, plus an optional advanced parking assist function.

The completely new, second-generation Chevrolet Volt makes its debut for the 2016 model year and will be arriving to dealerships very soon. In the 2016 Chevy Volt, which we’ve found a lot more refined as well as somewhat sportier and pleasant-driving, Chevy has boosted its all-electric range to 53 miles, while it gets 42 mpg when running solely on power from the 1.5-liter four-cylinder engine.