I would like to live in the future where a sticky Roomba army is doing all the dusting. 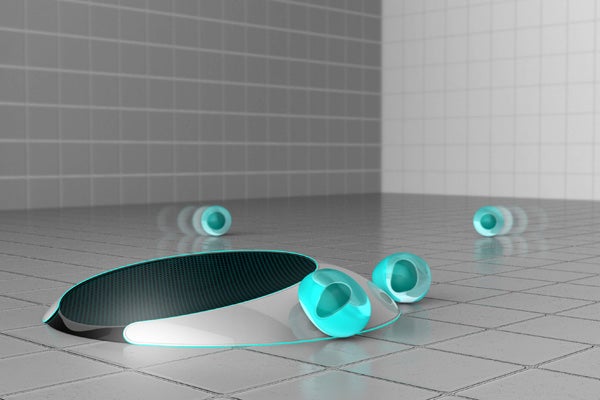 Let’s just say this up front: this design concept, for a Roomba-like vacuum army, is pretty out-there. But, man, I want to believe.

The idea, from Korean designer Juan Lee, is for a set of eight remote-controlled balls that roll around your house. The balls are stored in a dust bucket that’s covered in a layer of gel, and when the balls are released, they wrap themselves in some of the gel. The balls then roll through the room, and dust and debris stick to the gel. Once the little ‘bots have reached every nook and cranny, they return to the dust pan home base, where the gel is stripped from them and the dust is collected in a removable tray. 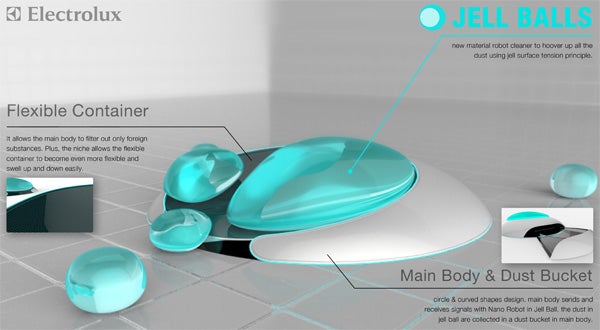 Improbable? Yeah, maybe. But as Lee points out in a post on Electrolux Design Lab, where the design is a semi-finalist in a contest, it’s not a totally unprecedented idea. The gel and balls are more or less already made. First, there’s magnetic putty available that, with some reworking, could work similarly to the gel:

Meanwhile, the ball is a lot like Sphero, a recently released, remote-controlled robo-ball:

Loading similar robots with GPS, and putting room-scanning technology in the dust pan, would allow the mechanical cleaners to map a room and efficiently clean it without missing any spots. 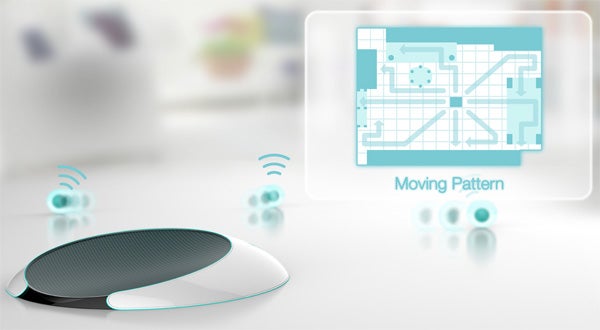 Even if the project doesn’t get made, though at least we’ll have a pretty good blueprint for how to clean stuff on our moon bases one day.