Watch This Awesome Robot Play Catch Better Than Your Dad

Disney researchers invented a humanoid animatron that plays a lifelike game of catch. 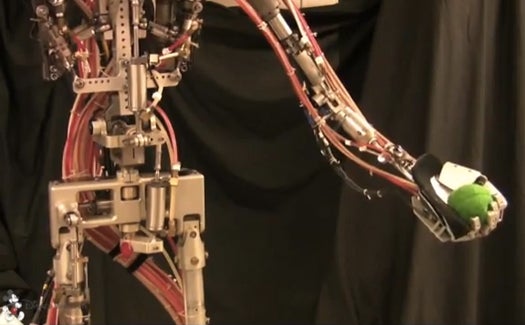 Fancy a round of catch? This Disney robot plays an eerily humanlike game. In a combination of engineering and sorcery, researchers created a robot that follows the ball in the air with its eyes, catches the ball in its hands, and reacts when it misses a catch. Also, it juggles.

They used an external camera system to track the balls and an algorithm to predict where and when the ball would fall. When the robot misses a catch, it looks back or down at where the ball fell, shrugs, or shakes its head. This guy was designed for theme parks, but one day it will be playing catch with our children and fetch with our dogs. Next they should program it to make dad jokes.