The all-volunteer Copenhagen Suborbitals will launch their Sapphire rocket from the Baltic Sea on Sunday. They aim to eventually send a human into space. 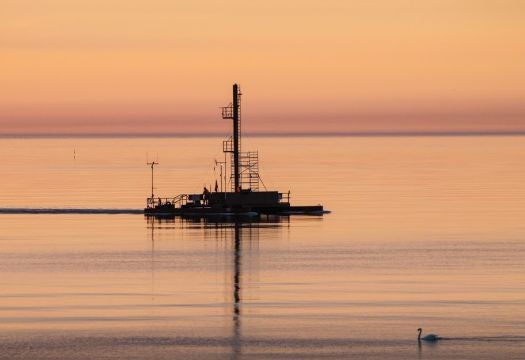 On June 23, at 4:00 a.m. EST, the Denmark-based Copenhagen Suborbitals plans to launch their third rocket to date, the Sapphire, on a 24-second mission to test its active guidance system. Eventually, Copenhagen Suborbitals hopes to be the first non-profit, all-volunteer organization to send a human into space. I spoke with co-founder Peter Madsen on Thursday about how the Sapphire rocket works. 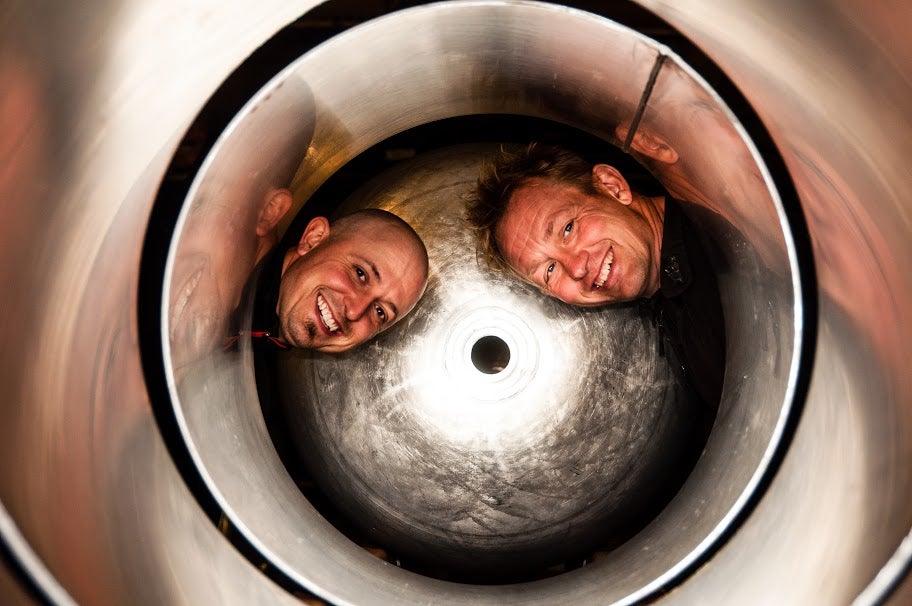 The co-founders of Copenhagen Suborbitals

In 2011, Copenhagen Suborbitals launched the HEAT 1-X rocket. Despite an impressive initial lift-off, the rocket’s trajectory became worrisome, and the team was forced to shut off the engines. The next launch, the SMARAGD-1, lifted off just over a year later, but was entirely and demonstrably at the mercy of wind and air currents. Yet its spastic route was not unexpected for a rocket lacking a complex, counteracting system of active guidance, Madsen explains. 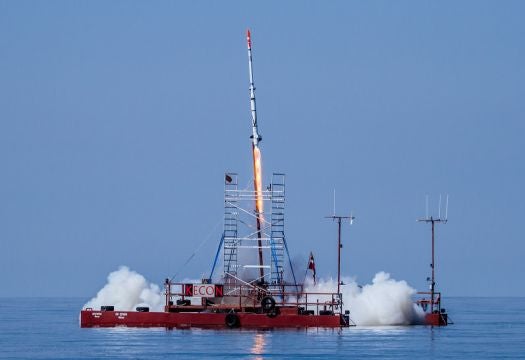 Sapphire, however, employs such a guidance system, and its success is the main aspiration of Sunday’s mission. The active guidance system is designed to make rapid calculations, and consequently corrections, about the air conditions and trajectory (in Sapphire’s case, about 200 such calculations a second). Essentially, Madsen says, it constantly asks itself, “Are we on course? And if not, what are we going to do about it?” Yet it is similar to a modern fighter jet’s autopilot, according to Madsen: It is in primary control, but the pilot (or the mission control team) can still direct it if necessary.

A detailed illustration of the 17 foot rocket.

A perfect trajectory would be an impressive feat for Copenhagen Suborbitals, especially given the challenges they must overcome. This is no ragtag operation; it involves over 40 people and four ships. The Sapphire rocket is just over 17 feet tall and almost 500 pounds. It’s set to reach a peak altitude of around 5 miles.

With an all-volunteer organization, Madsen says, coordination is a constant challenge. Copenhagen Suborbitals requires approximately five times as many workers as would an exclusively professional organization to construct and eventually launch a rocket. Yet, the volunteer nature of their workforce also means that their workers are very passionate—they are there because they truly wish to see a human reach space in one of their rockets, Madsen says.

Sunday morning promises to be an important milestone on that quest. The Sapphire launch will take place about 15 nautical miles east of Bornholm in the Baltic Sea.

“It’s the sort of moment you don’t really want to take part in—it’s so scary, you just want to get home and see that it all went well. But, we have to pass this milestone in order to advance further. The launch and countdown themselves are basically negative experiences—lots of questions, coordination, and you remain very nervous until the moment the parachutes deploy. Space launches are exciting, but to a certain extent, you don’t want to be a part of them,” Madsen says.

You can watch the launch live Sunday morning on PopularScience.com.

Correction: This article originally stated that the Sapphire is the largest rocket that Copenhagen Suborbitals has ever built. That’s not true! Thanks to commenter nfoldager for pointing out that the HEAT-1X, at 27 feet tall and 3,750 pounds, was the organization’s largest rocket. We apologize for the error.