Why A Cholesterol-Reading Smartphone App Is Totally Not Worth It 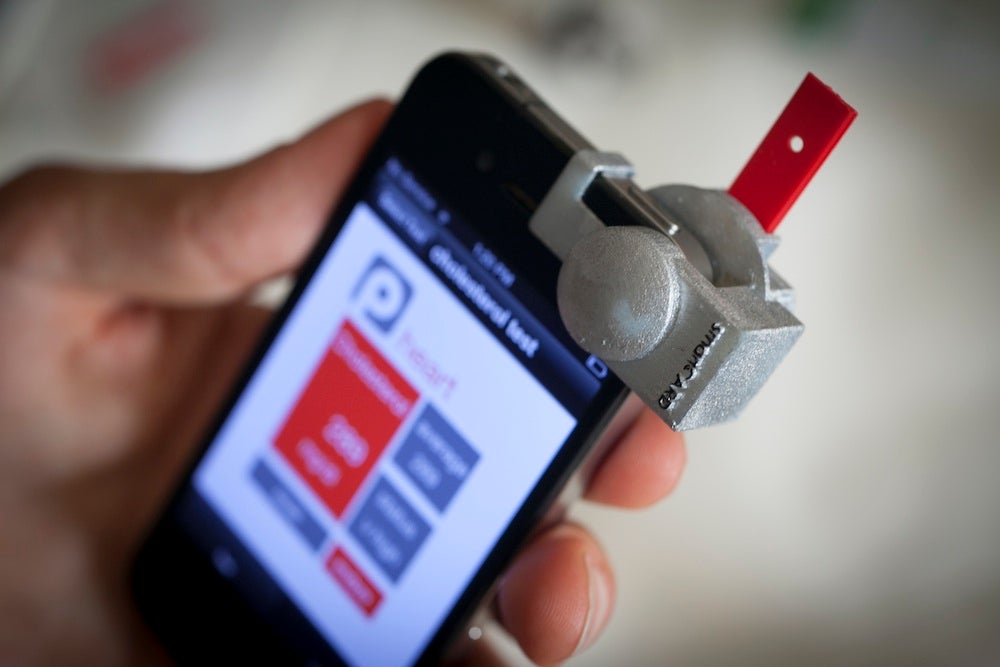 Engineers at Cornell University have developed an app—plus a little snap-on device—that allows users to check their cholesterol levels with their smartphones. It’s a nice bit of engineering, and in a video, made by Cornell, the system looks appealing and easy to use.

But, considering the hurdles an idea like this would have to overcome before it could be marketed in the U.S, I would say it’s hardly worth pursuing as a straightforward product. The only serious health app I really want to see for a smartphone? A pregnancy-test app. (I’m not talking about “health apps” that track simpler things such as users’ heart rate, physical activity, or even sleep. I can see how there’s a market for those.)

I don’t mean to pick on this Cornell lab’s work, which is one in a long line of diagnostic apps that have come out in the past few years. It just happens to be something that’s garnered some attention lately, although not as much as previous apps, perhaps because of some of the things I’ll talk about. In addition, there could be good reasons to pursue this work, intellectually. I think it’s disingenuous to pretend it’s a viable app as is, however.

Let’s first take a look at some of the roadblocks to a cholesterol-reading smartphone app getting anywhere near regular users. There’s the fact that at-home cholesterol tests are already pretty affordable, costing anywhere from about $14, for a paper-strip test, to $125, for a hand-held electronic device that offers separate numbers for users’ LDL, HDL and triglyceride levels. So why would people buy this instead? Even if a university lab is able to make a smartphone device that’s comparable to the latter for much less than $125, the price may rise again by the time the device undergoes licensing with a company and U.S. Food and Drug Administration approval.

That brings us to the next major roadblock. A device like this would fall under the FDA’s purview, which means its developers will have to provide a high standard of data proving the device works. Are they prepared to do that? Is it worth it? The health app market grew for a while without FDA oversight, but the agency has since indicated it’s tightening the reins. In 2011, it published guidelines for the industry. This year, it sent its first letter to a smartphone health app company, requiring India-based Biosense Technologies to provide data proving its urinalysis system is accurate.

Yes, smartphones are super powerful little computers and it’s amazing the vast majority of Americans have them. But just because you can do something on them doesn’t mean you should.

Considering all the challenges facing current and future health apps, I can think of only one category of app that is worth pushing through to market in the U.S.: Apps that provide health information for which privacy is so crucial, a user might not want to go to a doctor or pharmacy for it… yet is not so sensitive that users really ought to see their doctors. Yes, what I’m thinking of is a pregnancy-test app, preferably one that works without an add-on device users would have to buy (because then how is it different from a drugstore pee stick?). An at-home sexually transmitted infection test—excluding HIV, which is life-altering and should come with professional counseling—might be a good candidate, too.

I’m not sure this is even scientifically possible, especially without the add-on. But, engineers of the world, that is what I want and, I would guess, the only thing that would truly be worth making.