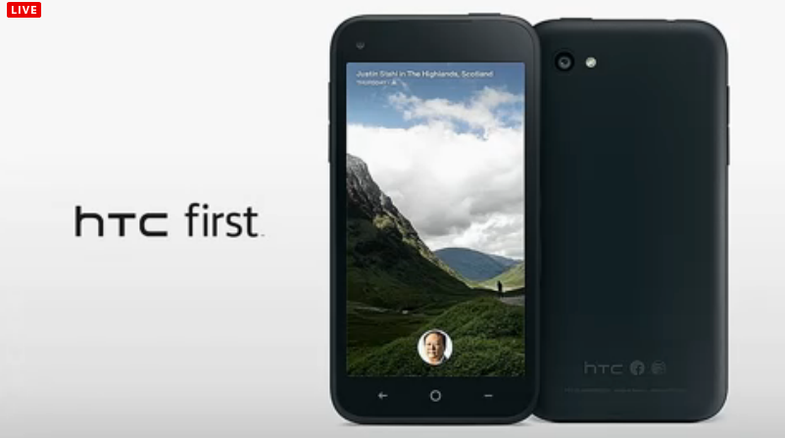 So! What Facebook announced today is called Facebook Home. It’s a skin–a homescreen replacement, kind of like what HTC and Motorola and Samsung do with their phones. They take stock Android (which, to be fair, we generally like the most) and overlay with new icons and features and gestures and various user-interface changes. Facebook Home is a particularly thorough skin; most of the other skins are fairly similar to stock Android, but not this. 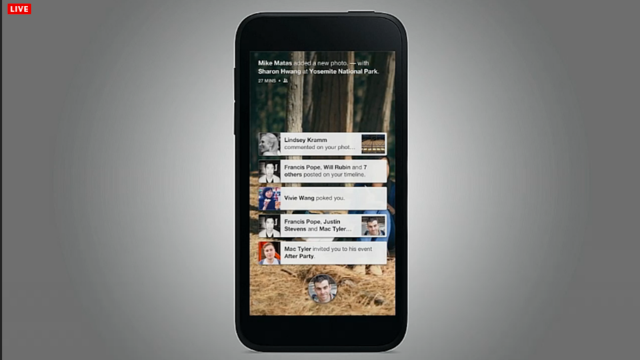 Turn on your phone, and you won’t see a list of apps, or widgets. You’ll see Facebook: a new kind of Facebook, but Facebook. You’ll swipe through people and updates, photos and messages, all from Facebook. The interface works like Instagram: swipe through to scroll, double-tap to “like.” Notifications are embedded in that interface, which is called “CoverFeed.” You can swipe them to dismiss or group them any way you like. The notifications are grouped by people rather than by app; you won’t see all of your text messages in one place, but you will see an email and an instant message from the same person in one place. Apps are launched from within the CoverFeed too–a simple swipe brings up your most favorite apps.

If you want to do non-Facebook stuff, you click on a picture of your own face, which is kind of…odd. It’s not the last time you’ll be poking people in the face; Facebook Home places little thumbnails of your friends’ faces over any screen in which you’re communicating with them. Tap the face and it’ll take you to a unified list of all your communication with that person. That’s a nice idea; there’s no need for different types of communications (instant messages, text messages, emails) to be sectioned off.

To that end, Facebook also introduced the HTC First, a $99 phone for AT&T, which will come stock with Facebook Home. But you’ll be able to download Home for certain–not sure which ones yet–Android phones, starting on April 12th.