An Army research project wants to cover a battlefield with dozens of soda-can-sized sensors to detect invisible threats. 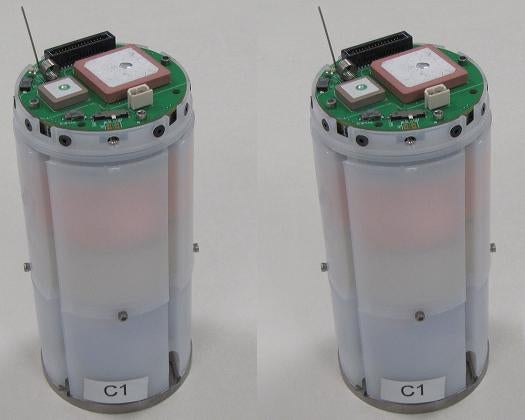 Army researchers at the Edgewood Chemical Biological Center (ECBC) are developing new technology that could help U.S. troops battle chemical warfare. The technology, a canister about the size of a soda can, can sniff out dangerous chemicals and relay information about potential hazards back to troops.

The canister could be especially useful in Syria. In a letter released yesterday, the White House said it has reason to believe “the Syrian regime has used chemical weapons on a small scale in Syria, specifically the chemical agent sarin.”

Often odorless and invisible, chemical agents act fast and can rapidly lead to paralysis or death. ECBC’s technology–still under development–is designed to help soldiers avoid those dangerous situations. Built around the handheld Joint Chemcial Agent Detector, these sensor-equipped canisters can be dropped from an airplane, parachute to the ground, and then relay via satellite any information on chemical agents they pick up. The canisters have seismic sensors, and the ability to detect other airborne chemical agents, including Sarin, Mustard gas, Lewisite, and Cyanogen Chloride, among others. There’s also a GPS antenna to help soldiers pinpoint its location. The prototype cans have a battery life of up to six hours, which the researchers hope to increase to several days.

This sensor cans are officially known as Global Strike Near Real-Time Battle Data Assessment (NRT-BDA) and as the name implies the goal is to provide a broad, instantaneous picture of unseen threats in a battle field. Because of their indiscriminate nature, chemical threats are usually launched long-range, so detecting a chemical attack also means figuring out a place the enemy probably isn’t. The speed is especially important for informing advancing troops about areas that are safe versus those that aren’t. If a chemical attack is detected further than 500 feet from troops, that gives troops enough time for them to put on protective equipment. That is a tremendous advantage over the handheld device on which they are based, and would prove invaluable to any troops moving on the ground against a regime with chemical weapon stockpiles.