Syria’s regime announced for the first time this week that it has chemical weapons, and stands ready to use them... 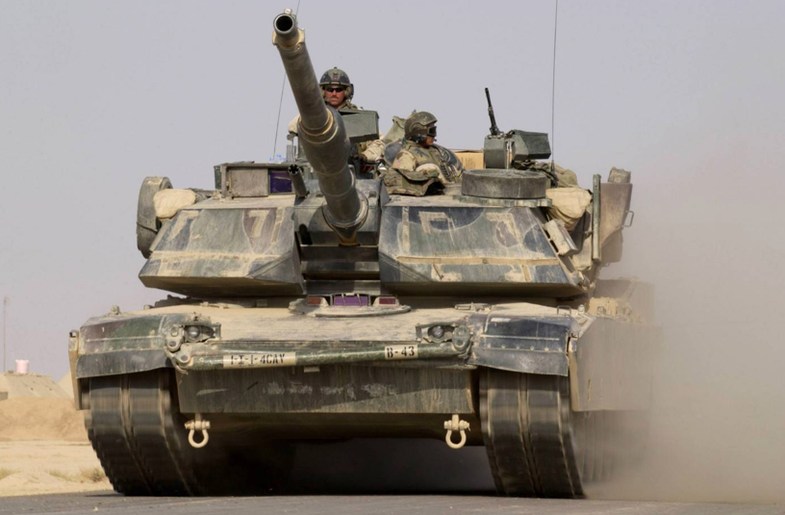 Syria’s regime announced for the first time this week that it has chemical weapons, and stands ready to use them if attacked. A new type of paint could potentially guard against it, protecting tanks and armored vehicles with a special chemical-absorbing topcoat.

Scientists at the UK’s Defence Science and Technology Laboratory, like a British DARPA, worked with a company called AkzoNobel to develop the paint. It contains super absorbent silica gel, the same stuff that comes in those little bead-packets inside new shoeboxes and bags. The material can absorb chemicals, like maybe nerve gas, before they could reach a vehicle’s interior.

It would be a nice topcoat for a special type of paint that can be easily peeled off. This could make it easier to clean — when the nerve gas is soaked up, and the tank is back in a safe area, soldiers could just peel off the paint and throw it away. The Engineer says the paint is sticky like a Post-It is sticky — adhesive enough to hold it in place, but easy to remove.

AkzoNobel will produce the absorbent paint in standard military camouflage colors, and it’s likely to be used on the UK’s Warrior tanks, according to the Engineer. Eventually the company wants to produce color-changing paint that would alert a tank’s occupants they are under chemical attack. But as Technology Review notes, this is somewhat an odd idea because color-changing would sort of ruin the whole camouflage concept.

AkzoNobel also wants to produce a paint that not only absorbs noxious chemicals, but neutralizes them, the Engineer says. Apparently one research team at Vermont University added vanadium to a silica mix, which reacts with mustard gas to render it harmless. Presumably other catalysts could be added to oxidize other chemicals.

Syria is believed to have mustard gas, along with nerve gases including tabun, sarin and VX, according to the Washington Post. A paint like this could potentially help if Bashar Assad’s regime does decide to deploy its weapons. The absurdly complex military procurement process could mean it will be a while before anyone slathers this paint on a coalition tank. But if it works, it may be worth a try.

[The Engineer via Technology Review]