The worst toys to step on may yet be redeemed. 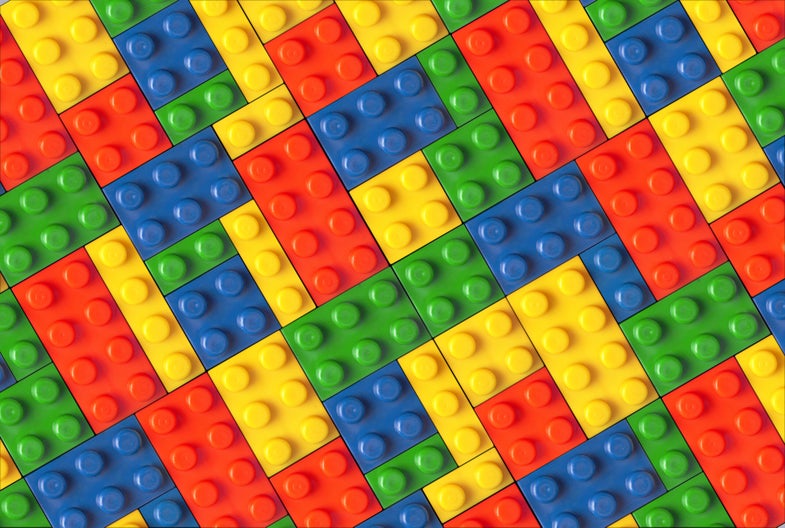 Lego blocks destroy the feet of groggy parents around the world, but as a new study from the University of Texas at Austin demonstrates, these mutable children’s toys can also be used for good—in this case, as a simple- and inexpensive-to-construct scientific apparatus.

In the aftermath of a nerve gas attack like the ones that have allegedly occurred in Syria, one of the biggest issues first responders face is figuring out what deadly nerve agent was used. If detection happens fast enough, it can save lives. But the conventional equipment that’s used to ID different nerve gases is expensive and hard to move around. However, as this new paper shows, it should be possible to do this analysis in the field using little more than a smartphone and some Lego blocks.

This design builds on earlier work by UT Austin chemist Eric Anslyn and his team. He developed a chemical compound that glows different colors depending on which nerve agent is it exposed to, simultaneously neutralizing the deadly gas.

Although it’s possible to see the glowing with the naked eye, it’s difficult to get an accurate read on its brightness, which varies based on the nerve agent’s concentration. That’s where the new device comes in. It takes advantage of a smartphone’s ability to read color and brightness more accurately than a human.

Pedro Metola, a clinical assistant professor at UT Austin, says that the task of creating a “dark-box” that would allow the smartphone to take a good photograph for the process was more complex than it might seem. The box had to be sturdy and house both a UV lamp (to illuminate the samples so they would fluoresce) and a well plate that would hold the samples. Like a tiny darkroom, it also needed to be light-proof and have an appropriately sized opening for the smartphone.

The initial idea was to 3D print the dark-box, says co-author and third-year biochemistry undergraduate Leilani Smith. She worked on the project as Metola’s student. “We found that [3D printing] was more expensive and it was harder to implement,” she says. To make 3D printing work, you need a computer file containing the box’s design—as well as a 3D printer. That’s not an option for many first responders.

This criteria is what led Metola to Lego, which he says is “the same everywhere you go.” Smith helped to develop a design for a Lego box that tightly holds the slide containing the “nerve gas” sample and UV lamp in place. The smartphone sits on top of the box to take a picture.

The beauty of Lego bricks, the paper’s authors wrote is that you can pack them into a bag and take them anywhere, and they create a design that’s easy to modify depending on the dimensions of the smartphone being used. 3D printing might have a reputation for making super-customizable components on the cheap, but Lego blocks put even that level of ease and versatility to shame.

Unfortunately the team isn’t quite ready to ask first responders to tinker with toys while making life or death decisions. The preliminary design is still a ways from implementation. “We have not played with nerve gases at all. Those are highly regulated,” says Metola. But it’s another step towards a portable nerve gas detector.