Annotated Machine: How Robots Could Recycle Dead Satellites In Orbit 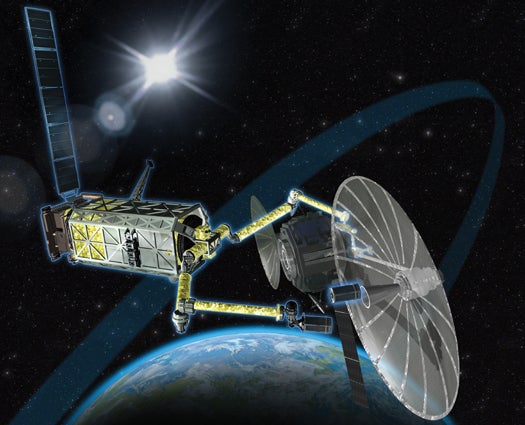 Approximately 1,300 nonfunctional satellites sit in a graveyard orbit 22,000 miles above Earth—and Darpa has plans for them. Recycling dead satellite parts in space could be 10 times cheaper than building and sending up new satellites, says Darpa program manager Dave Barnhart. Earlier this year, the agency started the Phoenix project, which will use robots to salvage parts from decommissioned satellites as soon as 2015. First step: figuring out how to recycle parabolic antennas, which have no moving parts or electronics and thus tend to outlive the satellites they’re attached to. Eventually robots could scavenge solar-power arrays and internal components, too.