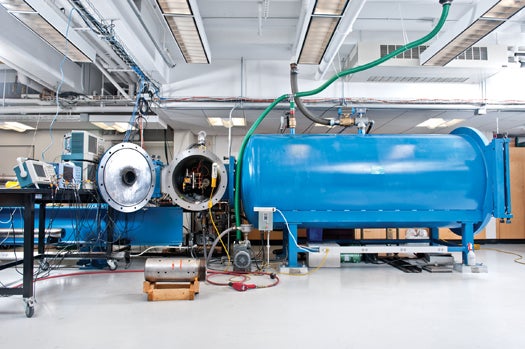 The central feature in Sarah Stewart’s Harvard lab is a bright blue blast tank in which she and two undergrad assistants simulate some of the biggest booms in the cosmos: the collision of celestial objects.

Attached to the blast tank is a 40-millimeter-diameter single-stage gas gun that launches quarter-pound projectiles up to 6,000 miles per hour—nearly eight times the speed of sound—at targets that mimic asteroids, planets and moons. The resultant shock-wave profiles and impact energies, recorded with a variety of sensors and strain gauges embedded in the target, help explain what happens when massive bodies collide. And that could help scientists understand how objects such as moons formed in the distant past. 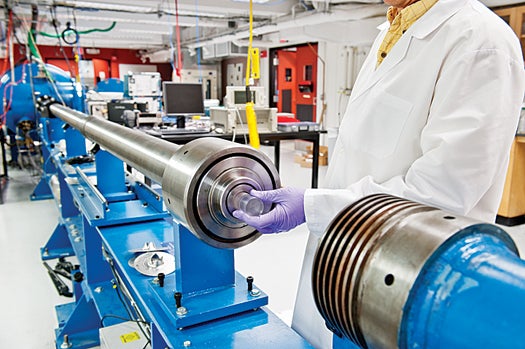 Hankin places a polycarbonate projectile into the gas gun. 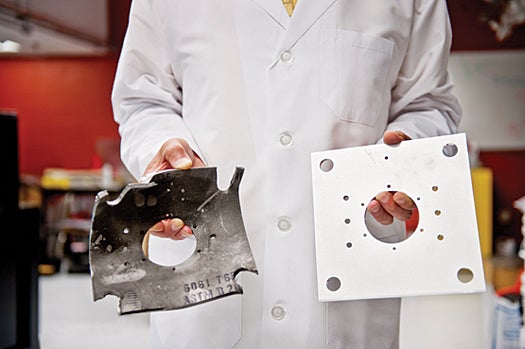 In the lab, students help create targets—mimicking the magnetic rock of an asteroid or forming that perfect mix of ice and rock to replicate the surface of Ganymede, Jupiter’s frozen moon. They also help analyze the shape of the shock waves and the velocities of the impact debris. One thing they typically don’t get to do is pull the trigger. “We have a lab tech who actually fires the gun,” says Stewart. But students who stick around long enough, she says, “might earn that privilege.”