Face capture technology has come a long way, especially as 3-D stereoscopic imaging and the like have made leaps forward... 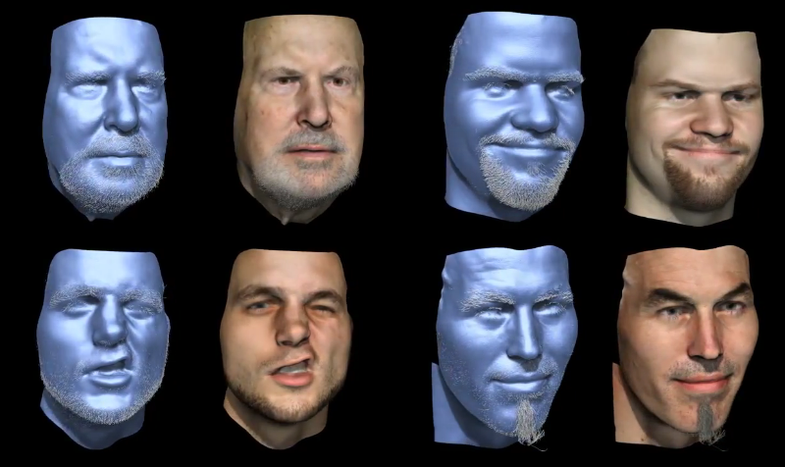 Face capture technology has come a long way, especially as 3-D stereoscopic imaging and the like have made leaps forward in recent years. It’s now relatively easy to capture a face in 3-D and reconstruct it digitally for applications such as the amazing CGI you see in movies like The Avengers (Ruffalo-Hulk was pretty visually awesome, no?). But facial hair is another story altogether. Current face capture systems don’t capture it well, and the skin that it obscures on the face then becomes an issue as well. Disney Research is changing that.

Facial hair “plays an important role in individual expression,” Disney researchers write in the abstract for its paper titled Coupled 3D Reconstruction of Sparse Facial Hair and Skin (the full paper in PDF is here). In it, they describe an approach to facial reconstruction that captures facial hair and facial skin together, in a coupled fashion that recognizes individual hairs on the face and digitally traces them as such (this doesn’t strictly apply to men’s beards and mustaches, but also to eyebrows, sideburns, etc.). From that data, the algorithms can also determine where the hair is obscuring facial skin in the imagery so underlying skin surface can be reconstructed accurately.

You can see how this works in the video below. By using a coupled algorithm that detects and records skin and hair data at the same time (but can also differentiate between them) the researchers demonstrate the ability to reconstruct a person’s facial stylings–be it patchy stubble or a full beard–down to the hair.