Ideo, who built Apple's first mouse, is now designing an open-source project to keep the field even for all comers 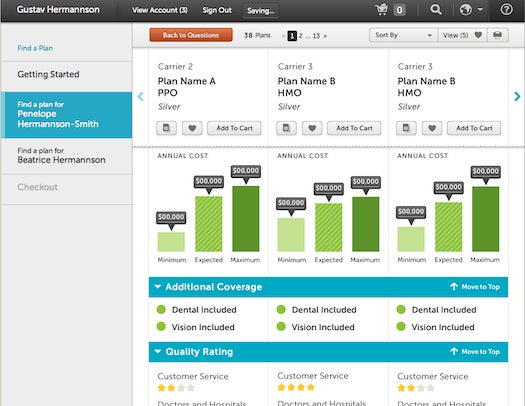 It’s official: the Supreme Court has upheld the Affordable Care Act, which, however you feel about it, means 32 million Americans will likely gain health care coverage. A part of the legislation dictates that all those people, by law, need somewhere to enroll, compare coverage, and purchase insurance. The design consultancy Ideo has spent more than a year putting together an open-source template to keep the potential paperwork from crushing everyone before they even have health insurance to cover the damage.

Even if you aren’t familiar with Ideo, there’s a solid chance you’ve used or have heard of some of their work–Apple came to them in 1980 to design the mouse for their Lisa computer, and in the past decade they’ve come up with modern ideas for the Madden NFL videogame franchise, Samuel Adams beer taps, and a whole lot more. This isn’t the first public-sector project Ideo has put together, but it might be one of the most complicated. They aren’t designing something just for an overarching government agency like the TSA or Centers for Disease Control, but for individual U.S. states to take apart and use themselves. Doing that simply and with style is a major load for most existing templates.

With funds from nonprofit groups led by the California Healthcare Foundation, Ideo unveiled the Enroll UX 2014 prototype earlier this month. It’s a customizable template that any state is free to use for building health insurance exchanges, the insurance guidance systems mandated by law. The majority of those 32 million getting insured will end up going through one of these exchanges.

Eighteen states have shown interest and support for the project (including conservative states who disavow the law) since the team started work in 2011. Some have said they’ll take the design portion of it wholesale; others want to take pieces and make something of their own. To make that possible, the template needs to be simple enough for states to Frankenstein away what they need for their own exchanges. The UX prototype looks good, even if “government website” sets a low bar, and is probably straightforward enough to accomplish that goal. Insurance policy jargon is boiled down to a basic set of questions, like, “How important is it for you to be able to see a specialist without a referral from another doctor?” Then you get everything you need to find coverage, including companies, rates, and physicians. 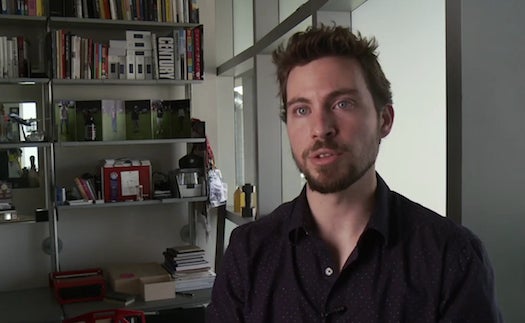 Since health insurance policies tend to be long-term investments, the system also lets people switch plans in the future: a “changes in circumstances” section can help a user to update their life situation and make changes to their coverage accordingly. Which is good, since the ACA is in its infancy. “There are still questions that remain to be answered,” says Christian Palino, senior project leader at Ideo, “and the policy is changing all the time.”

With millions of people being filtered through, endless forms and files can’t sustain the process. Now it’s on a ticking clock, too. Several states were holding out on forming exchanges until the Court made a ruling, and an already tight deadline for them is tighter. If it comes down to it, the project is there as a safety net–one built from scratch by a popular design firm.

How many of those 32 million people will end up using the Ideo system? It’s hard to say, but it looks like it’ll end up being a significant portion. The big ticket for its wide use is at the national level. It’s not set in stone, but the government has expressed interest in using it there. If a state misses the 2013 deadline, or flat-out refuses to make exchanges, the feds will do it themselves, and that’s more than likely going to happen in parts of the country.

But for all of this, there’s at least one potential hiccup: quality control. Nothing about the project or its terms of use stipulates exactly how much of the project has to be used in a local design; states are still responsible for adding to the process, and there’s nothing immediately stopping them from making it … not up to par. Palino says the Ideo team is making itself available to help states along, even if those states don’t have to listen.

We won’t officially know until the deadline what the enrollment systems will look like in each state. The country could still end up with something either generally consistent, or a patchwork with the Ideo project acting as a big part of it. But if 32 million people make it through a government system without a paper trail to the moon, that’s a step in the right direction.