Oscar Pistorius is a sprinter, sure, but he’s also basically a professional world’s-firster. Last year he became the world’s first... 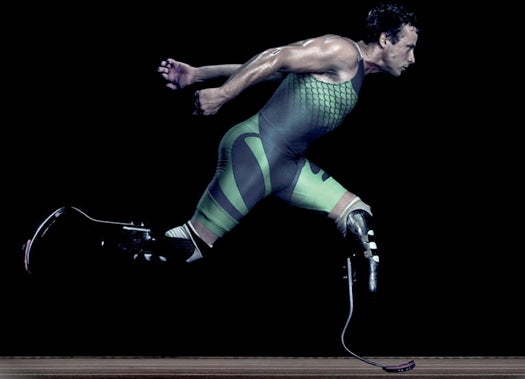 Oscar Pistorius is a sprinter, sure, but he’s also basically a professional world’s-firster. Last year he became the world’s first amputee to run in the World Championships, and today it was announced that Pistorius, whose legs were both amputated below the knee at less than a year old, will become the first amputee to run in the Olympic Games this summer in London. (He’ll also be competing in the Paralympic Games–another world’s first.) [CORRECTION]

Pistorius will be competing for his native South Africa in both the 400m sprint and the 4x400m relay, after a grueling qualification year in which his times hovered right around the 45.3-second mark, the qualifying line. Still, that must have seemed like one of the easier challenges for Pistorius, who in 2008 ended a long-standing debate when the Court of Arbitration for Sport ruled that his prosthetic legs do not present an unfair advantage, and named him eligible to compete. He didn’t qualify for the 2008 games in Beijing, but he’ll be hopping a flight to London.

There’s still talk, of course, about the fairness or unfairness of Pistorius’s prosthetics, and in a more practical sense, some concern about the safety of other runners who could come in contact with his Cheetah Flex-Foot artificial limbs. But the prevailing mood seems to be celebratory–it’s one hell of an inspiring story.

Correction: Thanks to the commenters for reminding us of Natalie du Toit, a South African swimmer who competes without a prosthesis for her left leg, which was amputated following a car accident. du Toit was the first amputee to qualify for the Olympics, competing in the 10K “Marathon” swim in 2008 in Beijing. Pistorius is the first double amputee, and the first to compete with the aid of a prosthesis (or, in his case, two).