The future of digging 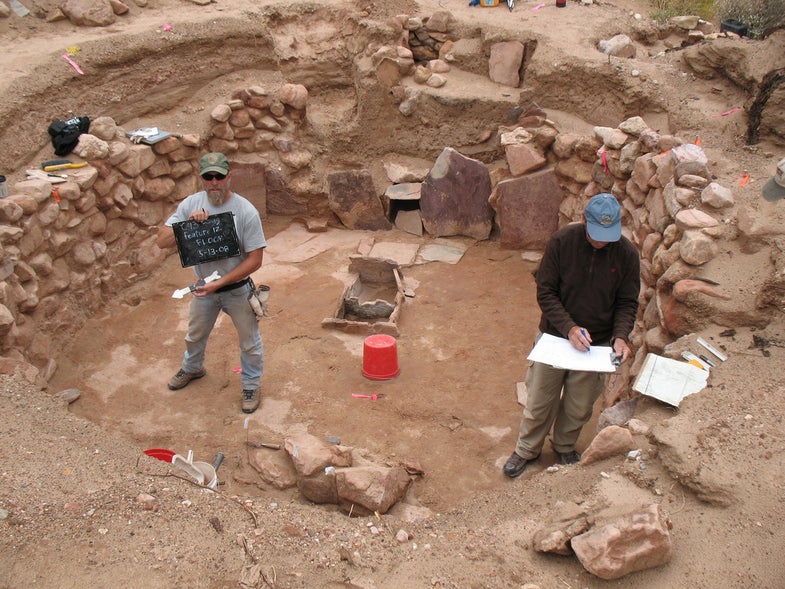 Grand Canyon National Park: The Palisades kiva. The arrow points to north. The ventilator shaft is located to the southeast, which is typical in kivas. NPS photo May 2009. NPS photo
SHARE

Archaeological digs are a painstaking process even after the earth has been excavated — artifacts must be carefully catalogued so researchers know exactly where they were found, which tells information about their past. On an upcoming dig in Jordan, a modified Kinect could serve as a 3-D scanner, making this process simpler — and decidedly more high-tech.

Researchers hope students traveling to an archaeological dig in Jordan will use a hacked Microsoft Kinect as a mobile scanning system, making 3-D models of ancient sites that can then be visited in a virtual-reality environment.

For now, the system relies upon an overhead camera system, so it only works indoors, but computer scientists at the University of California-San Diego want to modify it so it will work in the field. Researchers at UCSD are planning a future trip to archaeological sites in Jordan, where the system could help catalog their finds.

Jürgen Schulze, a research scientist at UCSD’s division of the California Institute for Telecommunications and Information Technology (Calit2), eventually want to use the Kinect to scan entire buildings and neighborhoods. This ability would have applications far beyond archaeology, Fast Company points out.

The modified ArKinect — archaeology and Kinect — would scan an entire dig site, and the data would be used to reconstruct the site in 3-D. Calit2 has an immersive VR system called StarCAVE, a 360-degree, 16-panel setup, which allows researchers to interact with virtual objects. A realistic 3-D portrayal of ancient cookware, for instance, would be a lot more valuable than a 2-D photograph, because it would show more detail and craftsmanship and even help researchers understand how an artifact was used.

“There may be experts off site that have access to a CAVE system, and they could collaborate remotely with researchers in the field,” Schulze said in a UCSD release.

The technology could potentially help recovery efforts in disaster zones by digitizing a scene that can then be viewed remotely, he said.