With the national debt talks moving into day whatever and Congress arguing about how best to fix the budget deficit,... 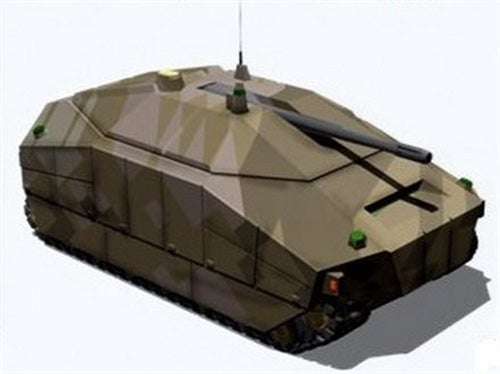 With the national debt talks moving into day whatever and Congress arguing about how best to fix the budget deficit, the bloated defense budget continues to be a touchy topic in Washington. So perhaps it’s a good thing that DARPA is moving forward with its best effort to mend the broken military procurement process by selecting Vanderbilt University to set up vehicleforge.mil, the new open-source development tool that aims to get everyone involved in designing the next generation of military machinery, a la the FLYPmode.

Vehicleforge is the tool that DARPA hopes will make things like XC2V (a.k.a. FLYPmode) a military reality. The FLYPmode, if you missed our previous coverage, is a military concept support vehicle built by Arizona-based Local Motors and presented to President Obama last month amid much fanfare. It was designed by an open online community and built from scratch in just four months, beating the drawing-board-to-prototype time for most military hardware by an eternity or two.

FLYPmode falls under DARPA’s Fast, Adaptive, Next-Generation Ground Combat Vehicle program, which lives under the larger umbrella of the META program–DARPA’s larger initiative to tap open source designs to minimize production times for military vehicles. Vehicleforge will be the place where all that happens, and that starts with creating a place for people to collaborate.

The idea is to create a high level “metalanguage” and a library of component parts that the online community can tap into via Vehicleforge, which will also provide the online infrastructure for discussions, design submissions, and the hashing out of design problems. But it won’t just be a space to talk vehicle design. Vehicleforge, as its name implies, will link directly to a reconfigurable “build-to-print” facility that can manufacture different versions of these vehicles.

In other words, where the FLYPmode was a demonstration that crowd-sourcing military vehicles is viable, Vehicleforge will be the place where it becomes a regular thing. A $4.3 million contract to develop the online infrastructure calls for the site to be operational and chock full of component model libraries that designers can access by sometime next year. Design challenges start in 2013, and prototype infantry combat vehicles (like the concept above) could be rolling out of the fabrication facility by fiscal 2014.