For those who slept through it 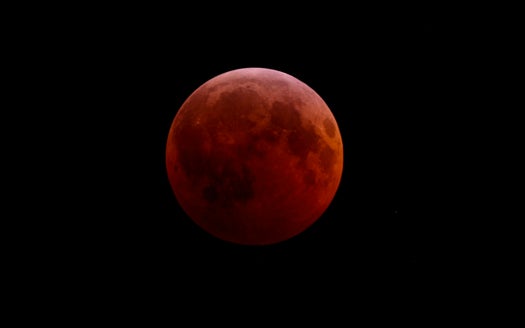 Lunar eclipses, like pretty much all readily visible astronomical events, are indisputably awesome. They’re also commonly scheduled for the middle of the night, a rather inconvenient hour to be hanging around outdoors, particularly in the middle of winter. But for those of you who slept through last night’s lunar event, behold: a time-lapse video of the moon plunged into blackness (more like redness, really) by the shadow of the Earth.

Last night’s eclipse was the first one since 1638 to coincide with the winter solstice, otherwise known as the longest night of the year. It began around 1:30 a.m. EST reaching total eclipse just over an hour later.

But if you failed to spend the middle part of last night gazing skyward, you can enjoy the whole thing in time lapse below. The video below comes courtesy University of Florida veterinary pathology professor and sometimes astrophotographer William Castleman.