A real-life sonic screwdriver could use ultrasonic waves to apply forces to objects, according to researchers in the UK. Bruce... 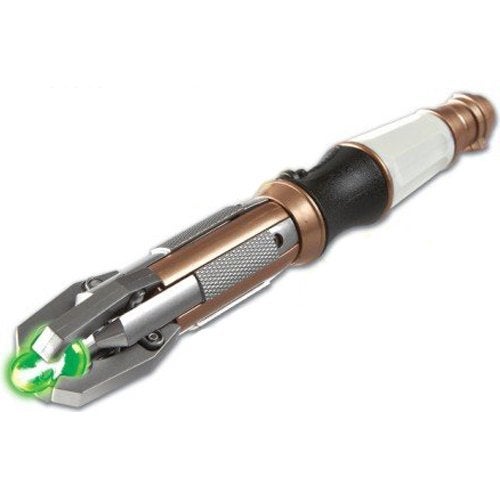 A real-life sonic screwdriver could use ultrasonic waves to apply forces to objects, according to researchers in the UK. Bruce Drinkwater, the professor who proposes this idea, says that in theory, ultrasonic waves can be rotated at high speeds to create force fields that would act like a real screwdriver.

Drinkwater, a professor at Bristol University, is working with a youth science program called Big Bang to inspire young engineers. He said researchers are studying how to manipulate ultrasonic waves — sound waves humans cannot hear – to create a twisting force, like that of a mini-tornado, to remotely turn screws.

Ultrasonic waves are usually used to penetrate something and either supply focused energy or measure the waves that bounce back, as a form of sonar. Bats produce ultrasonic clicks and chirps to echolocate; most people know about ultrasound for its use in sonography, taking images of a developing fetus inside the womb.

Medical technologists are experimenting with ultrasonic force fields to separate diseased cells from healthy ones, and manufacturers are studying how to use them to attach parts, according to a Bristol University news release.

In the popular BBC series “Doctor Who,” the Time Lord uses a sonic screwdriver to open locks and repair his time machine, among other uses. Drinkwater and colleagues are exploring whether these super-powerful “sound beams” can be made a reality. Part of the goal is to inspire young people to care about science and engineering, he said.

No word on how long it will take for Drinkwater to create a TARDIS.