The most dextrous, most careful and most useful robotic gripper is not a claw or a hand with several fingers... 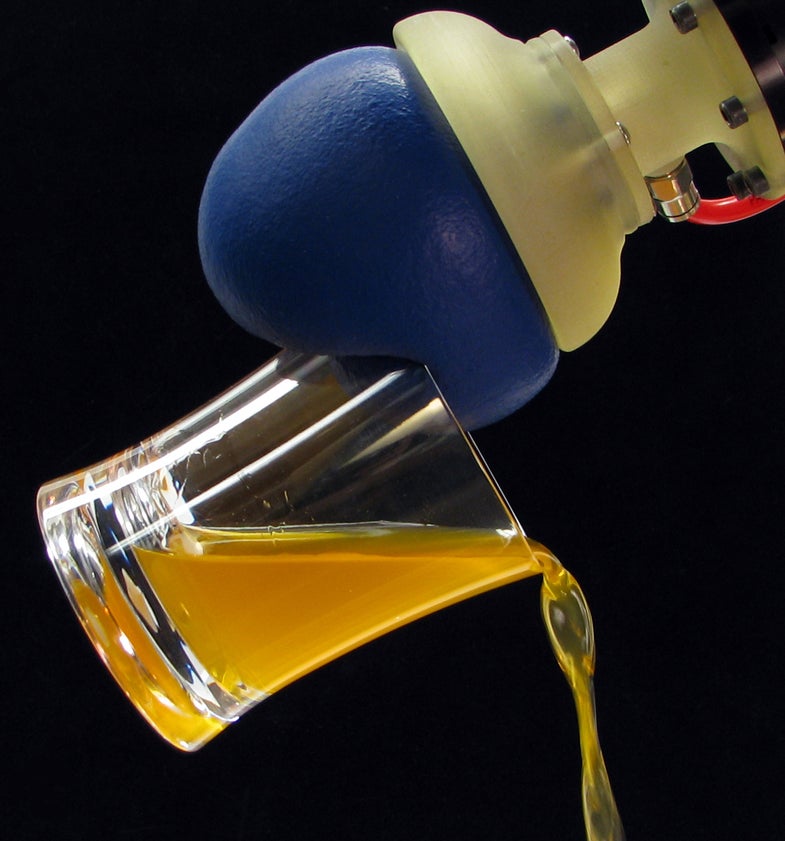 The most dextrous, most careful and most useful robotic gripper is not a claw or a hand with several fingers — it’s a sack of coffee grounds.

Working with funds from DARPA, researchers at Cornell University, the University of Chicago and iRobot came up with an ideal robotic gripping device, simply a latex party balloon filled with ground coffee. We’ll call it the Kinetic Object grippiNg Arm. Cornell would rather call it a “universal gripper,” but we think KONA has a nice DARPA-y ring to it.

It takes advantage of a physical phenomenon called jamming transition. When particles (like coffee grounds) are so densely packed that they can no longer slide past each other, they behave like a solid. When they’re loosely packed, they behave like a liquid. Coffee is actually a pretty good analogue for this phenomenon — when you buy those mini vacuum-packed bags of ground coffee, they’re hard as rocks; all the air has been sucked out, and the coffee grounds can’t move past each other. Open the bag and introduce some air, and they behave like loose particles again.

This is exactly how KONA works. From Cornell’s news service: An everyday party balloon is filled with ground coffee and attached to a robotic arm. The balloon presses down and deforms around an object, and then a vacuum sucks the air out of the balloon, solidifying its grip with just the right shape and pressure. When you want to let go, release the vacuum, and the balloon becomes soft again.

Designing hands is one of the biggest challenges in robotics. Like your own hand, robotic hands need to be dextrous yet solid, sensitive yet tough; they must be capable of plucking a raw egg from a basket, picking up a coin and hoisting a heavy object across a room. This is why scientists in Slovenia are letting robots punch them in the arm, and why Israeli researchers this summer offered a cash reward for the best robotic handshake: To truly make robots ubiquitous and helpful, someone needs to figure out the hands.

In this case, the researchers threw out hands altogether and opted for a mushy suction-ball instead.

Hod Lipson, an associate professor of mechanical engineering and computer science at Cornell, said the gripper is so simple, it could go on the market tomorrow. And its universality makes it useful for a wide range of applications, from improving prosthetic limbs to dismantling explosives. A paper describing the work was published online Oct. 25 in the Proceedings of the National Academy of Sciences.

In theory, any type of jammable particulate matter will work — the researchers tried sand, rice, couscous and ground-up old tires — but the researchers settled on coffee because it jams well and is lightweight. Any variety will do, the Cornell Chronicle explains. But we favor a certain blend of flavorful Hawaiian beans. 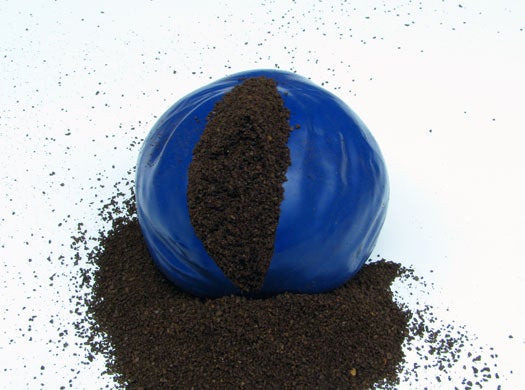