We use plastics to make everything from our computers to our toothbrushes, but a collaboration of researchers from the University... 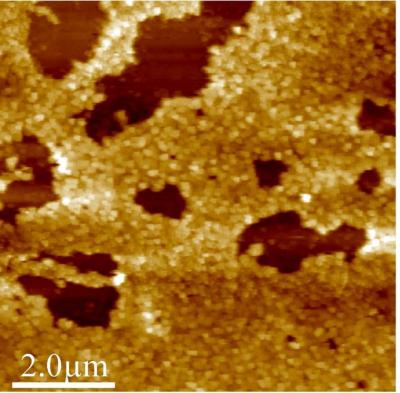 We use plastics to make everything from our computers to our toothbrushes, but a collaboration of researchers from the University of California at Irvine and the University of Shizuoka in Japan has made a big breakthrough by taking plastics to microscopic levels. Using plastic nanoparticles just 1/50,000th the width of a human hair, the team has created plastic antibodies that successfully function in the bloodstream of living animals to identify and fight a variety of antigens.

Antibodies are the proteins in our bodies produced by the immune system to recognize and neutralize foreign threats like infections, allergens, viruses and bacteria. These can include things as annoying but benign as plant pollen and dust to food allergens, bee venom, and other toxins. Our body produces antibodies in decent quantities, but in the case of allergies our immune systems can be unequipped to deal with certain antigens, and in other cases – such as a bad infection – our own natural antigens can simply become overwhelmed.

To counter these immune system shortcomings, the researchers took tiny plastic nanoparticles that had previously shown the ability to mimic natural antibodies. They then used a process known as molecular imprinting to stamp the shape of the antigen melittin, the primary toxin in bee venom, onto the antibody. By imprinting tiny antigen-shaped craters into the individual particles, the plastic antibodies were then finely tuned to attach themselves to those antigens in the blood.

The team then dosed a bunch of laboratory mice with lethal doses of melittin followed by an injection of the artificial antibodies. Those mice that received the antibodies showed a far higher survival rate, suggesting that the finely tuned plastic proteins can indeed track down and destroy threats within the living body.

The success of the molecular imprinting process coupled with the heightened survival rate of the mice suggests researchers could tailor a variety of these nanoparticles for use in just about any case where the body relies on antibodies for to fight off threats. That’s a lot of cases, opening the door to a synthetic immune booster that could potentially be used to treat myriad allergies, illnesses and infections.