Coming Soon to Emergency Rooms: A Drug Cocktail to Chill the Body and Save the Brain 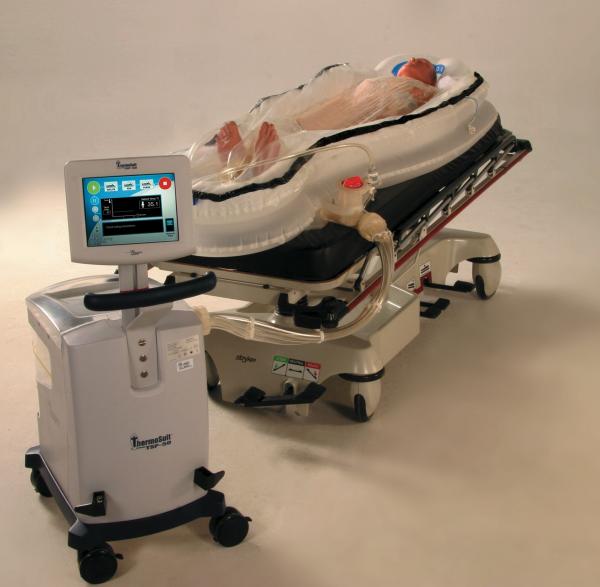 Dr. Laurence Katz’s emergency room patients receive a lot of different medications. Over the years, he noticed that some patients’ body temperatures were dropping during treatment, due to some unknown drugs or combinations of drugs.

Inducing hypothermia can help save the lives of patients whose brains have been starved of oxygen, so Dr. Katz, an associate professor at the University of North Carolina School of Medicine, didn’t want to stop the drops in body temperature — he wanted to figure out how to chill more patients.

Last year, after several years of research, he co-founded Hibernaid, a company he hopes will use his research to make the first commercially available drug for inducing therapeutic hypothermia.

Since 2003, the American Heart Association has been advising doctors to induce hypothermia in patients who remain unconscious after cardiac arrest. Cooling patients for 12 to 24 hours protects their brains from the harmful chemical reactions that come from oxygen deprivation, and considerably improves your chance of surviving cardiac arrest. Yet only about half the patients in the U.S. who could be helped through chilling receive it.

The problem, experts say, is that the current methods of cooling people can be cumbersome and expensive. And all are mechanical ways of forcing the body to cool — from ice bags to chilled intravenous saline — while the body fights to retain its normal temperature through violent shivering that often requires doctors to temporarily paralyze patients.

Katz figured that if he could recreate what was happening in his ER patients, he could formulate a drug to lower body temperature in a more natural way. Essentially, the body’s thermostat, which is housed in the hypothalamus, would be “reset” by the drug so the brain is tricked into thinking the body should be between 89.6 and 93.2 degrees Fahrenheit, instead of 98.6.

“We kept going like mad scientists,” Katz said of the roughly five years of trial and error that led to what he now believes is the correct combination of commonly used ER drugs, which he’s successfully used in animal studies. Katz isn’t the only researcher pursuing a drug to induce hypothermia, but he hopes Hibernaid can be the first company to bring its formulation to market.

Because the company hasn’t yet received a patent on its drug combination, Hibernaid CEO Stephen Petti declined to name the exact drugs in Katz’s formula. But Petti said they are all used at dosage levels below what they’d normally be given at in the ER. He hopes to start clinical trials in humans within a year.

Dr. Vinay Nadkarni, an associate professor at the Hospital of the University of Pennsylvania and past chair of the American Heart Association’s Emergency and Cardiovascular Care Committee, is a staunch advocate of getting more emergency medical personnel equipped and trained to induce hypothermia.

“There is clearly a need for the development of these novel approaches that give us options,” Nadkarni said of the potential to induce hypothermia with a drug instead of forcing the body to cool down.

A drug would eliminate the need to temporarily paralyze a shivering patient, and would allow for much easier access to patients by nurses and doctors who sometimes have to deal with patients covered in cooling blankets or surrounded by bags of ice, Nadkarni said. It would also mean ambulances don’t have to buy the refrigerators needed to keep saline chilled, if that’s their preferred method of inducing hypothermia.

While a drug would be a useful new option to help spread the availability of therapeutic hypothermia, Nadkarni cautions against the idea that any drug would provide a one-size-fits-all solution. Every drug carries a risk of potentially dangerous side effects, he said, and once you inject a drug into a person, you can’t reverse that decision if the patient starts reacting badly.

Current methods to cool aren’t perfect, he said, “but you can easily take a blanket off. When you’ve give a drug you’re stuck with what you’ve got.”

For Katz, who hopes that his research will eventually help other types of patients who have seen benefits from therapeutic hypothermia, such as victims of strokes and traumatic brain injury, getting a drug on the market can’t happen fast enough.

“These patients desperately need some help,” he said.