DNA Can Store Your Digital Data For Up To 2,000 Years

Stop throwing all your data into a digital black hole 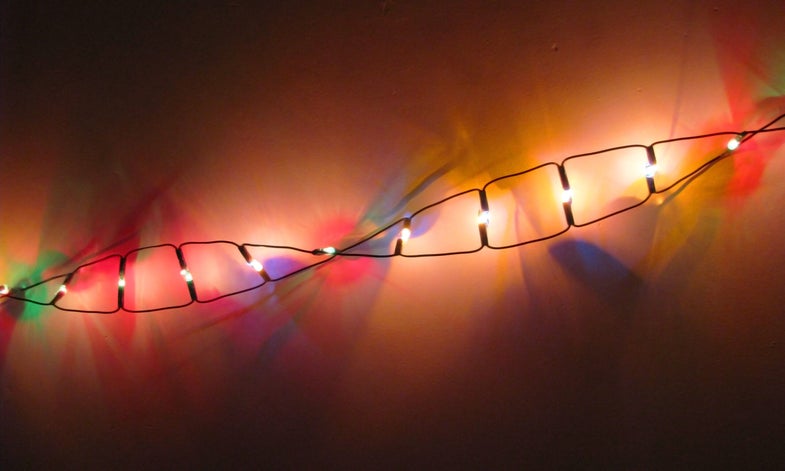 Your DNA holds an incredible amount of information in a very small space. Recently, researchers have looked to DNA as a method to store large amounts of digital information that are currently saved on hard drives. DNA storage has another advantage, too: It can last up to 2,000 years without breaking down, according to recent experiments presented at the annual meeting of the American Chemical Society, taking place this week, and reported by Hacked.

Our hard drives may seem pretty stable for now, but because of what they’re made of, they will likely break down after just a few decades. As we continue to digitize our history, having a stable way to store this information will become increasingly important—earlier this year, Internet pioneer Vint Cerf warned that, “We are nonchalantly throwing all of our data into what could become an information black hole without realizing it.”

A team of swiss engineers hope to employ DNA as a method to store more data. Today, our hard drives can store up to five terabytes of data, encoded with the zeros and ones of binary code. But if data were stored in DNA, the four chemical nucleotides (A, C, G, and T) could theoretically hold up to 300,000 terabytes. The researchers also wanted to see if the DNA would be able to retain information longer than a hard drive does now (which is about a few decades). They encoded DNA with 83 kilobytes of text written in the 13th and 10th centuries. They stored the DNA in silica spheres to protect it, and then warmed it to 160 degrees Fahrenheit for a week—the equivalent of keeping it at 50 degrees for 2,000 years. When the researchers decoded the DNA, they found no errors, indicating that the DNA held up well and the information they encoded stayed intact.

It’s not likely that your next computer will store your data in DNA. It’s still prohibitively expensive, and there’s no system to search and archive the information—something the Swiss researchers plan to look into in the near future. But digital archives may start using DNA sooner than you think; it no longer makes sense to throw our digitized cultural documents into an informational black hole.