How to shoot the best video on your smartphone 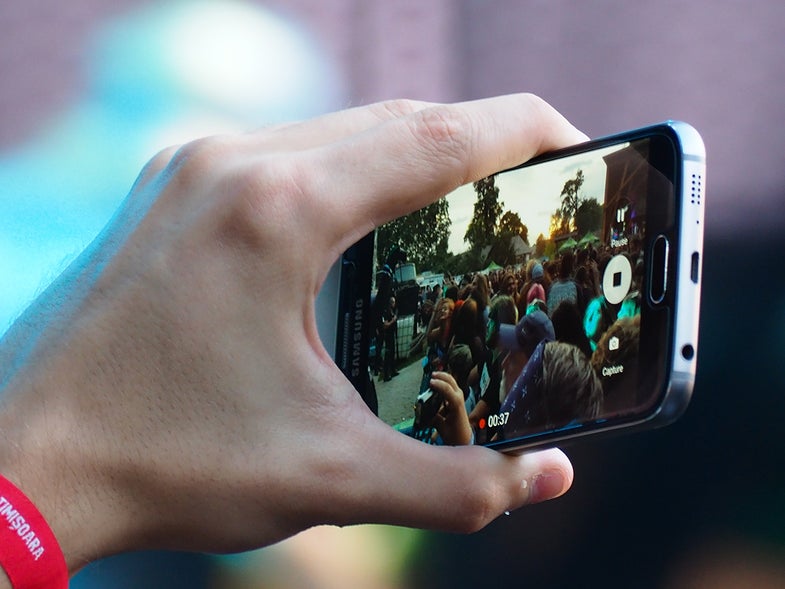 We all wield the miniature computers in our pockets to shoot endless photos…but what about video? While many of us do capture clips—spurred by improving camera quality, increased storage capacity, and the rise of “stories” formats on platforms like Snapchat and Instagram—the quality of these videos still tends to be low, with uneven lighting, variable audio, and a shaky frame.

However, a few smart tricks and well-chosen accessories can make all the difference to your phone video. Whether you’re recording a few seconds of footage for your friends or putting together a professional reel to share more widely, our advice will have you shooting like a pro in no time.

Dive into your settings

As you do when you snap photos, your first step should be to tweak the settings on your phone’s default camera app. Just what that app is, and what settings it offers, will vary depending on the device you own and the software it runs.

Recent versions of stock Android come bundled with the Google Camera app. For this option, you should increase the resolution of your footage as high as possible and enable video stabilization, if available. Access these settings by tapping the menu button (three horizontal lines) and choosing Settings.

With the most recent version of iOS, you should load Settings and then tap Camera. Here, you can pick a video recording format and turn on the Lock Camera toggle. The latter setting provides smoother footage by preventing dual-camera iPhones from switching between cameras during filming.

Finally, some settings appear in multiple operating systems. Take 4K, a higher-resolution video format that also takes up space on your device. If you want to up the resolution to 4K, first make sure you’ve got plenty of storage space available. On Android, check this under Settings and Storage; on iOS, find it under Settings, General, and iPhone Storage. If you plan to spend a long day filming, remember to fully charge your phone before you start, and consider investing in a portable charging pack (we like the Anker PowerCore 20100).

In addition to 4K, most default camera apps offer some kind of slow-motion mode, which can be useful for certain scenes. On Android, access it from the main app menu; on iOS, pick it from the carousel of modes along the bottom. Pay attention to the frame rate of the slow-motion mode: The slower you want to go, the higher the frames-per-second (fps) will be. While this might be desirable for super-slow-mo, higher fps also goes with lower image resolution. If you can’t find a reference to FPS in the app itself, look it up online, and decide whether the compromise between frame rate and resolution is worth it. You will also need a lot of light to shoot in slow-motion, so avoid it in dark situations.

Besides the camera app that comes with your phone, third-party ones offer extra shooting and editing tools, as well as special effects. Here are a few of our favorites.

Quik (for Android and iOS), a free GoPro-owned app, helps you edit on your phone, putting your scenes in order and stitching them together. But its real value comes from what it does after you’ve shot your video: It lets you trim excess footage, rearrange scenes, and add text and music on top.

For more serious film-makers, Filmic Pro (for Android and iOS) has long been one of the go-to apps, though it will set you back $14.99. Still, you get value for your money: The app provides manual control over exposure, focus, and more; live color and brightness adjustments as you shoot; and in-camera effects like slow-motion and time lapse.

If Filmic Pro is outside your budget, try the $5.99 MoviePro (though this one is only available on iOS). Like the pricier app, it gives you much more manual control over your recordings than the default camera app does. With MoviePro, you can manipulate focus, exposure, white balance, video quality, and more.

Some apps can even help you make a different kind of movie altogether. For example, if you want to create some claymation goodness, check out Stop Motion Studio (for Android and iOS). The free app helps you bring your stop-motion dreams to live, and it offers extra effects as in-app purchases.

Of course, even the best app in the world can’t work its magic if you don’t offer it some help. Make sure to follow some basic filming rules: Always shoot more footage than you need so you can trim and cut later, and always film sample clips to practice (and see whether the framing, lighting, and sound is working as intended) before going on to the real deal. Finally, to get the result you want, you should experiment and plan ahead with whatever apps you use. Practice makes perfect, and familiarity will be crucial—you don’t want to waste a whole afternoon shooting footage, only to get back to your computer for editing and find that most of it is unusable.

Shooting video obviously takes longer than snapping a picture. This makes phone accessories like tripods even more useful, especially if you start to get more serious about phone films. Fortunately, you have plenty of technology to play with—we’ll highlight a few top accessories here.

When you first get started, try the sturdy, compact, and budget-friendly Joby GorillaPod Magnetic Tripod ($26.99 on Amazon), which comes with a wireless Bluetooth controller for starting and stopping recording at a distance. Thanks to its flexible legs, you can place it almost anywhere, and it’s compatible with most modern Android devices and iPhones. If you want to get more serious about your smartphone movies, you might want to invest in a gimbal to keep your footage as solid as a rock. Gimbals also make panning around much smoother. The admittedly expensive DJI Phone Camera Gimbal ($249 on Amazon) is one of the better choices, and it fits most types of smartphone.

Audio is another very important part of the movie-making process. Chances are, your phone’s built-in microphone won’t pick up sounds, or reduce wind and other noises, all that well. However, try some test runs to see. If you find that you need some extra audio gear, a microphone like the Rode VideoMic Go ($139.95 on Amazon) will give your sound quality a huge upgrade. An external mic is particularly helpful for enhancing dialogue from your principal actors while cutting background noise.

As with photos, you can transform your videos—and add some neat effects—by clipping extra lenses onto your smartphone. These typically add bigger zoom capabilities or wider angles to your phone’s built-in camera. The Olloclip lens set for iPhone ($99 on Amazon), for example, includes three lenses: zoom, wide-angle, and fish-eye. However, these only work with iPhones, so Android users should seek out gear that fits their own make and model.

While accessories are helpful, the environment around you can also enhance your video quality. Try leaning on a wall to keep your phone stable, or adjusting a desk lamp to add an unusual lighting effect. Part of the secret of making the best smartphone videos is finding a different angle or a way of filming a scene that hasn’t been done before. And for that, you don’t necessarily need a hardware accessory.