Build a portable computer on a USB stick

It's a PC that you can carry anywhere. 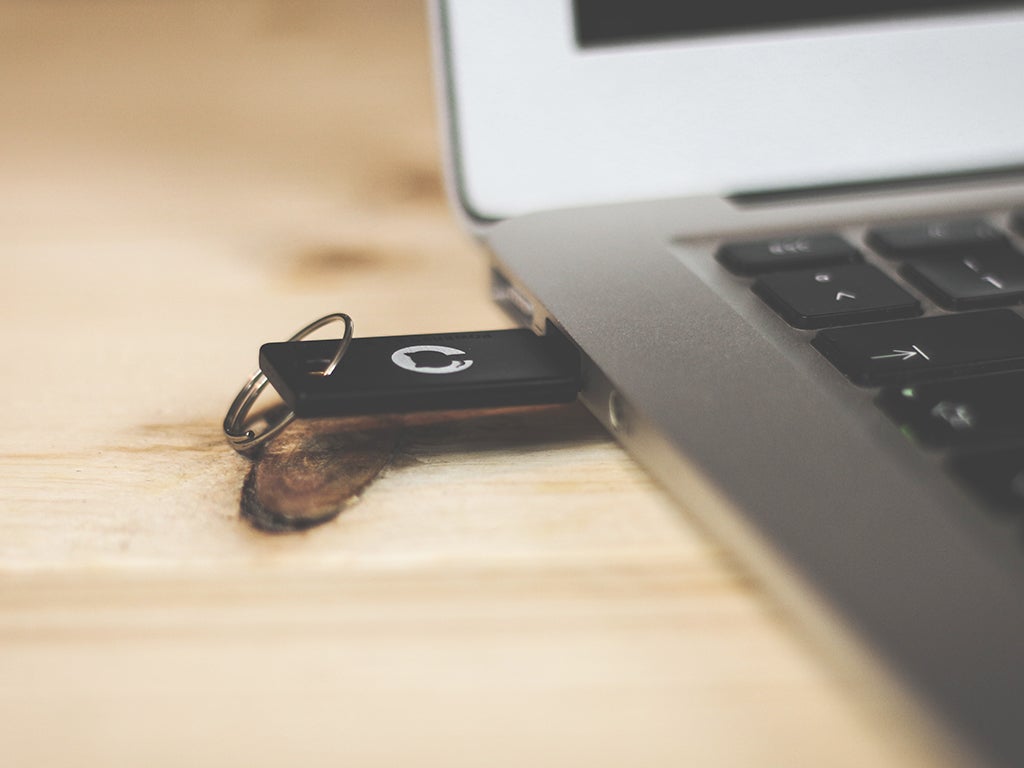 Linux, the free and open-source operating system, has fewer desktop users than Windows and macOS. But it’s also far more flexible. In fact, you can install many of its versions (Linux comes in several different flavors, called distributions or distros) on a USB stick. Once you’ve created your portable computer, simply plug it into a PC or Mac of your choice, boot it up from the drive, and you’re up and running.

This mini computer can contain all your apps, programs, and files—it really is like having a portable computer in the palm of your hand. Much easier to tote around than a laptop, a USB computer comes in handy if you tend to switch between an office and home computer and want to use the same programs on both. It’s also a good option to have if you want to borrow a friend’s computer without interfering with anything on there.

USB stick computers do have their downsides, as you might expect for something that’s hundreds of dollars cheaper and much smaller than a full-size machine. You can only run basic apps, and file access times are likely to be slower, especially if you’re using older USB 2.0 ports rather than the latest USB 3.0. You’re also limited by the space on the USB drive, which can’t match the biggest hard drives. Finally, you still need a mouse, keyboard, and monitor to access the drive’s contents, as well as a standard computer to boot up from.

That said, these devices provide maximum flexibility and portability—and they’re relatively easy to set up. Read on to learn how.

The latest versions of hardware will have the latest speeds and technologies. So invest in a new USB drive for this project, ideally one that works with USB 3.0. Choose a device from a trusted brand name like Kingston or SanDisk, and shell out for as much capacity (you’ll need at least 4GB) and speed as you can afford. If you’re waffling between two options and need a clincher to pick one, then go for the drive with the fastest read speeds listed in the specs. For example, we’d recommend a 64GB Kingston Data Traveler ($22.97 on Amazon) or a 32GB SanDisk Ultra CZ48 ($11.99 on Amazon).

Once you’ve got the USB stick, you’ll need the software to go on it—which means it’s time to choose a Linux distribution. Many different distros can run on a USB in many different configurations. Netrunner, Ubuntu, Porteous, Knoppix, Fedora, and Mint are all good choices, and you can find more information about them at the above links. However, we went with a different option.

This guide will focus on the Raspberry Pi foundation’s Pixel OS, which is a version of a Linux distro called Debian. We picked it for several reasons: It’s simple to set up and operate, it includes all the basic apps you’re likely to need, and we’re fans of the Raspberry Pi mini computer. The operating system is free to download and you can pick it up at this link. That said, the process only varies slightly from one version to another. So if you prefer a different distro, feel free to go with that instead of Pixel OS. If you need extra help, you’ll find plenty of official and unofficial instructions, specific to each version of Linux, available for free online.

Finally, you need a standard computer (complete with keyboard, monitor, the whole shebang) that can boot up from a USB drive—which covers pretty much all machines sold in the last five years or so. You’re only likely to run into problems if you’re plugging your drive into a really old machine, or a new MacBook without any full-sized USB ports. If you do have a newer Apple laptop, you’ll have to buy an adapter dongle ($18.75 on Amazon) that lets you connect it to a standard USB drive. Or you could rethink your flash drive choice, and instead pick one that works with USB-C, such as like the 64GB SanDisk Dual ($45.25 on Amazon).

Set up your USB stick

Download the version of the Pixel OS file with an .iso extension, as well as the Etcher utility. The latter, a free program for both Windows and macOS, makes the process of creating your USB-stick computer very simple indeed.

To get started, plug your flash drive into your standard computer. Everything currently on the USB drive will get wiped as Pixel OS is installed—so make sure your stick doesn’t already hold irreplaceable smartphone photos or any other files that you really want to keep

Next, fire up Etcher on the computer, click Select Image, and choose the Pixel OS ISO file you downloaded earlier. Click Select Drive to choose your flash drive, and click Flash! The process will take a few minutes, and then your Pixel-powered USB stick will be ready to go.

Use your new computer

When you’re ready to use your newly configured USB drive, turn off the standard computer you plan to use, insert the mini computer into a spare port, then turn on the larger machine and boot up from the USB drive. On a macOS computer, you do this by holding down the Option key when you press the power button and then selecting the USB drive from the list. On Windows, you’ll have to press a function button like F2 or F12 while the computer is turning on to see a list of bootable drives. Instructions for doing this typically appear as the computer starts up, but if you’re not sure, run a quick web search using the PC’s manufacturer and model.

Once you’ve specified the new USB drive that you want to boot from, Pixel OS will launch. By default, it runs “with persistence,” which means it stores all of your files and app configurations as you go. If you’d prefer to leave no trace of your activities on the mini computer (which means that every time you boot up from it, you’ll have the experience of a fresh install), you can run Pixel without persistence. Simply hit Esc during the boot sequence to do so.

Pixel itself is very straightforward and easy to use. To access your programs—which include Chromium (on which Google Chrome is based) for web browsing and LibreOffice for word processing and other productivity needs—click the Pi menu at the top left corner of the screen.

This system also supports Bluetooth and Wi-Fi: Hit the Wi-Fi symbol in the top right corner of the screen, and connect to a network by selecting one and entering the password.

If you’re running the computer with persistence, you can see your saved files by clicking the folders icon on the top menu bar. Pixel creates some default folders, like Music and Videos, to get you started, but you can organize your data however you’d like.

Look in the Accessories menu for useful utilities, such as a calculator and PDF viewer. And if you want to change anything about the operating system, simply open up the Preferences menu. When you’re ready to leave the computer you’re on, use the main menu’s Shutdown option. Then unplug your new Pixel OS USB drive and take your computer away with you.