For less than $1,000, the MakerBot kit provides nearly everything you need for your very own 3-D plastic printer. We find out what it takes to build and use one 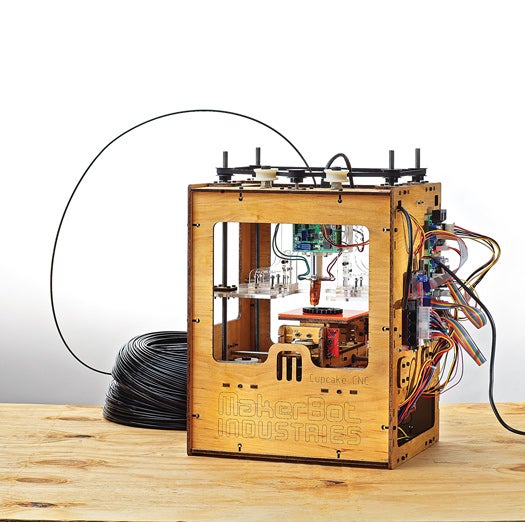 It sounds like the promise of an ad in the back of a PopSci issue from the 1950s. Build your own replicating machine! Make anything you desire in your own garage! But that’s exactly what veteran hacker Bre Pettis and his pals offer with their CupCake CNC kit: a computer-controlled 3-D printer that can whip up almost any object of less than four inches on a side from two kinds of plastic. The company’s goal is to make home manufacturing cheap and common. And the whole setup is open-source, so anybody can modify and improve the design, or even copy it wholesale. 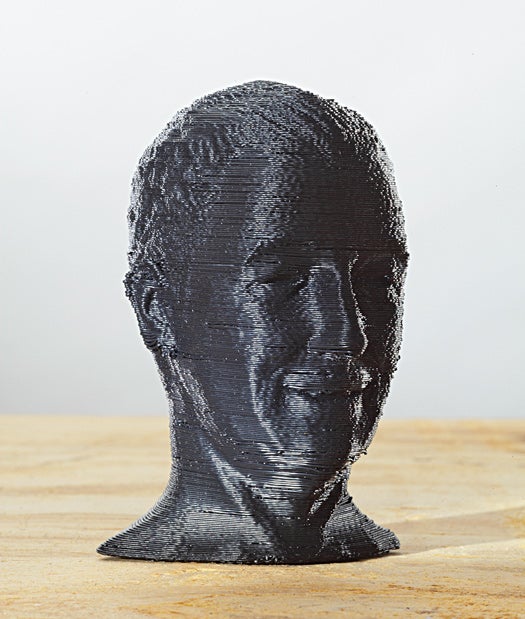 The MakerBot prints in plastic, and will soon also be able to use cake frosting or clay. h

MakerBot’s Web site says the project should take two people a weekend. That much was true; nothing about the process was too complicated, and the instructions on the site’s wiki pages were good enough. Only after finishing did we realize that we had no idea what came next. How do you get it to actually, you know, print?

It turns out that the trickiest part of making a 3-D printer kit is the software coding that tells it what to do. After several e-mail exchanges with Pettis, we finally got the beast moving. Unfortunately, our first effort looked more like modern art than the pulley we were going for. The machine is not impossible to master, though. Makerbot.com is full of examples of amazing printed objects, and a sister site, Thingaverse.com, hosts thousands of shared 3-D models that you can just download and plug in, once you get a handle on the software.

EXTRUDER CONTROLLER: The top is the controller board. The bottom—the orange head—is the part that gets very hot. Solid plastic enters the top and moves into a heated head that melts it. The movement of this part in three dimensions, and the start and stop of the flow through the head, determine the final shape of the printed object. 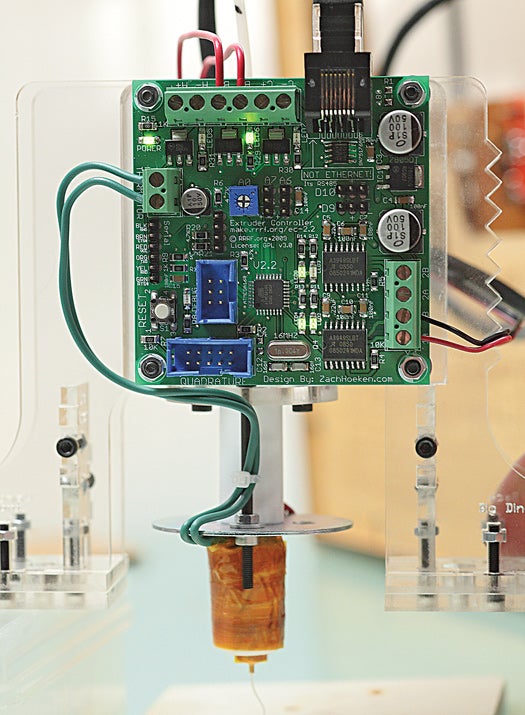 THE XY STAGE: When it’s fitted into place, this part will move left and right and back and forth to position the extruder that dispenses the plastic. 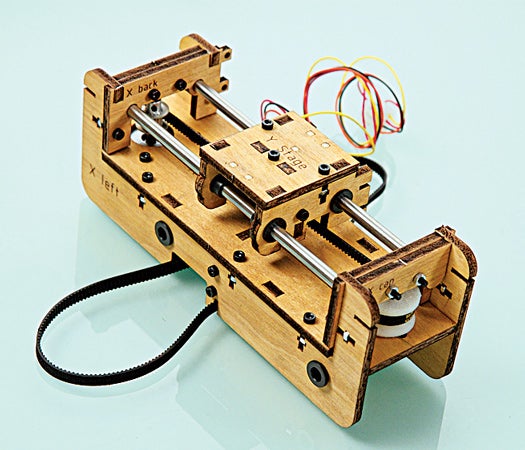 IDLER WHEEL: This feeds the ABS plastic line into the extruder. We marked it up with black lines so that we could track its movement as it spins. 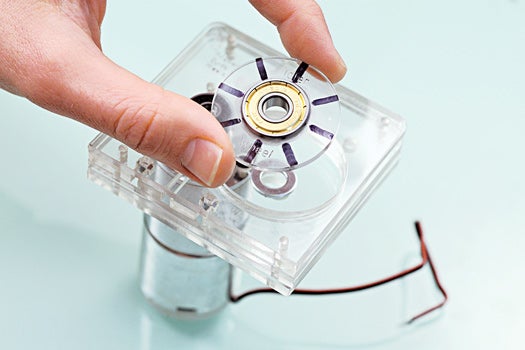 THE KIT: Everything is packed well and clearly labeled for easy identification during the build. The deluxe version of the kit even includes tools and a power supply. 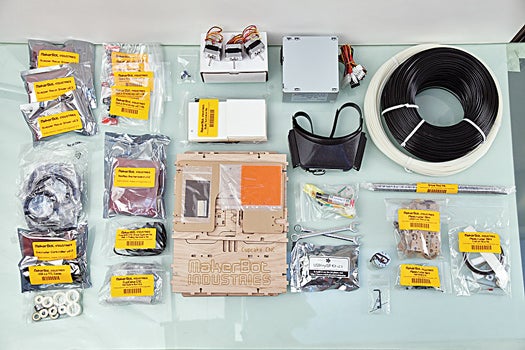 5 Things to Know Before Tackling a MakerBot Build

1. Depending on your operating system, some coding skills may be necessary. If your comfort level with software stops at formatting text in Word, find a friend who knows his way around code.

2. Because different parts require different temperature and speed settings for the plastic-dripping nozzles, it’s not really a click-to-print setup yet. Plan extra time and materials for trial runs, and for cleaning the nozzles between jobs.

3. The printer kit is smaller than you might expect. My big hands fumbled with many of the tiny parts. Keep needle-nose pliers and, ideally, a friend with smaller, more nimble hands nearby.

4. Use the wiki on makerbot.com as you go. It has good, updated step-by-step instructions for the hardware assembly. Check out the forums as well for further help from people who have been through the build process already.

5. The CupCake is not yet a robust manufacturing system. But its open-source roots and the community of early adopters growing around it mean that you can keep upgrading and improving it over time. 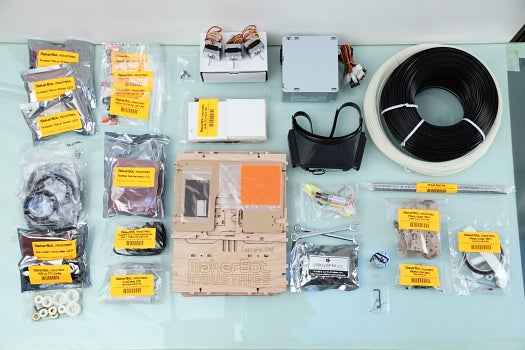 The complete contents of our box. The MakerBot folks do an incredible job with the packing and the labels so you never find yourself looking for the next part–they even supplied basic wrenches. 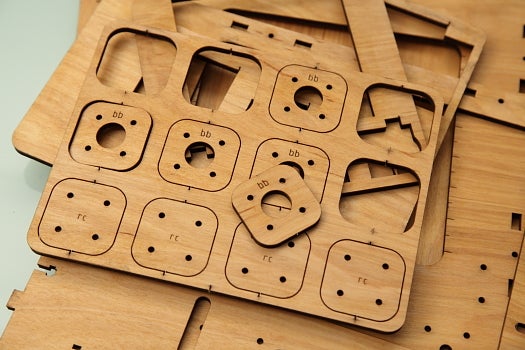 Most of the structural elements come in boards of laser-cut parts–just pop them out and build away. 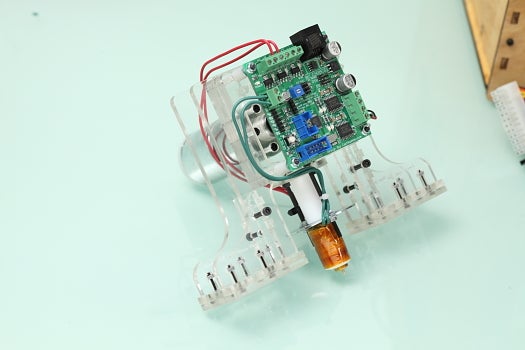 Where the Magic Happens

This is the Plastruder MK4—the MakerBot’s “print head.” Its tip can get as hot as 250 degrees Celsius, so it’s nice to know that you built it with your bare hands and that you REALLY do trust yourself! 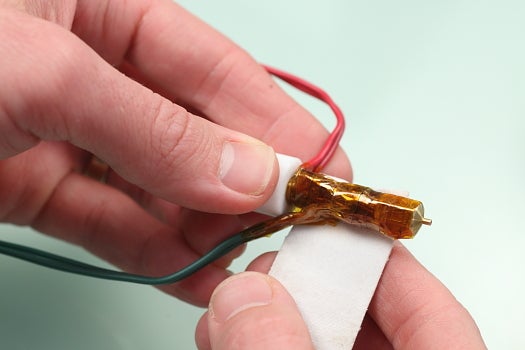 This is the “hot” core of our extruder starting to come together. 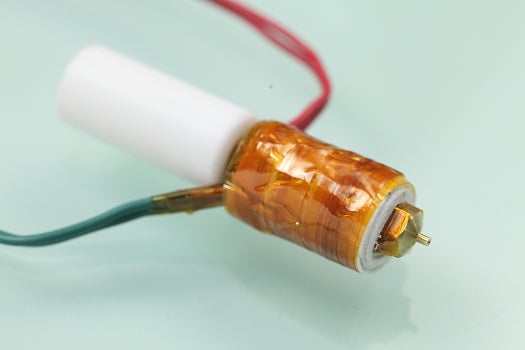 The extruder fully wrapped up with high-heat tape. 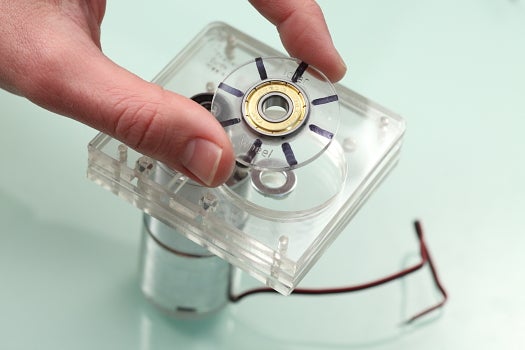 This is the idler wheel that feeds the ABS plastic. By marking it up with a sharpie you can track it’s movement and watch it spin. 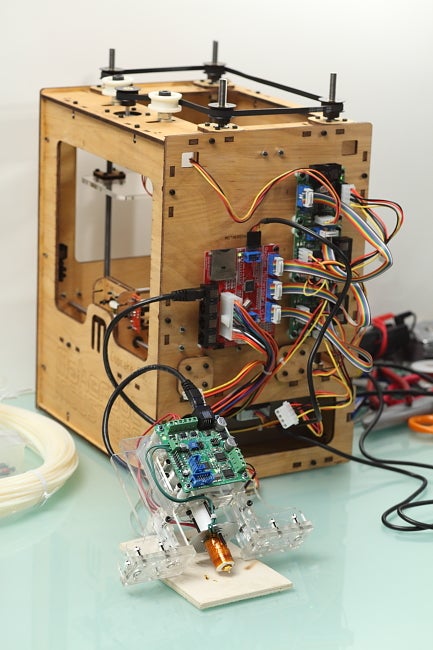 You Break It, You Fix It

Here we have the extruder module out of the unit so we can run tests on it prior to its install. What’s great about building the unit is that if something goes wrong you will be able to fix it. 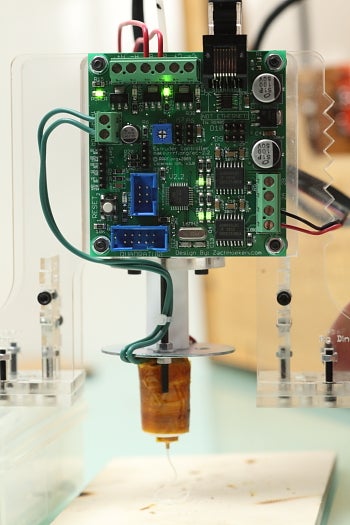 The fully functional extruder undergoing a trial run to get the ABS plastic dialed in. 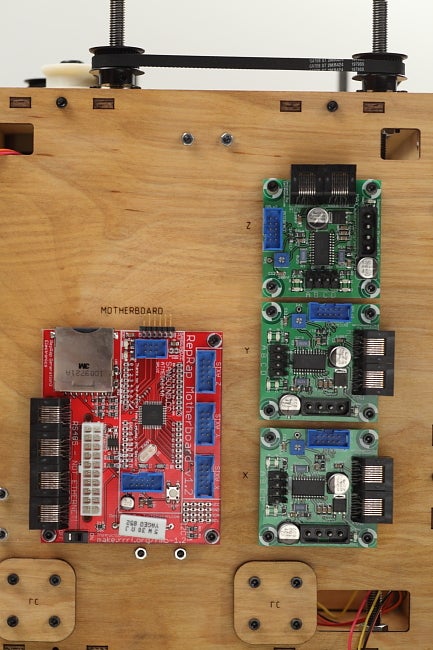 The motherboard and stepper boards are mounted to the outside of the case, which makes it easier to wire them up. 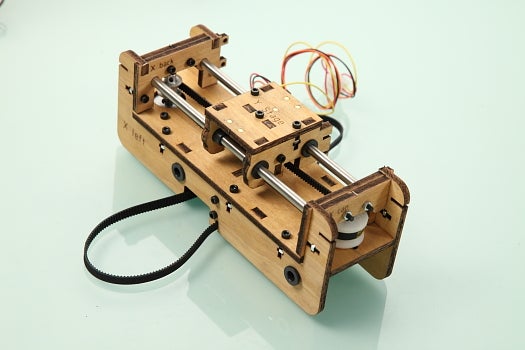 This Way and That

This is the X and Y stage together, the module responsible for moving the print head. 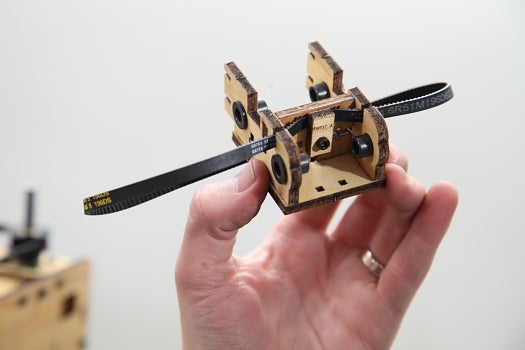 The Y stage starts to come together. 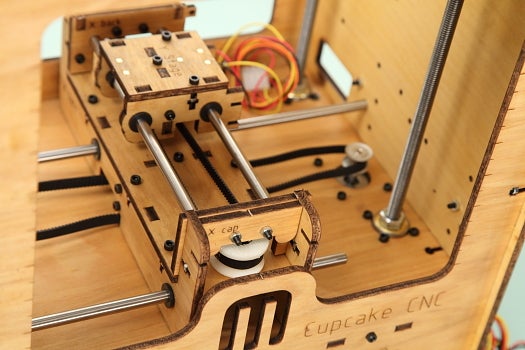 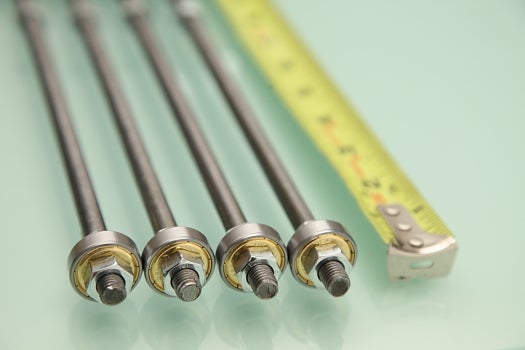 These are the Z rods that control the height of the X/Y stage. 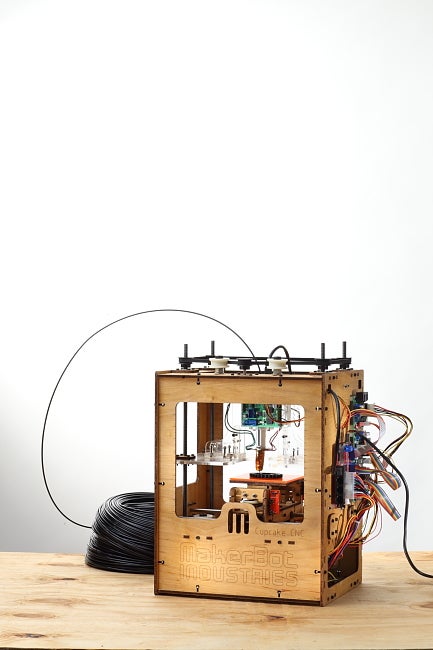 The final unit all loaded up with black ABS plastic and ready to make parts. 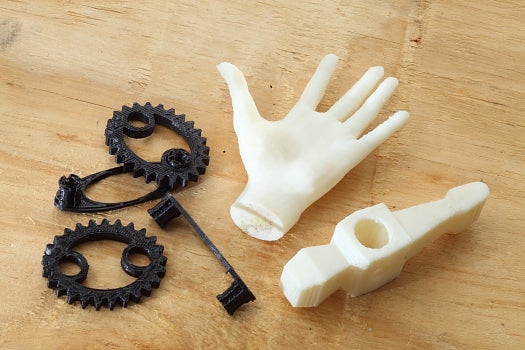 These are a few examples of the sort of objects the MakerBot can produce.
3-D printers
build it
DIY
july 2010
makerbot