How to install Android Oreo on your phone right now

Jump to the front of the line. 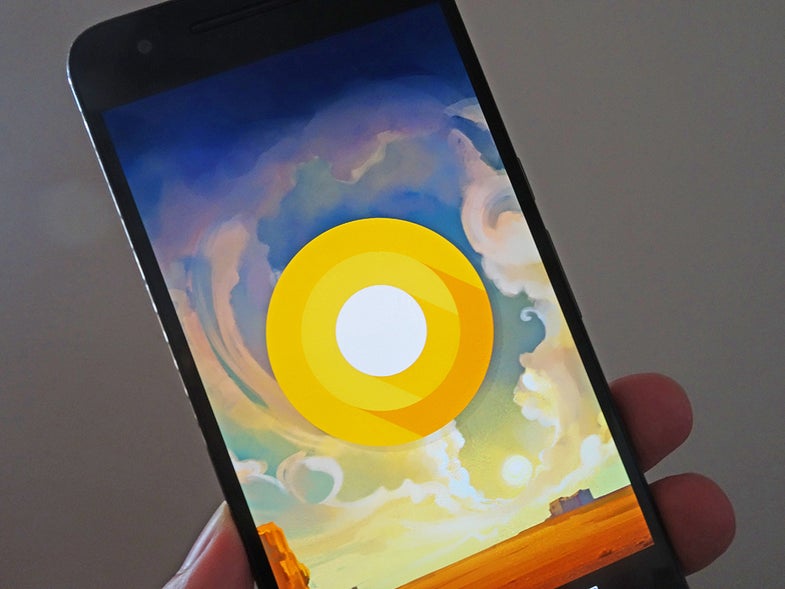 Android 8.0 Oreo is here—and by “here,” we mean it’s rolling out only to Google-produced devices, phones that run the stock, unmodified version of Android. Essentially, only those who own Google Pixel phones, the recent Google Nexus phones, and a couple of tablets can access it easily.

Which is a pity, because Oreo offers goodies such as an improved notification system, picture-in-picture support for any app, and better battery life management. If you’re eager to install it on your own device and play around with the new operating system, you can take some shortcuts. However, your options will depend on the type of phone you own: This guide primarily applies to Pixel and Nexus users, but it does include a course of action for other phones.

That’s because manufacturers like Samsung, LG, Sony, Huawei, HTC, and others all add their own tweaks and extras to the stock operating system before making it available on their phones. Before updating to the latest version of Android, they want to put their own stamp on it. Incidentally, that’s one of the reasons why Google has unbundled so many of its apps and features from the Android operating system. You can update everything from Gmail to the Google Play Store independently of the Android operating system, so Google is able to push the latest versions of its apps out even if the OS lags behind.

Do you own a Pixel, Pixel XL, Nexus 5X, or Nexus 6P smartphone? Your update could be right around the corner: Carrier testing is apparently already underway, so Oreo may have already arrived on your device; if not, the update should be available soon. Head to the Settings app and tap About Phone, then System Updates, to see if your Android Oreo update has arrived yet.

If the update isn’t available yet, and you want to speed up the process, you can do so by signing up for the Android Beta program run by Google. This will give you early access to new versions of the operating system before everyone else—although the version you test may be slightly buggy. Once you sign up for beta, the program will also give you the finished version of Oreo before everyone else.

On the smartphone you want to upgrade, head to the Android Beta program’s sign-up page. If you’re on a compatible device, then you can simply tap the Enroll device button. After a short delay, you should receive a prompt to download and install Android 8.0 Oreo on that phone. Then you can start enjoying all the features of the new operating system.

Before you leap, there’s a caveat to consider: As Google develops Oreo further, you’ll continue getting beta updates. While most beta versions that Google pushes out work just fine, they will be more prone to crashes and bugs than the stable final versions of the software.

If the bugs get to you, you can remove your phone from the beta program using the same page from which you enrolled. However, that does require you to completely wipe your device before re-installing the more stable version of Android. So you’ll have to safely back up all your important data before you un-enroll.

For Pixel and Nexus devices, you do have another option: a manual update. This involves downloading the full Android 8.0 Oreo code, which Google has published online (appearing publicly on the internet is what makes a new Android version “official”). Sadly, this code is optimized for certain devices (specifically Pixel, Pixel XL, Nexus 5X, and Nexus 6P phones), so you can’t just slap it on a Samsung Galaxy S8 or an LG V30.

A manual update requires some technical know-how, because you need to use tools designed for app developers. And if you make a wrong move, you risk bricking your phone. What’s more, this type of update will completely wipe your device in the process, so again, you need to back up everything that you want to keep. In short, we only recommend this option if you’re comfortable tinkering around with your device, and you have a spare phone you can switch to should the worst happen. Otherwise, just wait for the automatic update.

You can download the operating system’s public code, known as its factory image, from the Android Developer Portal. Locate your phone’s make and model in the list, find the entry for Android 8.0, and click Link to start the download. Then extract the files to a folder of your choice.

Once you’ve saved the factory-image files somewhere on your hard drive, your next step is to set up the developer tools. First, you need to unlock your device so you can install new software. Essentially, you’re disabling the setting that makes your phone wait for a verified update from your carrier. Next, download the SDK Platform Tools zip file, and extract it to a folder of your choice on your hard disk. You might want to create a new folder for this specific purpose.

You also need to get your phone ready for action. Head to About Phone in Settings, tap the Build number seven times, and you should see a dialog box confirming your phone is now ready for some developer tweaks. Go back to Settings, find the new Developer options menu, and make sure to enable both USB debugging and OEM unlocking.

Once your phone’s ready to go, connect it to your computer with its manufacturer-supplied USB cable. Then open a command line or terminal window in the folder you’ve extracted the Platform Tools folder to:

If you run into difficulties or get stuck, Google offers a more comprehensive guide to performing manual Android updates.

Finally, once you’ve checked to make absolutely sure you’ve backed up your data, you’re ready to flash Oreo to your phone—in other words, to copy the new operating system over the previous version. Open a new command prompt window, as described above, in the folder where you extracted the Oreo files, or navigate to it in the existing window. Then type “flash-all” to get the software on board. The installation may take a few minutes, so be patient.

After the installation has completed, it’s wise to re-lock your phone’s bootloader, which loads the operating system when the phone starts up, because the bootloader is also the section of your phone’s software that stops rogue apps from taking over Android. Go back to the Platform Tools folder in your command prompt window and use the command “fastboot flashing lock” to lock it in place.

This might sound like a lot of time and effort to get Oreo, especially if your phone is in line for a normal upgrade in the next few days. However, you’ll come out the other end knowing a lot more about how Android works and how you can modify it. Modders use the same procedure to put custom Android operating systems, such as the popular LineageOS, on their devices. You can learn out more about flashing Android operating systems, or ROMs, in one of the many guides available online.

For other devices: Install the launcher

To be honest, if your smartphone isn’t a Nexus or a Pixel, then you can’t wave a magic wand and get Samsung, HTC, or any other manufacturer to release an update especially for your device. We’ve already mentioned the delays that happen when third-party manufacturers get involved in Android updates, and unfortunately, we can’t offer you any secret shortcut around those.

That said, you can make your phone look and work more like Oreo by installing an Oreo-style launcher, produced by Android developers. Launchers are programs that take over the whole look and feel of an Android device without touching the apps underneath.

Before you download the launcher, head to the Security page in Settings and set the Unknown sources toggle switch to On. This lets you install apps from outside the Play Store. Next, visit the Rootless Pixel Launcher page on your phone and download the most recent APK file listed there. When you open it, the installer will run.

The next time you hit the Home button on your Android device, you’ll get the option to use the Launcher3 app as the default. If you agree, then your phone will behave as if it’s running Oreo. To go back to the default look for your phone, you can uninstall the app again. In Settings, go to Apps, find Launcher3, and then tap the Uninstall button. It’s not quite as good as having Android Oreo itself, but it might keep you going until version 8.0 arrives for your device.