New study: Why can some people smell asparagus in their pee?

An age-old question gets a genomic-era investigation. 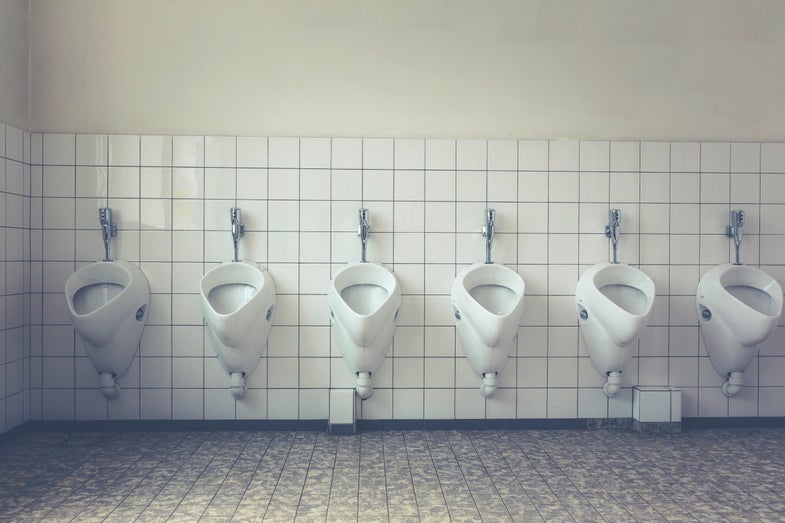 There are two kinds of people in this world: The ones who think their pee smells weird after they eat asparagus, and the ones who don’t. In the British Medical Journal’s 2016 Christmas issue—where scientists are encouraged to submit seriously executed studies on seemingly silly subjects—researchers take a crack at determining the genetic mutations behind the great asparagus pee divide.

First things first: Why does asparagus make your pee smell? Blame asparagusic acid, which the human body breaks down into stinky, sulfur-containing compounds. Unlike asparagusic acid itself, the digested compounds are volatile, which means they vaporize into gas at room temperature. In this case, that means they hit your nose not long after they hit the toilet.

Most research suggests that all humans produce these compounds after consuming asparagus, it’s just that some of us don’t have the right smell receptors to notice them. And it’s not as if the issue is black and white (or yellow and, uh, clear, if you will). Some super smellers will detect eau de asparagus in their urine (or someone else’s urine, unfortunately) after a mere nibble, while others will only catch the scent after the vegetable has played a prominent role in a recent meal. And while it seems likely that it’s normal to excrete these compounds, no one can say for sure that some “non-smellers” aren’t also non-excreters.

In a study published on Tuesday, researchers led by Sarah Markt and Lorelei Mucci at the Harvard T.H. Chan School of Public Health delved deeper into the murky mystery of asparagus pee. They report that 40 percent (2,748/6,909) of their study subjects could smell a distinct odor in their urine after eating asparagus, and 60 percent could not.

Women were less likely to report asparagus-pee-detection skills than men—despite the fact that women tend to be better at identifying smells.

“We hypothesize that this unexpected result might be due to underreporting by a few modest women who are loathe to admit they can smell the distinctive odor in their urine,” the study authors write. “It is possible that women are less likely than men to notice an unusual odor in their urine because their position during urination might reduce their exposure to volatile odorants.”

So the study has its limitations (as BMJ Christmas studies often do), but if the self-reporting is accurate, the researchers may have some clues about the genetic origins of this strange super-sense.

The researchers found 871 single nucleotide polymorphisms (SNPs) that seemed to correlate with “asparagus anosmia,” the inability to sniff out asparagus pee. SNPs are the most common kinds of genetic variations—the difference in a single DNA building block, or nucleotide. All of the pee SNPs were found (shocker) on genes associated with smell. One day, the authors cheekily suggest, these genes could be used to create “targeted therapies to help anosmic people discover what they are missing.”

We may never know what trick of evolution led some of us to smell the effects of asparagus on our urine while some are left blissfully ignorant. But thank goodness someone is asking.