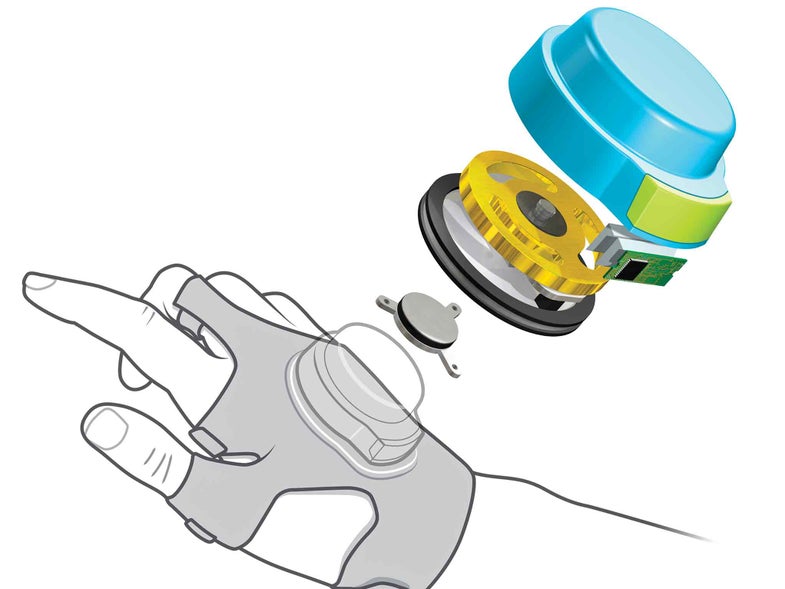 While working at a London hospital, 24-year-old medical student Faii Ong went to perform some routine tests on a 103-year-old patient suffering from hand tremors. The woman’s hands shook so badly, Ong says, that she’d spent half an hour just trying to eat soup, most of which had spilled. He spent the next half-hour cleaning her up.

To Ong, now 26, the situation was deplorable. And although the hospital staff said that there was nothing to be done, he refused to believe them. Instead, he recruited a few of his fellow students to build a solution: GyroGlove.

Worn on the hand, the device stabilizes tremors with a gyroscope. This spinning disc—used in both aerospace technology and children’s toys—maintains an upright position, even when pushed. So when the hand shakes, tilting the gyroscope, the disc will resist the force attempting to knock it over. This creates a sensation wearers compared to moving their hands through syrup. Early GyroGlove tests reduced significant tremors by more than 80 percent.

The GyroGlove could benefit professional surgeons, athletes, photographers, and others who require steady hands. But it would change the lives of the up to 10 million people suffering from Parkinson’s and the up to 200 million affected by essential tremor globally. “The vision is to restore quality of life and independence,” says Ong.

This article was originally published in the May/June 2016 issue of Popular Science, under the title “This Glove Fights Hand Tremors.”