The Wireless Charging Future Is Getting Closer To Reality

But it still has a long way to go 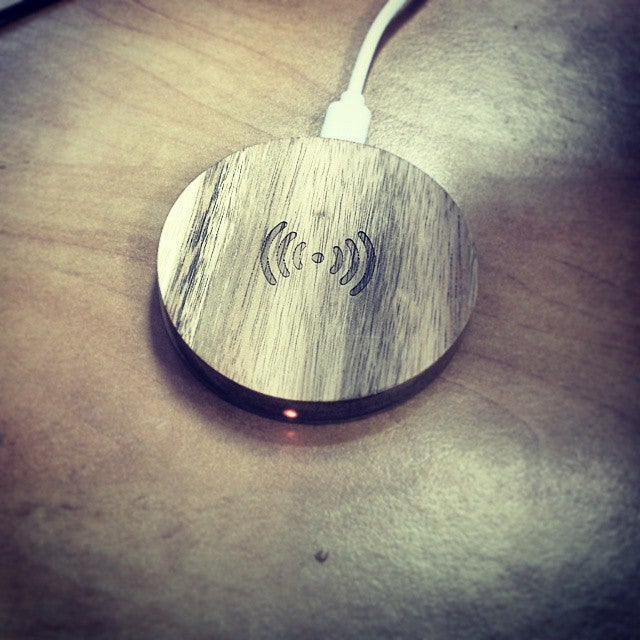 Imagine a world where we don’t have to plug anything in. Your phone, laptop, tablet and headphones are constantly being topped-up whenever they’re placed on an inductive surface, so that when you take them out with you into the wider world, your devices are always brimming with battery. Step-by-step, it’s what we might be moving toward, if the industry lobbying group The Wireless Power Consortium gets its way. The group’s long-in-development wireless charging technology, Qi, is now getting a considerable power boost, which means it will be able to charge more smartphones faster, as well as tablets, which were previously too power hungry for it. While this a big step forward for Qi, and may lead to wider adoption for the fledgling charging standard, there are other barriers still standing in the way on the road to a wireless power utopia.

First, a note on Qi’s progress: the new Qi jumps from its previous 5 watt cap to 15 watts. Most smartphones have traditionally required 5 watts of power to charge. But now, some Android phones have started to feature faster charging through the use of 15 watt chargers. This new Qi standard would allow manufacturers to make phones capable of charging wirelessly at those high speeds, up to 60 percent battery in 30 minutes, according to a Wireless Power Consortium press release. That’s compared to normal 5W charging, which according to Kirchhoff’s Law, could take more than twice that time.

The upgrade also allows Qi to charge more Android tablets, which usually require between 7.5 and 9 watts. The improvement of materials and techniques, like the use Litz wire and a method of “sandwiching” the magnetic field between the receiver and transmitter, allows power transfer to be more efficient and minimizes radiated emissions, says John Perzow, vice president of market development at the Wireless Power Consortium (which champions the Qi standard).

While this isn’t the announcement that will suddenly make Qi chargers a great solution for everyone — namely, it still won’t help those with Apple products — it’s another in a long line of incremental improvements to a developing ecosystem of technology.

Wireless charging has seen user adoption progress at a snail’s pace, and since its 2008 debut only about 20 percent of mobile phone users are charging their phones wirelessly, according to an IHS survey of wireless charging knowledge. However, the same study found that twice as many people knew about wireless charging: 72 percent, up from 36 percent in 2014.

And this isn’t despite the industry’s lack of trying; big brands like Ikea and McDonald’s have installed Qi transmitters in their stores, and mobile phone manufacturers like Samsung have embedded wireless charging into their latest devices.

Apple has also been notably absent from the wireless charging field, with the exception of its latest product, the Apple Watch. This isn’t unusual. Many Android-native features, like NFC payment hardware and split-screen app software, have long been rebranded and rolled into Apple’s armory. So while we might see wireless charging in the distant future for an iPhone, don’t expect it to be called Qi.