New bicycles are hard to come by, but your old beater could be ready to ride again. 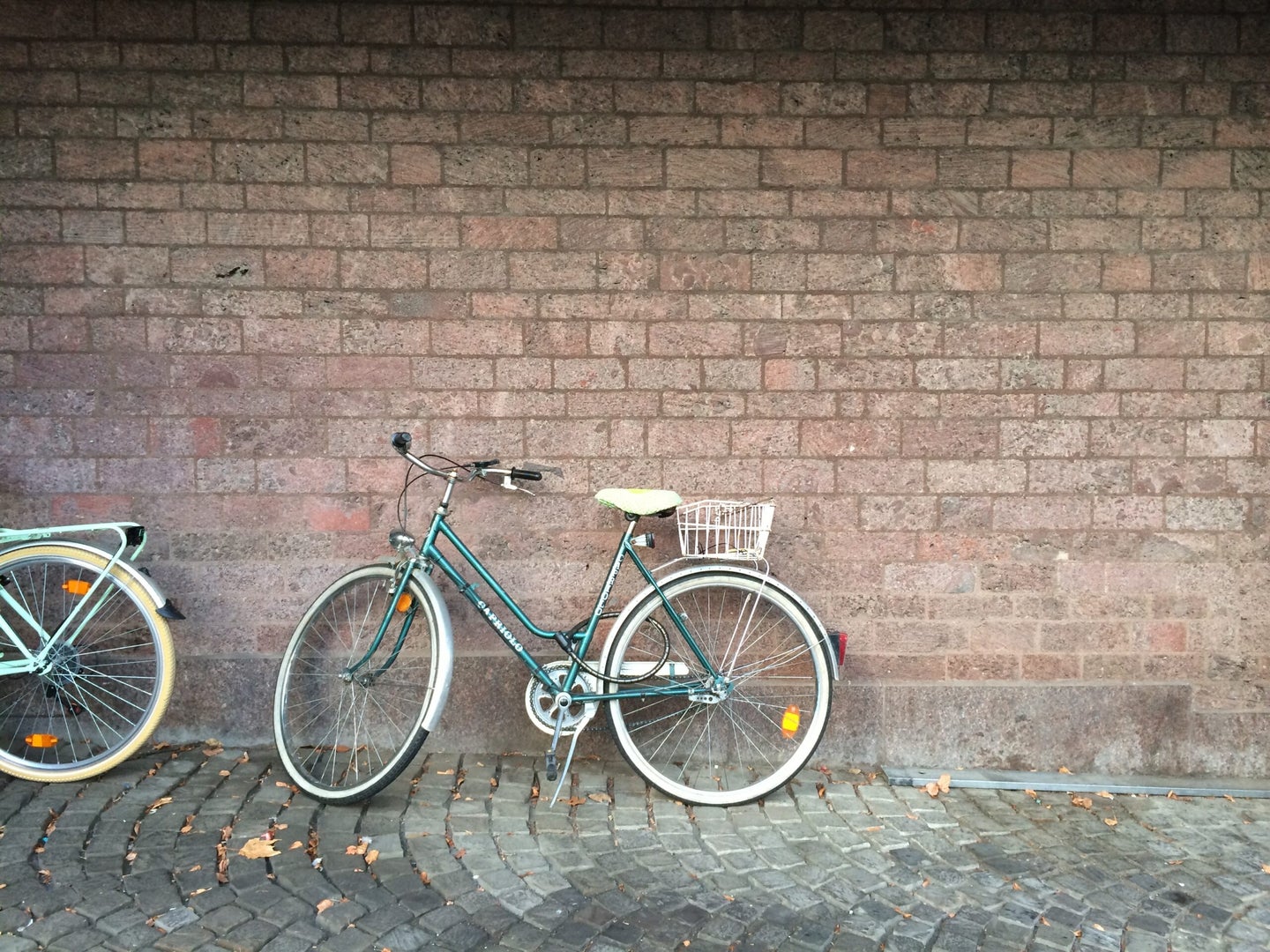 Old bikes can still have a lot of life left in them. Stan Horaczek
SHARE

Like so many things during the COVID-19 pandemic, buying a new bicycle is a lot more difficult than usual right now. Local bike shops are having difficulty keeping anything even relatively affordable in stock, while the racks at big department stores remain largely empty. The shortage has wheeled old bikes into the spotlight. That clunker that’s been sitting in your garage for a decade suddenly seems like an appealing way to get out and get some exercise while avoiding the anxiety-inducing ritual of getting on mass transit.

But, resurrecting an old bicycle isn’t as simple as putting some air in the tires and heading out into the streets. With a few simple tools and a little bit of knowledge, you can figure out what your ride needs before it’s ready to cruise. You can also determine if years of sitting around have rendered it unsaveable.

Wash before you look

Layers of dirt from your last ride and dust from time spent in storage can make a bike hard to inspect. “Wash the bike first with basic soap and water to get a clean visual inspection starting from front to back,” says Leo Garcia, head of Shimano’s multi-services program, which sends teams of technicians to bike events all over the world. Once the bike is clean, it will be much simpler to differentiate between dirt and corrosion.

This is also a good time to get your tools together. Garcia recommends at least a pair of screwdrivers (one flat and one Philips), as well as hex keys in the 4mm-6mm range, and an adjustable wrench. You can get a bike multitool to keep in your kit that will likely have most of what you need in one simple package. A set of cheap tire levers will also cost you a few dollars but make changing a tire much simpler.

Start with the frame

The frame literally holds the entire bike together and structural problems with it can lead to catastrophic crashes. With metal frames, rust is the enemy, but not all oxidation requires the same amount of concern. “If the bike has a lot of rust around the welds—and it’s more than just surface rust—then you need a trained eye to determine if it’s safe,” says Garcia. “It’s probably not worth saving.”

To remove surface rust, a simple paste made of vinegar, baking soda, and a small amount of lime juice applied with a brush is a cheap and effective way to do it.

As Garcia points out, different types of metal frames rust differently. “You can leave an aluminum bike in the elements and it will look bad, but it won’t corrode like a steel bike,” he says. “If it’s a kid’s bike that’s not made of chromoly [a common steel alloy frame material] or stainless, the bike will be more susceptible to corrosion.”

If you’re buying or restoring an older high-end bike, you may be working with carbon fiber. It won’t rust like metal, but it can suffer small stress cracks if stored incorrectly. “If it was thrown in a corner and objects were on top of it,” says Garcia, “then it can form stress fractures that are almost impossible to see with the naked eye.” If you’re unsure, have a professional take a look to evaluate it and keep an eye out for cracks.

Check out the rubber

Parts like grips, tires, and brake pads aren’t designed to last forever and they can corrode from sitting around just as they can from regular usage. Examining those pieces can give you an idea of what kind of condition the overall bike might be in. Old rubber handlebar grips, for example, will typically get sticky and gummy over time. Replacing them will make riding much more enjoyable and provide an indicator that you might want to replace the rest of the rubber around the bike.

Tires and the tubes inside them that hold the air can become dry and brittle over time. Even if you can’t see cracks in the actual rubber, they can form on the inside or on the flanges that hold the tire into the rim. “Tires crack and deteriorate,” says Garcia, “which can lead to a blow up.” Even if you’re not willing to replace the full tires, new tubes—which go inside the tires—are typically less than $10 and having a spare is always a good idea.

If the bike uses rim brakes—which grab onto the sides of your wheel in order to stop it from turning—the pads likely need replacing as well. They will sometimes look powdery as they start to decompose, which inhibits stopping power. Luckily, a new set doesn’t have to cost much more than $20.

Clean up the drivetrain

Once you have a bike that won’t melt down structurally, it’s time to consider the parts that actually make it go. Start with the chain.

It’s difficult to tell how healthy a chain is just by looking at it, especially if it’s layered with years of sticky, semi-dried grease. Garcia suggests running it through a solvent and scrubbing it with a stiff bristled brush to get a good look at it. For a single-speed bike, that may be all you need to keep using the chain, at least in the short term. For multi-geared bikes, however, the chain endures more stress and tension—and old chains can snap under that kind of load.

If you can afford it, you’re most likely better off just replacing the chain completely because it may end up saving your money in the long run. “The chain rollers wear out over time and it won’t move like it should. That will eventually deteriorate the gears, which are more expensive than the chain,” says Garcia. Keep the chain moving with some dedicated chain lube, but only on the chain itself, not on the surrounding parts.

For the derailleurs—the spring-loaded devices that move the chain between gears—and the cranks, a good cleaning will help keep them in working order, but you should also check for anything that feels loose or wiggles. Shift through the gears and make sure the derailleurs can efficiently push the chain where it needs to go. After years of non-use, the derailleurs may need some adjustments to accommodate for variables like degrading spring tension.

The shifters and brake levers mounted on your handlebars need to interact with the derailleurs and brakes in order make them work. They typically rely on cables inside coated housings for that to happen. When those cable housings get damaged, it exposes the metal inside to the elements, which could lead to corrosion and eventually breakage. Even if the metal isn’t corroded, however, it will still have an effect on the overall system efficacy.

“If the housing is cracked,” says Garcia, “it will expand rather than staying fixed in place as you’re pressing the brake levels or shifters. That has a negative effect on performance.”

Once you have all the pieces in place and you’ve replaced everything that couldn’t be saved, you want to make sure everything is secure and in alignment. “If there’s play in the steer tube or the crank set or the wheel hubs, then something is compromised,” says Garcia. “It could be as simple as tightening it.” Or, if the materials have deteriorated, then you’ll need to seek professional help.

You can start by simply tightening any readily accessible bolts that may have shimmied loose during storage. That won’t always fix the problem, however. A seriously wobbly wheel may have compromised bearings in the hub, for instance, which causes it to spin irregularly. Tightening it won’t fix the problem because the mechanism that makes the wheel turn has been destroyed. In that case, you’ll want to replace it..

As you ride, anything that’s loose will likely only get even looser, which is why it’s worth doing a quick check of the parts before and after every ride, especially if you start to notice something making noise like clicking or creaking.

Don’t be afraid to ask for help

Right now, most bike shops and service centers are slammed with customers trying to get tune-ups, so getting a full professional opinion on your ride may be tricky. If you’re buying new parts from a local shop, however, the staff will almost certainly answer questions you may have about installation and maintenance.

Garcia also recommends doing some research to find out if there are any local bike co-ops in your area. They’re typically a great resource for technical knowledge since they’re used to rescuing and rejuvenating old bikes.